Is Skate Safe to Eat? 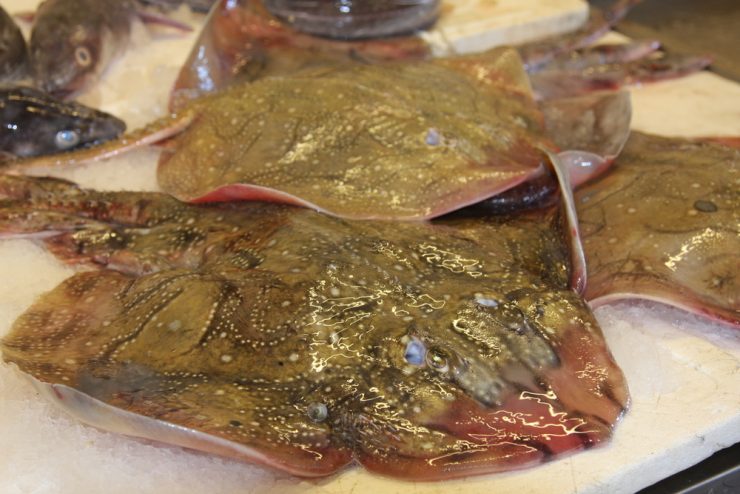 Skate is a unique, strange, and interesting fish. This fish is treated as a delicacy in a lot of restaurants, and they prepare it in complicated and expensive ways to enhance the flavors of this sweet tasting fish. The question is, can you eat skate, should you eat it, is it safe, and what does it taste like?

In this guide, we’re looking at more information revolving around this unique fish, the potential to eat it, and some of the health benefits and risks that may come along with it.

Can You Eat Skate?

You’ll find this strange fish in the North Atlantic region of the country, and it has a variety of different edible and inedible parts. Skate has a lot of sharp spikes throughout the underside of its body that can do quite a bit of damage, so catching and preparing it is a bit of a challenge.

To answer the question in the most straightforward way possible, yes, you can eat skate, but you need to do so cautiously. You need to be choosey about which fish you keep, and the preparation process requires someone who is pretty handy with a knife. For that reason, most people don’t eat skate in their homes. Instead, they leave the preparation to expert chefs and restaurants. 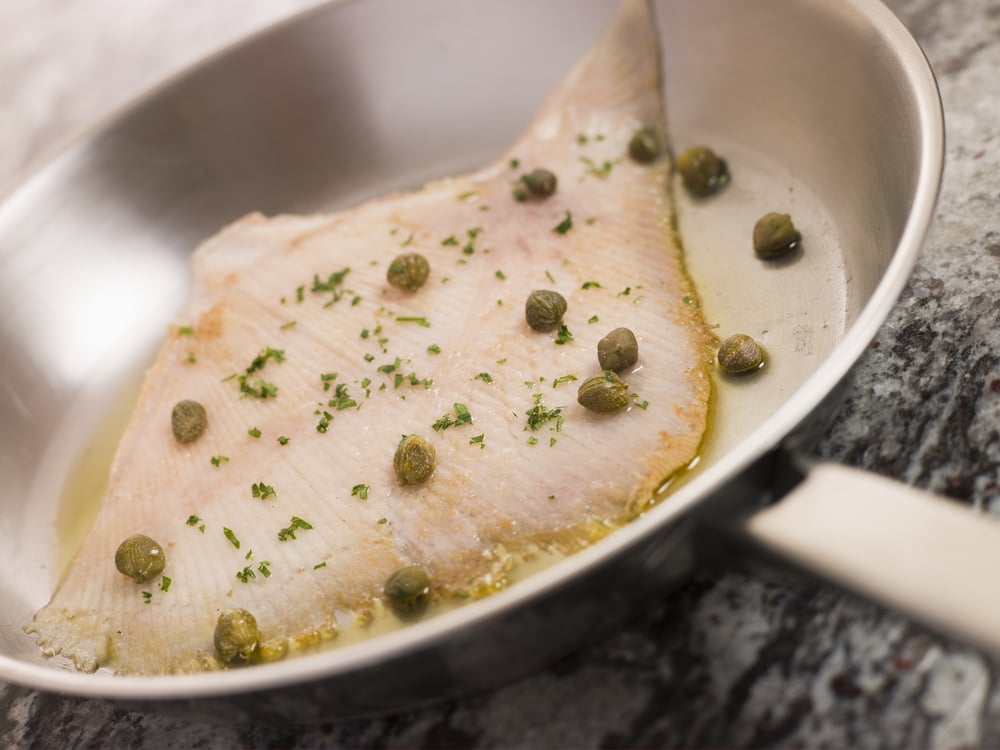 The wings of the skate are the parts most people eat, and popular TV chef Emeril Lagasse compared the taste to that of a scallop. Many put the white fleshy meat into stews while others prefer to saute it and eat it like any other filet of fish. Skate has also become quite popular in Asian infusion dishes, and they frequently use it in soups.

Something that may turn people off from skate is the strong fishy taste. It can be a bit hard to keep down for people who aren’t familiar with this taste. That’s another reason why most people don’t prepare this in their own homes, and if they do, it’s drowned out by a lot of other strong flavors.

Is Skate Safe to Eat?

The issue some have with skate is the excretions that the fish expels through its skin. For that reason, it’s tough deciding whether or not you should eat the fish. Experts suggest that even the faintest smell of ammonia should turn you away from eating it. The fish goes bad very quickly.

Other than that, there aren’t any risks to eating it. In fact, many experts involved in fishing say that more people should be eating skate because it’s wild and USA-caught, so it’s a very clean fish as long as you get to it before its expiration date.

Can You Eat Raw Skate?

No, you shouldn’t and won’t enjoy eating skate raw for a few reasons. The first issue has nothing to do with the edibility of the fish, but it’s the fact that it has a very stringy texture when it’s not cooked. Unless you sliced it extremely thin, you would have a hard time chewing it. The second reason you wouldn’t eat it raw is because of the skin excretions.

Even after you remove the skin, some of those excretions can soak down into the skin, causing it to poison the fish. If you eat it raw, you’ll end up consuming some of that poisonous excretion, which could make you very sick. It’s important that you always cook skate before attempting to eat it.

It’s always fun and exciting to try new things, so why not give skate a try? When caught and prepared properly, it’s a unique and sustainable fish that experts actually suggest eating more of.Dipturus laevis