Is Steelhead Trout or Salmon? 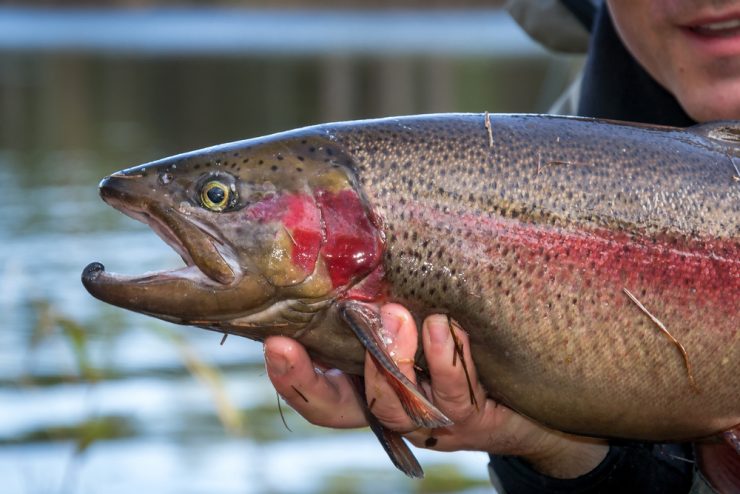 Steelhead is the same species as rainbow trout, and both are a type of ray-finned fish in the salmon family. Confused fishers often wonder, “is steelhead trout or salmon?” because it acts like salmon.

Trout often stay in the same water habitat their entire lives, while steelhead migrates back and forth from freshwater to saltwater. They return to their birthplace to respawn, unlike their cousin, the salmon, who die after spawning.

Steelhead trout is often confused for salmon because the fillets are orange and turn opaque when cooked. Due to their similar taste, you can substitute steelhead for salmon in recipes. Some people prefer steelhead because it tastes less fishy than salmon.

Salmon die after spawning, but steelhead spawns in freshwater and then returns to the ocean. They do this several times in their life cycle. This inspired some scientists to classify steelhead as salmon that are repeat spawners.

Steelhead is the same species as rainbow trout, but they mature differently due to living different lifestyles. Steelhead lives in freshwater for a few years before migrating to saltwater. They return to freshwater to breed.

Interestingly, rainbow trout offspring can become a steelhead if it migrates to a saltwater habitat. Steelhead has to grow larger, so they are hardy enough to survive these conditions. Compared to rainbow trout, steelhead usually grows up to eight pounds.

Since rainbow trout are smaller, they offer less meat than steelhead and also tend to have a fishier taste.