Can You Eat Paddlefish?

Paddlefish are one of the coolest looking fish you’ll ever catch, with their long, paddle-like nose, which of course, gives them their name. Their skin is smooth, with very few scales, making them feel more like a shark than a fish. If you’ve caught one of these beauties, you may be wondering can you eat paddlefish? While they are tough to skin, and even harder to fillet, if you can get past their armor, paddlefish are delicious! 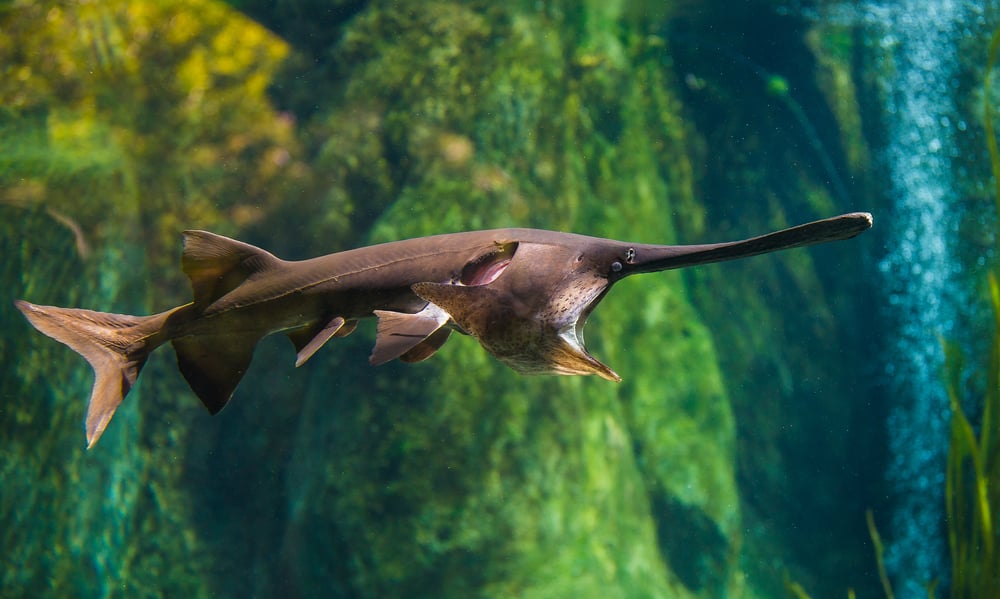 Many anglers refer to paddlefish as living fossils, as they have not evolved much since the times of dinosaurs. For over 300 million years, paddlefish have inhabited the waters of North America and have become notoriously hard to catch.

The eggs of the Paddlefish freshwater sturgeon (Polyodon spathula) that inhabits in the lakes and rivers of Mississippi, Tennessee, and Kentucky are used to make American Paddlefish caviar (or paddlefish roe).  Caviar with silvery eggs and an earthy flavor from our own rivers.

In the Mississippi and Tennessee rivers, this caviar is obtained from the American Paddlefish or Spoonbill.  Although Paddlefish roe is slightly smaller than most other caviars, if Hackleback is more akin to Sevruga in flavor, Paddlefish matches it in appearance, with silver-grayish pearls.  The taste is earthy rather than crisp, but it’s still buttery. 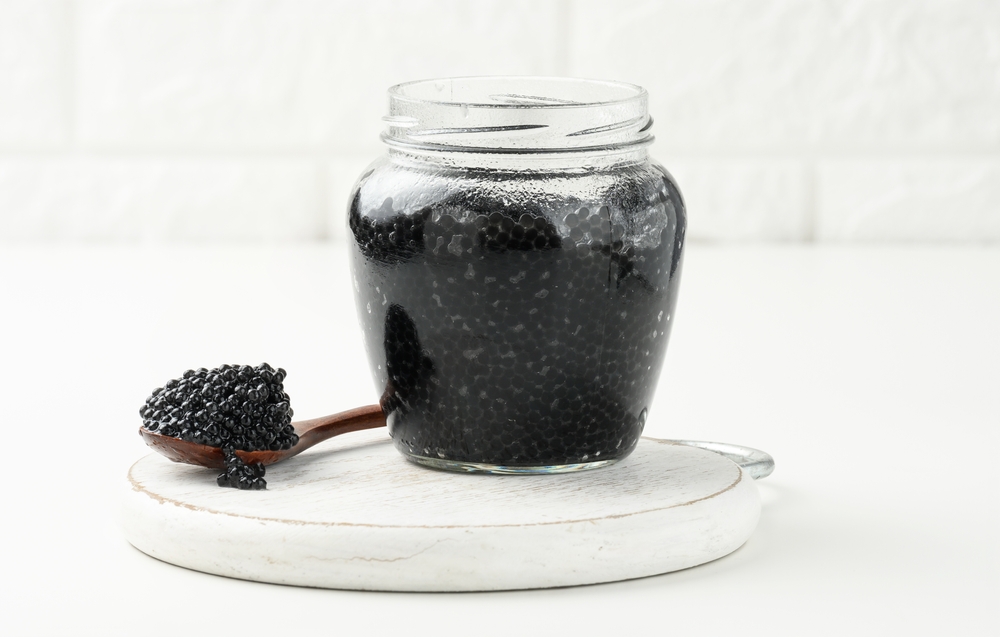 If you’re lucky enough to catch one of these incredible creatures, you absolutely can eat it and you’ll enjoy every bite, if you prepare the meat correctly. Since they are difficult to catch, most paddlefish are pretty old when they’re pulled from the water. This means that unless you take proactive steps, the meat can be very tough and chewy. For this reason, it is recommended that you brine paddlefish in saltwater brine for about 48 hours to tenderize the meat.

Paddlefish can have a strong fishy taste, so if you prefer a milder fish, add some brown sugar or other sweetener to your brine. This will pull out the fishy flavor some and add sweetness to the meat. The texture of paddlefish is like a pork chop, and the most popular preparation is to cut the meat into thick steaks. Then, they can be cooked in any way you would normally cook a steak (grilling is an excellent choice).

Paddlefish can be eaten raw, but it is not recommended because it is typically the texture of rubber when it is cold. Therefore, you need to add heat to tenderize paddlefish meat and make it worth eating. It is worth noting that the eggs of the paddlefish are in extremely high demand as caviar. In some places, people will pay up to $7.00 for a small mouthful of paddlefish eggs!

In many places where paddlefish are caught, there are limits on how many eggs you can possess (in Oklahoma, it’s three pounds), and you’re only able to possess the eggs from one paddlefish. Moreover, you aren’t allowed to transport these eggs over state lines. These efforts are put in place to prevent people from harvesting paddlefish solely for their eggs. Since a 40-pound paddlefish can yield up to 10 pounds of eggs, you can see why these laws were necessary!

As mentioned above, the most popular way paddlefish is eaten is as steaks, but there are other preparations that result in tasty dishes, including for stews, in curries, and as a component of gumbo or jambalaya. Baking or broiling paddlefish are two of the healthiest ways to prepare this fish, just as they are for most other types of fish, but deep frying paddlefish is tastier, even if it is not as healthy!

Paddlefish is one of the most versatile fish around because they are typically huge and prove a significant amount of meat, which means you can experiment with various preparations even if you’ve only caught a single fish. Just be sure to do some work before cooking to make the meat as tender as possible. Otherwise, you could end up with a chewy steak instead of the flaky, tender fillet that paddlefish can be.