Use These Baits for Ice Fishing Success

In the winter and in cold temperatures in general, fish are less active and less prone to biting. This can be a problem for ice anglers, so when the artificial lures aren’t working, it’s time to break out the live bait. Ice fishing with live bait can be more effective, since fish can smell the real prey and may be more likely to bite. 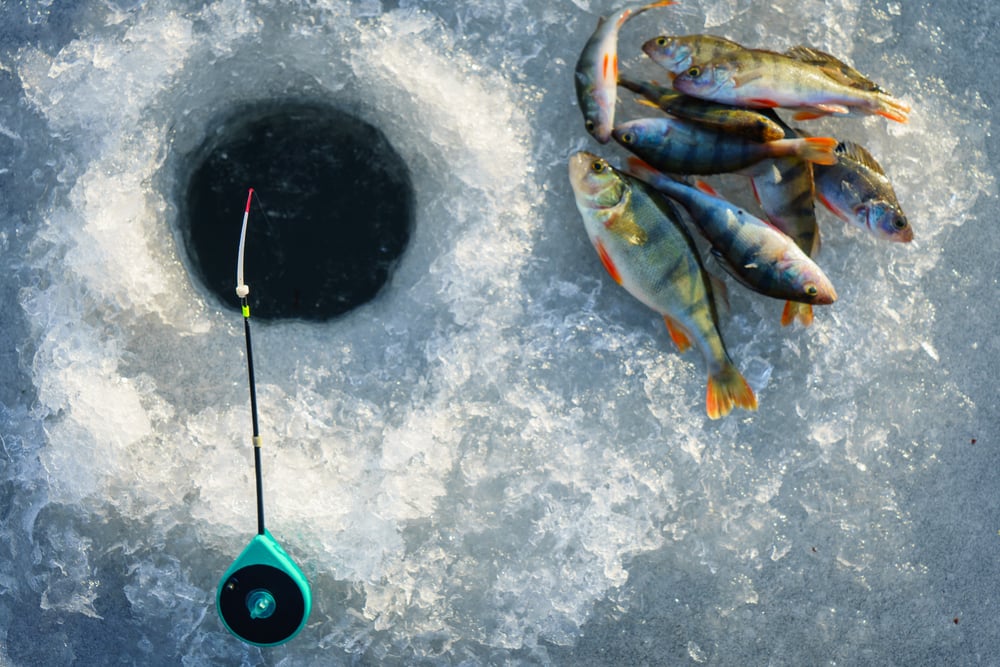 Jigging is one of the most successful styles of ice fishing, and most ice fishermen will attach live bait to their jig to improve their chances of making a catch. It’s important, then, that you know what bait to use when you’re ice fishing. Use our list of the best ice fishing bait to prep for your next ice fishing trip!

Live bait works wonders out on the ice, but it helps to know which bait works the best. These baits are the top choices from expert ice anglers.

Maggots, and more specifically, spikes, a type of maggot, are one of the best choices for ice fishing bait. While these crawlers are unappetizing to us humans, fish will be lured in.

Spikes are small, so they’re often used for catching smaller panfish. They can catch larger species as well, however, and they are inexpensive and easy prey to use. If you’re trying to catch a larger fish, hook multiple spikes. Other larvae work great as well!

Nightcrawler worms are the most classic fishing bait, and for good reason. They are extremely versatile, so they work well for hardwater fishing as well. Nightcrawlers are easy to hook, inexpensive, and their shape and movement are sure to attract a catch.

If you’re trying to catch walleye, trout, perch, or pike through the ice, try using a worm. Since they’re bigger than other live bait like spikes, they often work better for targeting larger species.

Wax worms are an ice fishing favorite! These small worms are actually the larvae of bee moths, and ice fishers often refer to them as waxies. Waxies aren’t a natural prey of fish, but they work great when it comes to luring them in, especially through the ice.

Wax worms are smaller than normal worms – they’re only about an inch long. This means that they’re often used for catching smaller species like panfish, but they have been known to attract larger fish as well.

Minnows are another popular and versatile bait. They are natural prey to many fish species, so fish are familiar and more likely to bite them. Minnows are great for catching fish like perch, pike, walleye, crappie, and more.

Some states do not allow live minnow to be used as bait. Check if your state allows live minnows before fishing with them. If they aren’t allowed, dead minnows will do the trick as well. 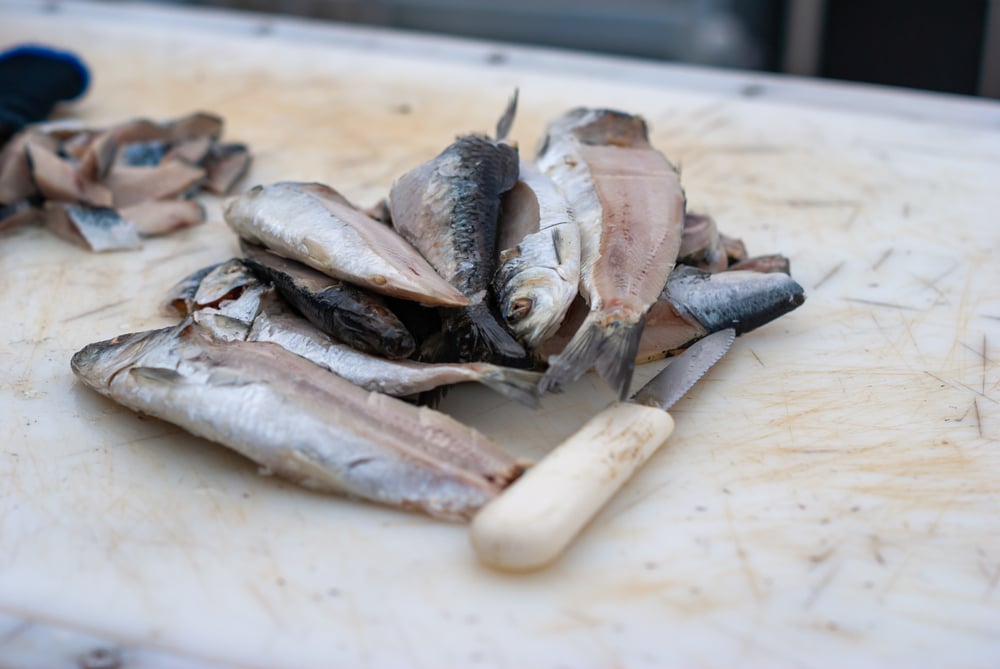 Cut bait is actually just small pieces cut off of a larger fish. You can choose from a wide variety of fish to use as cut bait, but popular options for ice fishing are whitefish or shad.

Since fish are slower and less likely to bite in the cold, it can be hard to lure them in. Cut bait has the added benefit of extra scent, since it is meat cut directly from a fish. This scent can be wildly successful at helping catch fish through the ice.

Use these common baits to make your next great catch out on the ice! If you prefer artificial lures, there are plenty of ice fishing lures and jigs to choose from. Make sure you have all the proper ice fishing gear before you head out!