Can You Eat Atlantic Bonito? 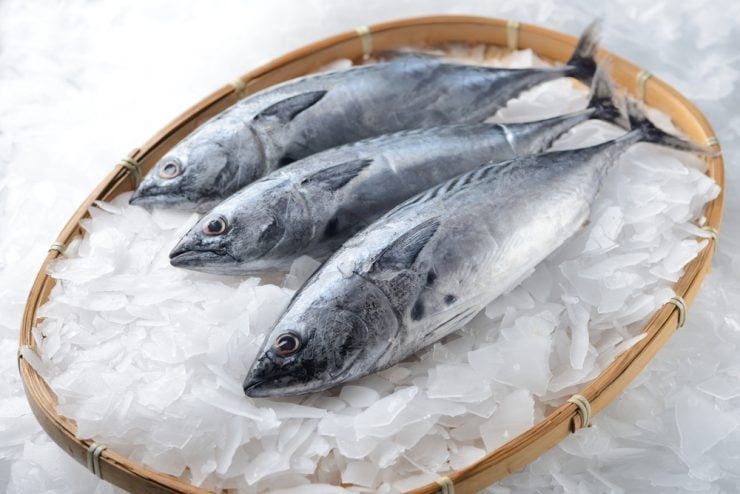 Atlantic Bonito are members of the mackerel family, and their dark meat resembles that of tuna. Commonly found in the Atlantic Ocean, off the coast of southern states, you’re probably finding these fish on the end of your pole quite often. This might make you ask: can you eat Atlantic bonito? While they are a lot fishier tasting than fish with white meat, they are edible, and in fact, can be quite delicious!

Are Bonito Good to Eat?

While bonitos are perfectly safe fish to eat, they are an acquired taste; one that is typically only pleasant to avid seafood lovers. They are very oily fish and have a strong fishy flavor, which is a detriment to many would-be fish eaters. If you’re looking to try a bonita fish on your plate, you will want to start with a young one, which will not have meat as dark as the older ones and will contain less fat.

Even though bonitos resemble tuna both on the outside and the inside, bonitos have a stronger flavor than tuna. Even if you like tuna, you might not be a fan of bonitos. However, you won’t know unless you try it! You can grill, bake, or fry bonitos just as you would any other fish. The smaller, younger fish won’t have a lot of meat on them, but if you get several, you could have a very nice meal. 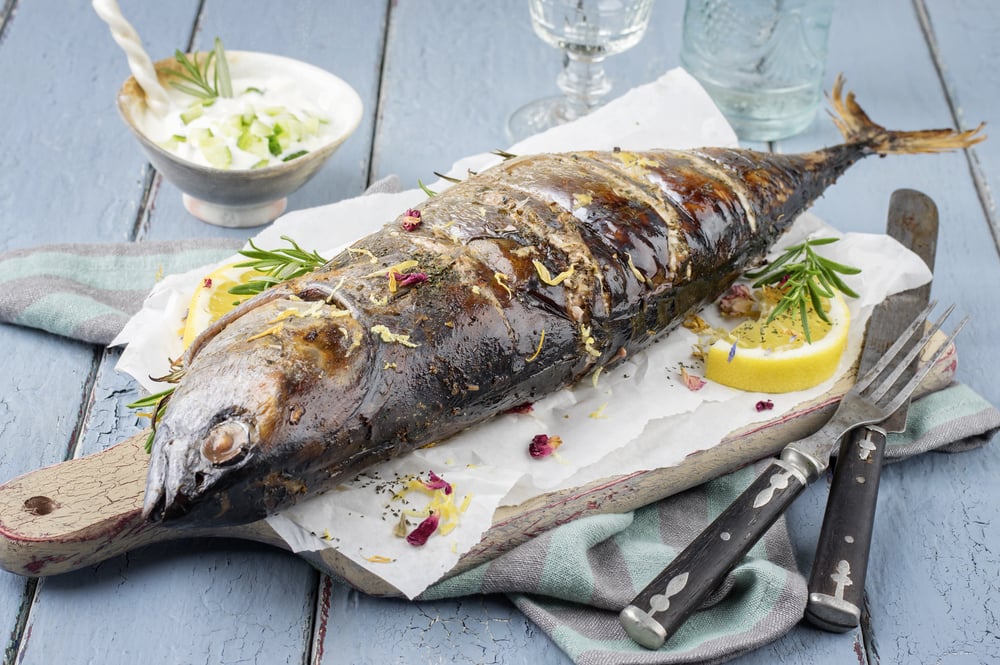 “Bonita” is the singular, feminine form of the word “bonito,” bonito” is the masculine form, and “bonitos” is the plural form. We are clarifying this because we want you to know that all three words refer to the same fish. Sport fishermen love catching bonitos because they are fast and put up a huge fight when hooked. These fast fish are often seen in large schools and grow as large as three feet long, and weigh up to 12 pounds.

As mentioned above, bonitos are strong-tasting fish that somewhat resemble the flavor of tuna, but they’re more like a cross between a mackerel and a tuna. The meat isn’t as dense as tuna meat and is quite a bit oilier and fattier as well. This, of course, applies more to older and larger bonitos, as the younger fish won’t be as oily or as fishy tasting. Countries like Turkey consider bonitas a delicacy when served grilled with other strong flavors.

Even though bonitos typically have a very strong flavor, some people do enjoy it raw. It is safe to eat and can be served with either the skin still attached or skinned. However, even the most ardent sashimi fans agree that before serving it raw, bonitos should be marinated in some sort of acid just as saltwater, vinegar, or soy sauce to reduce the fishy flavor. Another popular way to serve raw bonitos is as ceviche.

You might have heard that bonitos are poisonous when eaten raw, but this is not the case. Japanese sushi chefs call bluefish bonitos, but they are not related to the bonitos caught in the United States. Bluefish have a high chance of being contaminated if not frozen right away. Even then, they should not be eaten raw. Do not worry about the bonitos caught in the U.S. though, as they are safe to eat in any form.

Bonitos are popular fish for eating with many anglers and seafood lovers, but they can be extremely fishy tasting, so it is recommended that you start with a young bonita rather than an older one to make sure you don’t get turned off from the strong flavor right away. You can enjoy bonitos cooked or raw, but you will want to marinate the meat before any preparation.