Can You Eat Fish Bones?

We’ve all eaten fish that haven’t been fully cleaned and gotten a bone or two in our mouth. We usually pull it out and put it on our plate, but sometimes, we might wonder can you eat fish bones? The answer is somewhat surprising since we’ve typically been taught to remove all bones before we cook our fish. However, fish bones are completely edible. Here’s more information on this common myth. 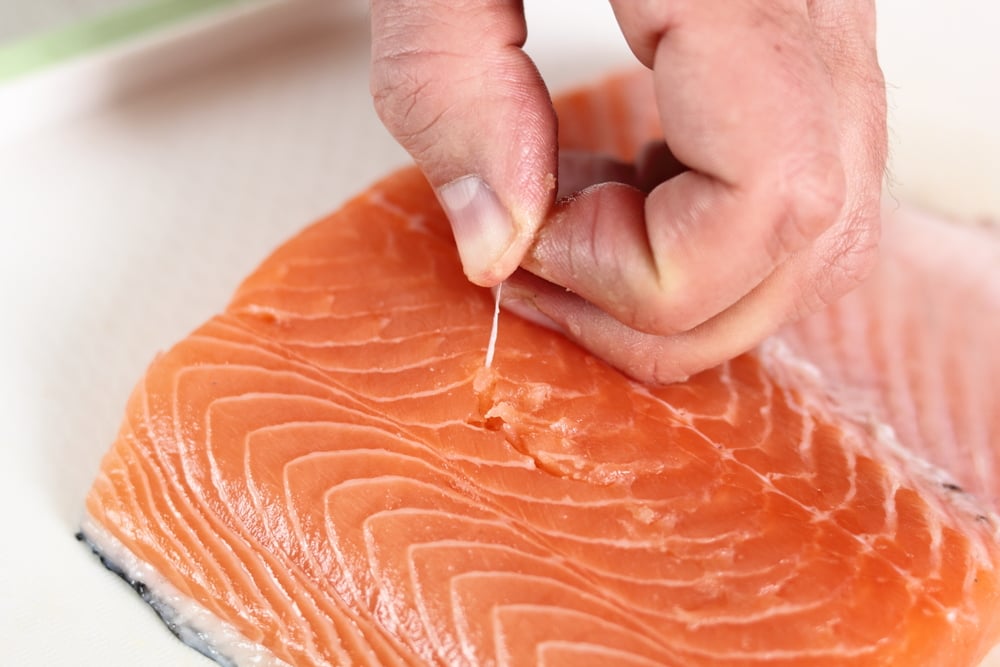 In most cases, humans do not eat fish bones, especially those of large fish, because they pose a choking hazard. Typically, large fish are deboned before they ever hit the oven or frying pan, and even if they’re not removed prior to cooking, most consumers will pull the meat off the bones when eating. Sometimes, fish bones are boiled with the fish flesh to create a soup, but again, when it comes to eating the bones, they are mostly avoided.

The biggest concern about eating fish bones is that they can become lodged in the throat and cause a person to choke. However, they can also break easily and if swallowed, can puncture various organs or cause an abscess to form as the body tries to expel the bone. In most instances, though, if a fish bone is accidentally swallowed, it will harmlessly travel to the stomach where it is dissolved by stomach acid.

The truth is, fish bones are entirely edible, and in some parts of the world are even eaten on a routine basis. Bones are known to contain a variety of nutrients, such as iron and calcium that are actually good for your body. People who are sensitive to dairy products or other food that contains significant amounts of calcium have been known to substitute fish bones for these other items to get the calcium their body needs.

There has been no widely studied research on the safety of eating fish bones; however, emergency rooms across the world are replete with stories of people who have been injured by fish bones. So, it really comes down to how the size of the bones and how they are prepared as to whether they can be considered safe to eat or not. For example, the bones of small fish like sardines are eaten all the time.

As expected, fish bones take on the flavor of whatever fish they came from. This means that some will be fishy tasting, while others will be milder. One of the best ways to eat fish bones is by deep fat frying them. Fried fish bones are actually a popular Japanese snack that can be found at many bars. If you leave some fish meat on them before frying, they’ll crisp up like potato chips and be just as crunchy.

When eating fish bones as part of the whole fish, as with sardines, you won’t taste the bones separately from the fish. You will only know you’ve eaten the bones because they may be slightly crunchy. However, you should still soften the bones of these small fish by using a pressure cooker to make sure they are easy to eat.

Fish bones can be eaten raw, but care must be taken not to choke on them. For this reason, raw fish bones should be ground or chopped up into small enough pieces that they will not get stuck in your throat. Be aware that unless the bones are ground, they could still be sharp enough to puncture your esophagus or stomach.

While fish bones contain quite a few nutritious substances, most of the time, it’s best to avoid eating them to stave off the danger of choking or other disasters. However, if you’re looking to try fish bones, consider deep fat frying them the way the Japanese have been eating them for years. Just be sure to chew them well to ensure you’re able to swallow them safely.