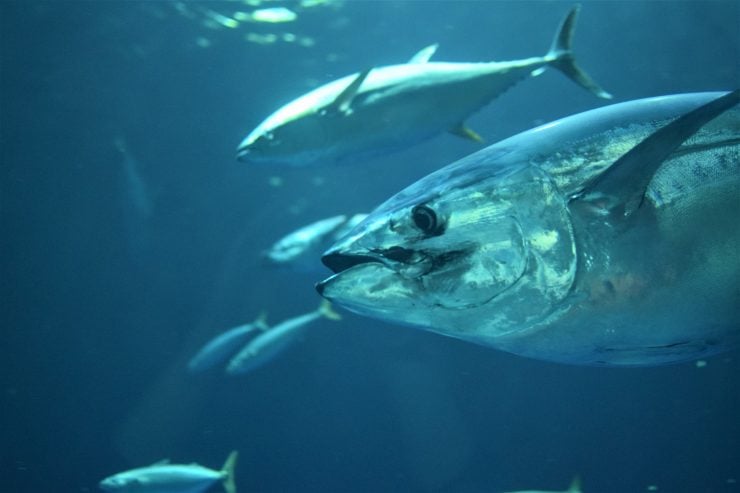 How Long is Tuna Fishing Season?

Tuna is one of the most popular species of fish to target, both because it’s fun to catch and delicious to eat. But when can you catch tuna?

Tuna fishing is also dependent on how harsh or how mild a winter you had in the outgoing season. If it is mild, you can gear up and go for fishing right away in June, but if the winter is harsh, then tuna fishing season will be off to a belated start in July and will have a shorter window of time than normal.

How Long is Tuna Season?

Tuna is one of the most sought-after fish species in the United States of America. Usually, the fishing season continues for six months, but for some anglers six months seems to be insufficient. There are some valid reasons that can explain why so many anglers want a prolonged session. Tuna offers an adventurous fishing experience that gives anglers the perfect chase. Plus, seafood lovers really prize tuna meat.

The Sunshine State is dubbed as the fishing capital, so it’s not shocking that it doesn’t have a limited tuna fishing season. Still it doesn’t mean that you will be able to secure brilliant success throughout the year. The best months for tuna fishing range from May to September.

Louisiana is another place that offers year-round tuna fishing. The Pelican State is home to a wide range of water bodies in which you can find tuna fish in different times of the year. In addition, you will find a number of tuna species such as yellowfin, blackfin and bluefin tuna.

Tuna fishing season in California starts in July and ends in September. During these months, the balmy weather offers the best opportunity for a nice day of fishing. Hop on a boat and fill your buckets up to the brim. Even if you miss out on the prime time, you can start fishing as early as April and continue fishing as late as November.

In northeastern states like Massachusetts and Maine, tuna fishing season can range from early June through November, depending on weather patterns. You can catch Atlantic bluefin tuna off the east coast, along with other species. The prime time for tuna is in August and September in this region.

Tuna fishing season should last a few months, but when it exactly begins and ends will depend on your location and the weather patterns. Stock up on the best tuna lures to prepare for tuna season this upcoming year!