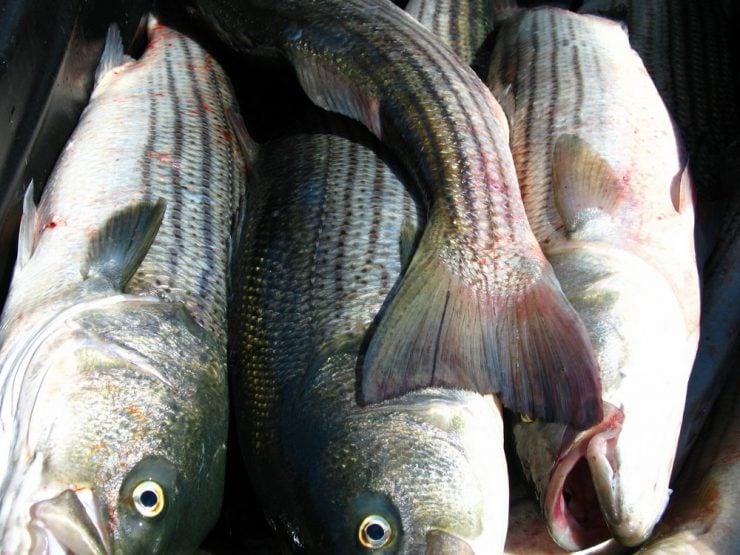 At one point in time, the striped bass was an abundant species found in fresh or saltwater up the Atlantic coast from as far south as Louisiana and the Gulf of Mexico and as far north as the St. Lawrence River. But are striped bass endangered today?

Other factors that affected the striped bass at the time were loss of habitat and the new construction of barriers, such as dams, that blocked the species from their spawning grounds.

To rebuild the striped bass population, Congress put into effect the Atlantic Striped Bass Conversation Act. This law went into effect in 1984.

Multiple states, including Virginia, Delaware, and Maryland, imposed moratoria (bans) against fishing for striped bass until 1989.

During this time, over twenty separate fish hatcheries participated in the idea of rearing and stocking striped bass, which helped the species recover from near destruction.

By 1995, the striped bass population was classified as restored, with high population counts that prove the species is no longer endangered or limited.

Today in 2021, the survival of the striped bass species is a source of pride for all those involved with restoring the population to its former glory. Many consider striped bass the poster child for successful fishery management as this species is no longer overfished or limited in population.