When Do Striped Bass Run in Alabama 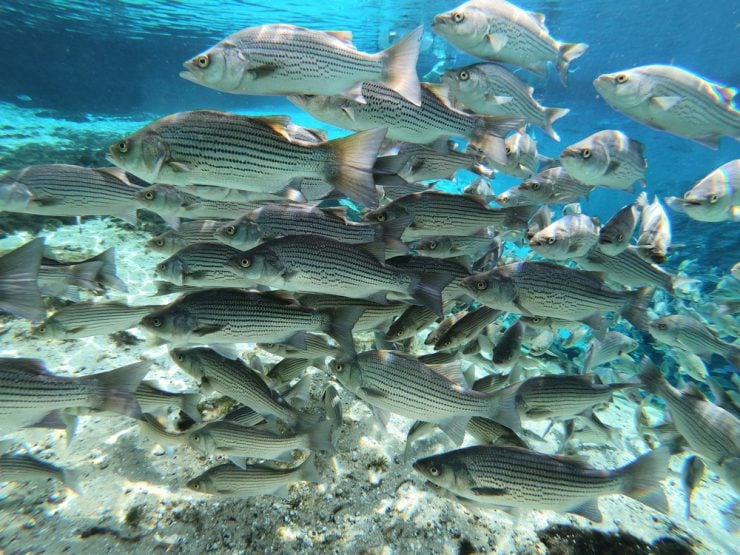 In Alabama, nothing is more anticipated for fishing anglers than the annual striped bass run. This activity is a sign from the universe that another year of fishing season is about to start.

As the 23rd in the country for the most water (52,419 square miles with 1,500 miles of inland waterways), Alabama is among the top states to fish for striped bass.

Striped bass is an abundant species throughout Alabama rivers and lakes. Two of the best locations are Lake Martin, which has many trophy fish, and Lewis Smith Lake, which has the highest number of fish.

The record for the largest striped bass fish occurred in the Black Warrior River. This massive catch weighed a whopping 70 pounds.

Many people wonder, when do striped bass run in Alabama?

Striped bass engage in runs, which is when they travel from their everyday saltwater habits into freshwater biomes to spawn (breed). These runs occur in the Spring, usually in March.

Conditions that affect the spawning season include water temps that get above the mid-50s. Most anglers recommend fishing for striped bass when it’s cool outside, both in temperature and due to the time of day. You’d have the best luck during early morning fishing trips.

You’ll find stripes hiding downstream of spawning beds pre-spawn, such as bridges built over tributaries, rip-raps, and along the edges of deep channels. You can also locate them around tailwater dams.

When fishing for striped bass in Alabama, it’s a toss-up whether you’ll bring in an Atlantic Coast or Gulf Coast strain. Stripers are less abundant in Alabama’s northern areas but native south of the Fall Line, predominantly in the Mobile Basin.