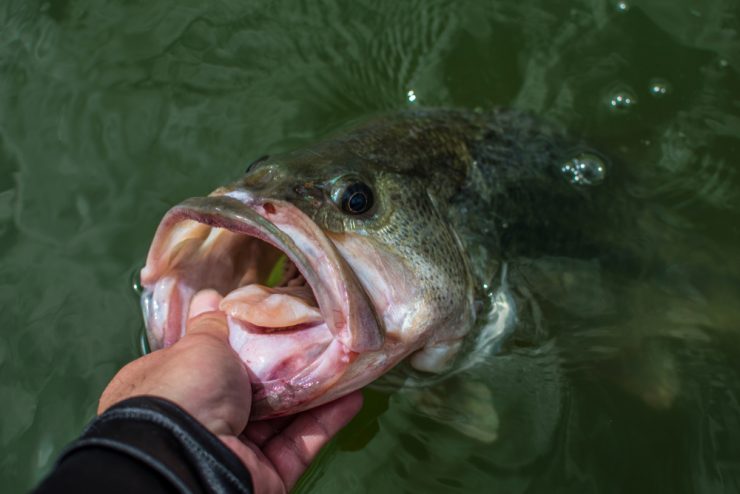 With such a large state, there are plenty of places you can go to fish. The true challenge is finding a lake in Texas that will give you the best results. Bass tend to dwell in similar conditions everywhere, so if you know where to look you will do just fine.

Since Texas is so large, there are plenty of things to do and places to fish. With about 200 bodies of water in the state, it can be a little tricky to find a lake that has everything you were looking for. Some of these bodies of water are for swimming and others are for fishing.

It might take a little research on your part to find out which lake would be best for your preferences. If fishing is what you desire to do in Texas, keep some of these lakes in mind if you ever want to check them out for yourself.

Some of the most well known natural lakes are Caddo Lake, Formation, Green Lake, and Eagle Lake.

Texas is well known for being one of the top producing states of trophy largemouth bass. This is good news for fishermen everywhere, because you can find largemouth bass in almost every lake in Texas. Even though you can find them anywhere, there are still some lakes that have proven to be better than others.

These are the Best Lakes for Bass Fishing in Texas:

This lake was formed by taking 26,000 acres of water from the Frio River. Choke Canyon is supported by creek beds, timber, and other structures. This fact, plus the weather of South Texas is what consistently allows for this lake to produce quality black bass. Even though the lake is a little secluded and far away, those who decide to take the trip to Choke Canyon often get giant bass.

This lake is often referred to as one of the top trophy bass lakes in the country. Lake Fork has plenty of visitors both from in and out of the United States. The reason is because these anglers know that by fishing at Lake Fork, more often than not, they will catch a trophy largemouth bass. In fact, more than half of the top 50 bass in Texas have come from this lake. If you want to up your bass game, this is the lake to go to.

Lake Amistad is located near the town of Del Rio, Texas. It was formed when there was a dam on the Rio Grande in 1969. This lake is slightly more secluded, but that only adds to the appeal of the clear waters. Lake Amistad is quite large: it covers about 70,000 surface acres. Not only is this lake great to catch trophy bass, it is considered one of the most scenic lakes in Texas as well.

This lake is located on the border between Texas and Mexico. Falcon Lake had been suffering from a drought which has not been good for the bass population. However, the drought has turned around and there has been an increase in water which help bring back the big bass to the lake. Due to the lake regaining it former glory, it has become one of the most consistent producers of quality bass in the United States.

It is clear that Texas has a clear advantage when it comes to bass fishing. It is definitely the place to go to try your luck and catch even bigger bass then you thought you could. Make sure you have the proper gear. These bass seem like they are going to put up a fight, but they will be well worth the struggle it takes to catch them.

For more of the best fishing locations, tips, and fishing gear, check out Fishmasters.