Can You Eat Bluegill? 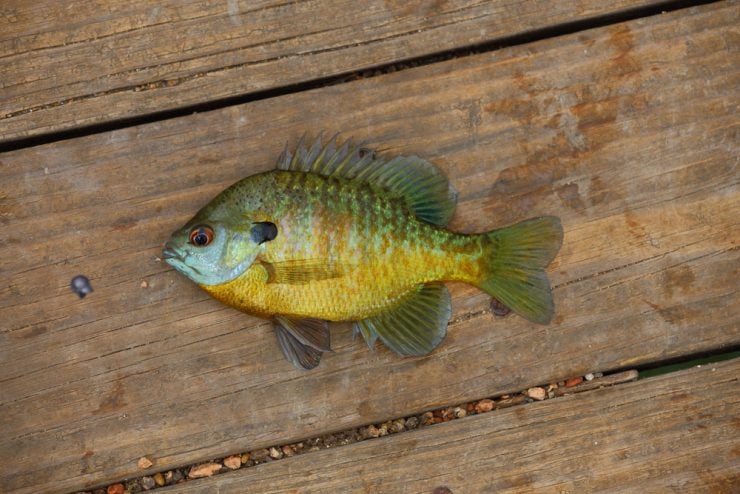 Native to North American waters, bluegills are a popular and easy-to-catch fish, especially among new anglers. If you love the excitement of fishing and catching your dinner, you might be left asking your fellow anglers, “Can you eat bluegill?”

Bluegills are tasty, edible, and a popular campfire meal. Once you know where to find them, catching, cleaning, and preparing them is a breeze. It might even become one of your new ways of providing dinner for your family.

Yes, Bluegill is a common fish to eat throughout North America.  Bluegills are small fresh water fish that like to dwell in shallow streams, rivers, lakes, and ponds. They are not an endangered species and are often found throughout the United States and Canada. They are non-toxic and can be eaten once descaled, gutted, and filleted. As this fish is easy to catch, the bluegill is a standard first meal among beginners who want to catch and eat their trophies for food.

The best time to go fishing for fresh bluegill is during the late spring and early summer when water temperatures start warm. Male bluegill will aggressively defend their habitats and commonly hide in weed beds, creek channels, and deep points that don’t have many disturbances. Some lakes and ponds are stocked with bluefish just for fishing. 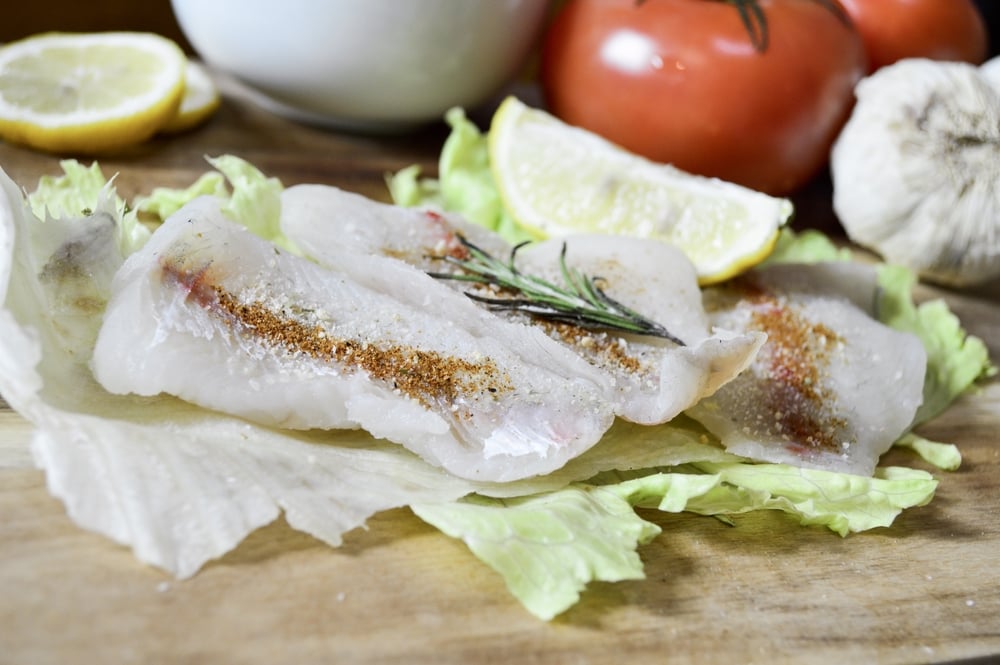 Many anglers think of bluegill fish as better-tasting than other panfish, such as crappie or perch. Bluegill is firmer and flakier, and its meat comes loaded with more flavor, although these fish run relatively small in size, averaging around six-inches long. Unlike perch, bluegill doesn’t have a fishy taste and is often limited to being deep-fried or pan-fried. Many people enjoy beer-battered and fried bluegill, which is a popular item in many restaurants.

Bluegill is edible and is often cooked in a pan over heat, which is why they are known as “panfish.” They are popular as a campfire meal since many people go fishing during their camping trips and cook over an open flame. Plus, bluegills only eat insects or other small fish, so you don’t have to worry about them being contaminated as you do with bottom-feeding fish.

The best way to cook a bluegill fish is to saute their fillets with salt and pepper before wrapping them in foil and baking them over a flame with Italian seasoning. 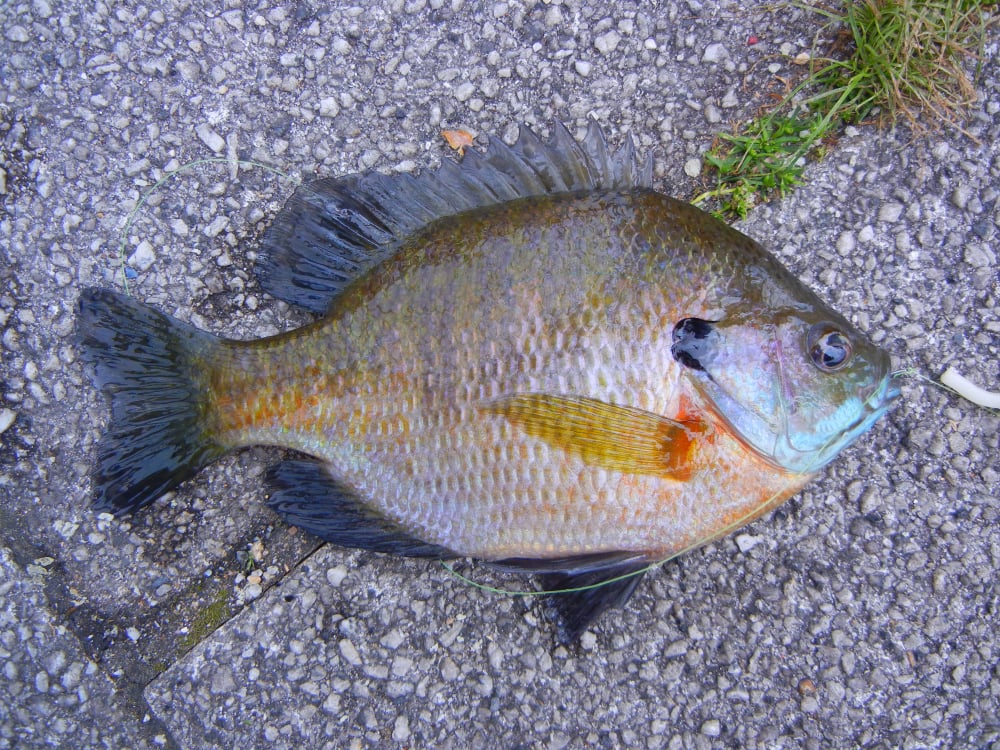 Is It Safe to Eat Bluegill?

It is safe to eat wild-caught and farmed bluegill as long as it is properly cleaned, cooked, and prepared. Bluegill is low in calories and free from carbohydrates, making this an excellent addition to your regular diet when broiled and served with veggies. Deep-fried bluegill is tasty and preferred by many, but isn’t as healthy as baked or grilled.

Bluegill isn’t just one of the most popular sportfish in the U.S., but they are also one of the tastiest freshwater fish. Best saved for an outdoor barbecue, you can bake, broil, or deep fry it to perfection. Whether you’re a beginner or seasoned fisherman, the bluegill is likely to be on your menu in the future. 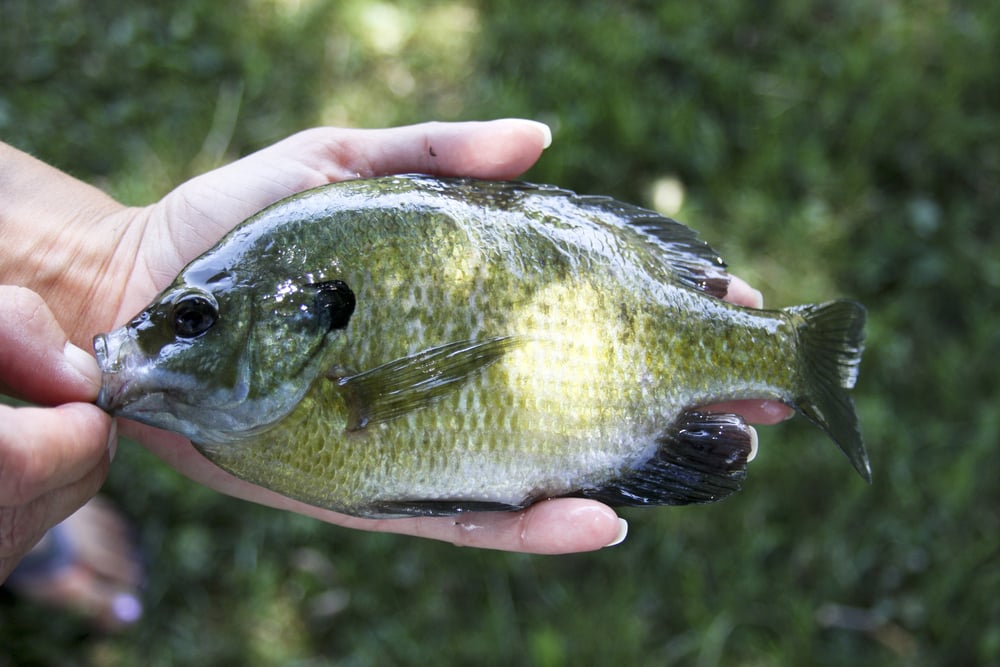 Can You Eat Bluegill Raw?

While you can eat freshwater fish raw, we don’t recommend it because cooking brings out its best taste (unless used in sushi). As long as the waters where you catch it aren’t polluted, it is generally okay to eat raw. Even freshwater fish are susceptible to being infected, and it is best practice to cook it to 140 degrees Fahrenheit before eating.

Though bluegill is less likely to be contaminated with parasites than most other fish, it is still a good idea to make sure it is cooked all the way through before consumption. There is always a risk when you choose to consume undercooked seafood.