Home > Bait > Can You Eat Crawfish?

Can You Eat Crawfish? 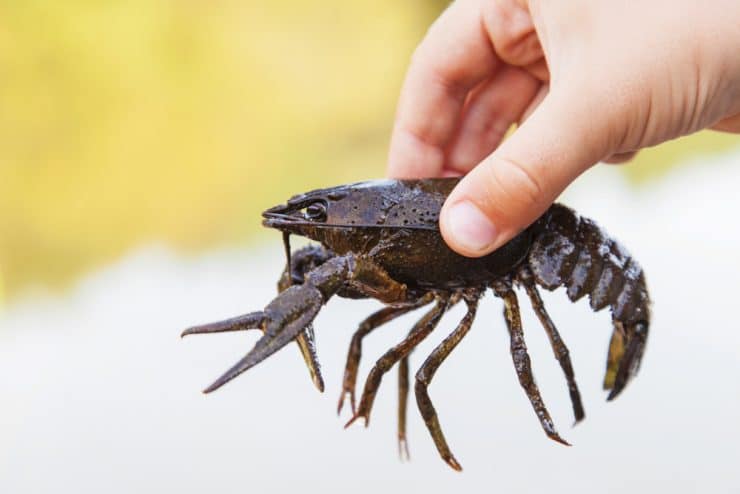 Crawfish are one of the most beloved crustaceans throughout the United States and are affectionately (and confusingly) known by many different names.

Yet, despite their notoriety, many people are uncertain of whether or not these not-quite-crabs, not-quite-lobsters can be consumed safely, often pondering the question, “Can you eat crawfish?”

If this question has stumped you, wonder no more. Here you’ll learn more about the ever-popular crawfish and safety considerations for consumption.

The term “crawfish” refers to a group of crustaceans that live in freshwater bodies worldwide. There are approximately 330 species of crawfish in the United States alone, and the state most well-known for them is Louisiana (LA), home to 39 crawfish variations.

Interestingly, crawfish lead a relatively flexible semi-aquatic lifestyle. When the swamps’ and wetlands’ waters dry up, you will find them in burrows and ditches near the recently emptied water rivers, lakes, and streams. Luckily, the burrows are typically only about 40″ deep; however, they can get pretty complex. Some even feature “chimneys” and 1′ tall entrances!

Crawfish are a popular type of bait for bass fishing.

Whether you’re looking in the water or in underground burrows, remember that the average crawfish essentially looks like a small lobster. Their shells are often very richly colored, ranging from dark orange to deep brick red.

On average, you can expect a red swamp crawfish to reach between 5.5-12 cm (2.2-4.7″) in length. These critters can pack on more than 50 g (0.1 lbs) in 3-5 months, so they grow relatively quickly both in the wild and aquatic farms. The southern white river crawfish are comparable in size, but they can get slightly longer at 13 cm (5″).

Note that these are not the only crawfish species in the U.S., as mentioned earlier. These are merely two of the most popular types in the country. Other well-known species of crawfish include:

Upon looking up these species, you may discover that scientists commonly refer to them as “crayfish.” You may not even be too familiar with the term “crawfish” yourself! Luckily, the distinction between the two (discussed below) is quite easy to explain. 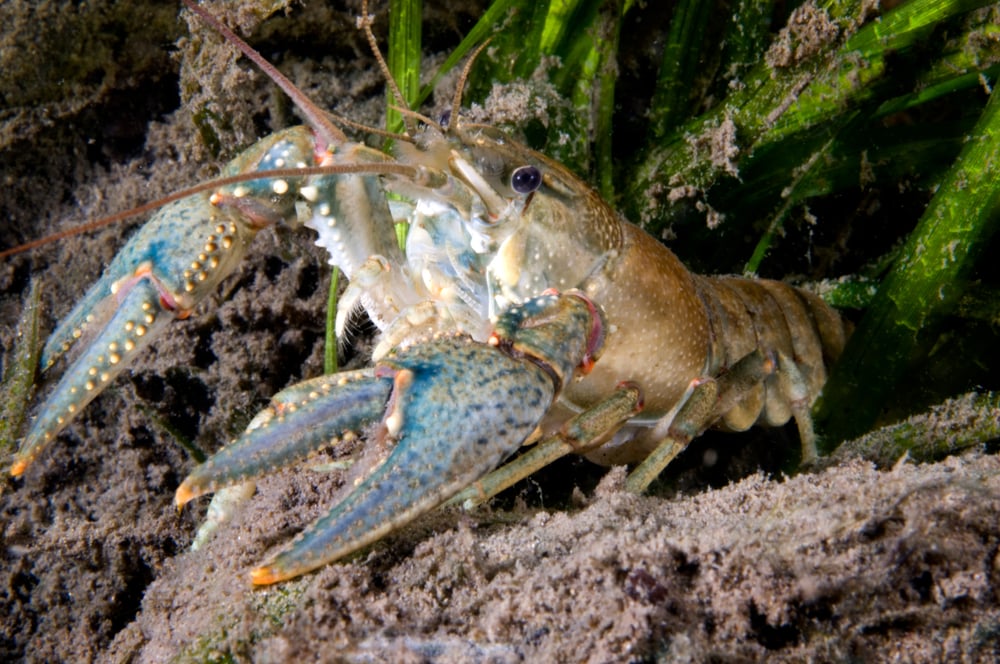 Both terms, “crawfish” and “crayfish,” refer to the same animal. The difference between the two words is not the species being referred to but merely a regional language preference. There is even a third variation of the animal’s name: “crawdad.”

You are more likely to hear this third version west of the Appalachians. (You might also hear its close variants, “crawdaddies” and “crawdabs.”)

“Crawfish” is by far the most popular name that Americans use, but “crayfish” is a close runner-up.

The context in which you encounter a crawfish will influence the name you find as well. For instance, if you’re buying a crawfish in the market, you might find the crustacean labeled as any of the following:

These are all terms that allude to its appearance as a small lobster.

No matter which name you know it by, the crawfish is one of the most popular little crustaceans in North America for a wide variety of regional cuisine, which begs the question: Is it safe to eat? 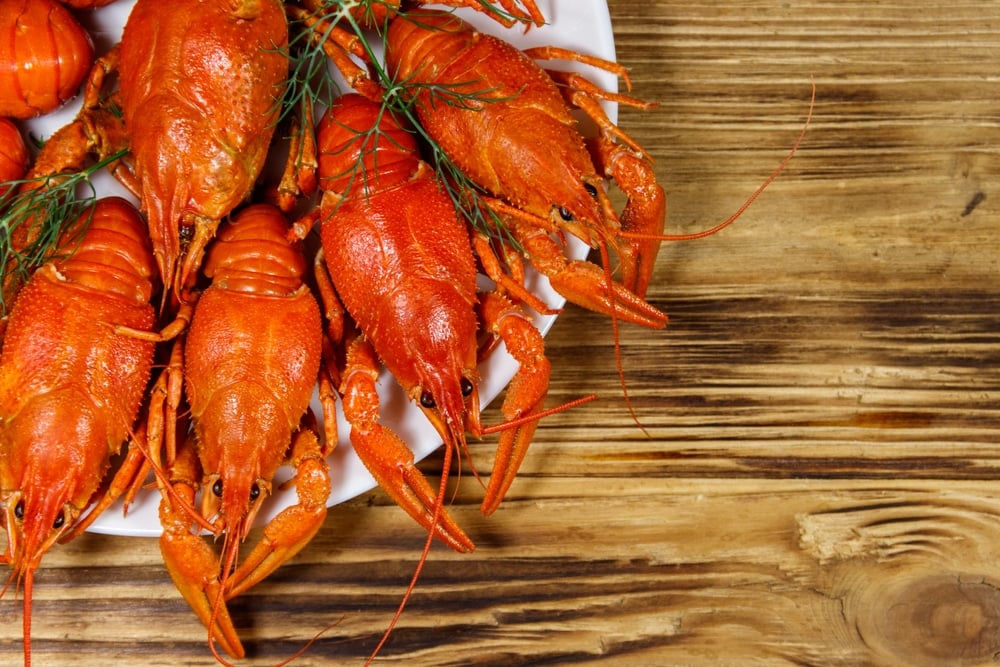 Is it Safe to Eat Crawfish?

So, now, the big question: “Can you eat crawfish?”

It is safe to eat crawfish as long as you cook your catch thoroughly and properly. The Centers for Disease Control and Prevention warns that undercooked crawfish – like all underprepared seafood – can lead to parasitic infections, mainly “lung flukes” (a type of trematode).

Although this infection occurs quite rarely, it is still crucial to keep in mind. Despite its name, it does not only affect the lungs but can damage the brain and skin as well.

The best way to avoid this danger is to ensure that your crawfish is thoroughly cooked, namely by preparing it in a hearty crawfish boil.

Make sure to clean your crawfish first, and when they’re ready to go, boil them for three minutes and then soak for 20 minutes at 160°F. Depending on your precise recipe, you may need a few more steps to complete your meal. 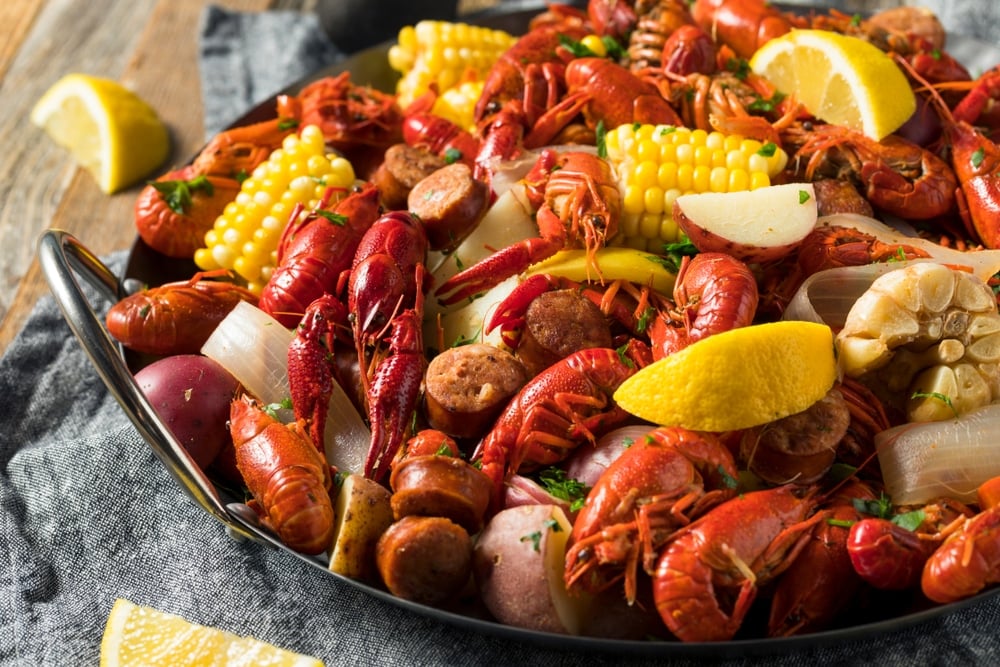 Crawfish are delicious and often described as a blend between crab and shrimp. They are very savory, although they do retain a small amount of sweetness.

People often lump crawfish into the general “seafood” category, although this isn’t quite accurate, given that they are a freshwater species. Additionally, although their flavor is comparable to many water-bound crustaceans, the near lack of sweetness and mild saltiness is an immediate giveaway that they don’t quite belong in this group.

Of course, the flavor of your crawfish will largely depend on how you prepare it. Most people eat crawfish as a part of a Cajun meal, enhancing the savoriness and saltiness. You might find that the taste slightly varies depending on which part of the crawfish you’re eating, too.

No matter what, though, these are some of the tastiest critters you’ll find in North American waters.

Pregnant women can enjoy crawfish just like everyone else, as long as they are fully cooked. If you are an expectant mother, it is best to avoid any form of undercooked or raw crawfish and similar foods.

Crawfish also have low mercury levels, which makes them significantly safer to eat when prepared correctly. However, they should still only be enjoyed in moderation, according to Ochsner Health.

In summary, can you eat crawfish? Absolutely! Whether you know these animals as “crayfish,” “crawdads,” or any other name under the sun, these crustaceans are safe to eat for all, including pregnant women (in moderation). There are well over 300 species to choose from in the U.S. alone, so get out there and make your catch today for some good eatin’.