Can You Eat Flying Fish?

Flying fish have the unique ability to gracefully glide through the air to escape their underwater predators. Then, once airborne, they encounter their feathered enemies in the sky, literally trapped between the devil and the deep blue sea. Can you eat flying fish? Definitely, and what a tasty treat it is, too. 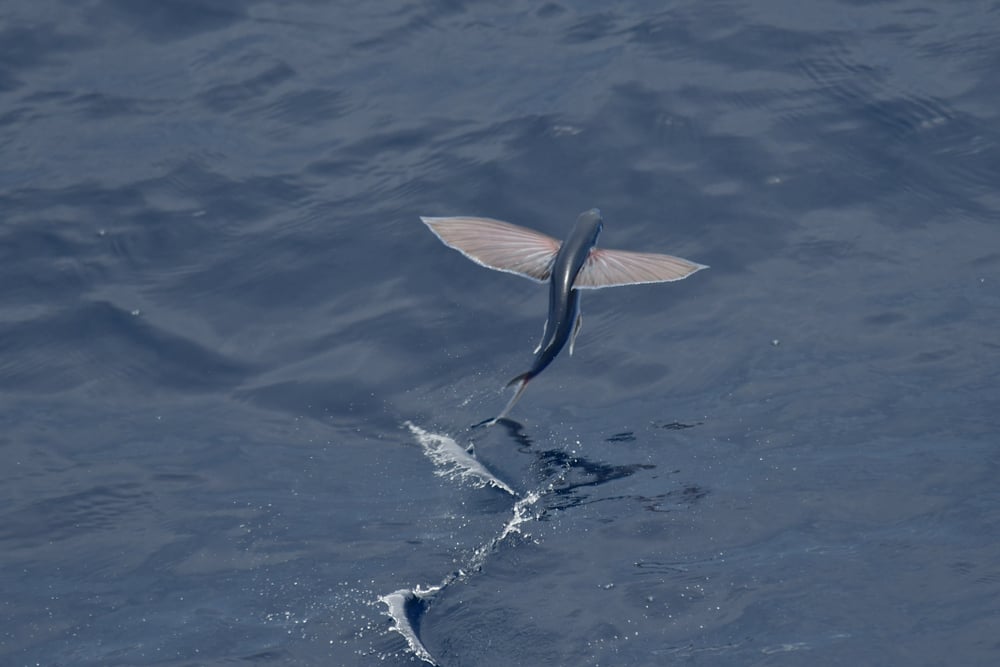 Exocoetidae got their name because of their ability to jump out of the water to avoid predators such as marlin, mackerel, tuna, and swordfish. Their sides are a silvery dark blue-gray on top that fades to silver. Flying fish have unevenly forked tails and enlarged, wing-like fins.

Some flying fish only have two wings, but others, such as the Cheilopogon or California flying fish, are four-winged with enlarged pectoral and pelvic fins. There are more than 40 species of flying fish. They can grow to 18 inches and live for approximately five years.

These fish fly out of warm water all over the world. They are found in both the Atlantic and Pacific oceans along our coasts and prefer the open ocean. Flying fish eat mostly plankton, but they will sometimes eat small crustaceans. 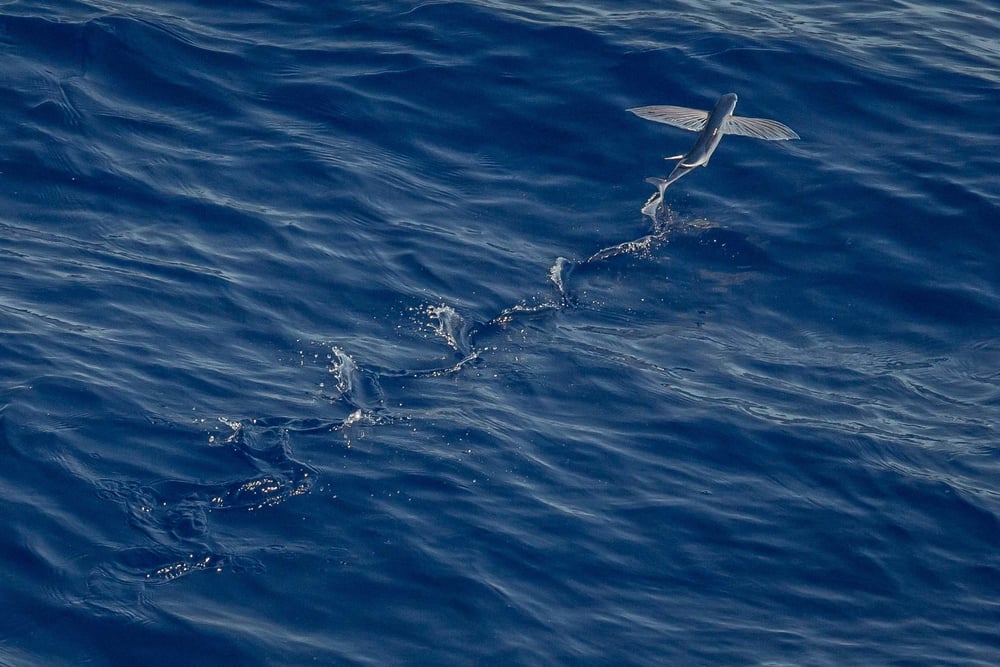 How Do They Fly?

Flying fish cannot really fly but rather glide through the air. When they swim, they keep their fins flat against their streamlined bodies. When they get close to the surface, they flap their unevenly forked tails to propel themselves at speeds of 10 to 20 miles an hour out of the water. Once in the air, they spread their wing-like fins to glide through the air. They can “fly” for distances of up to 600 feet.

Flying fish has a mild taste close to that of a sardine. The flesh is moist, slightly oily, but those who tried it say it is absolutely delicious. It is prepared in many different ways, from fish cakes to macaroni bakes. 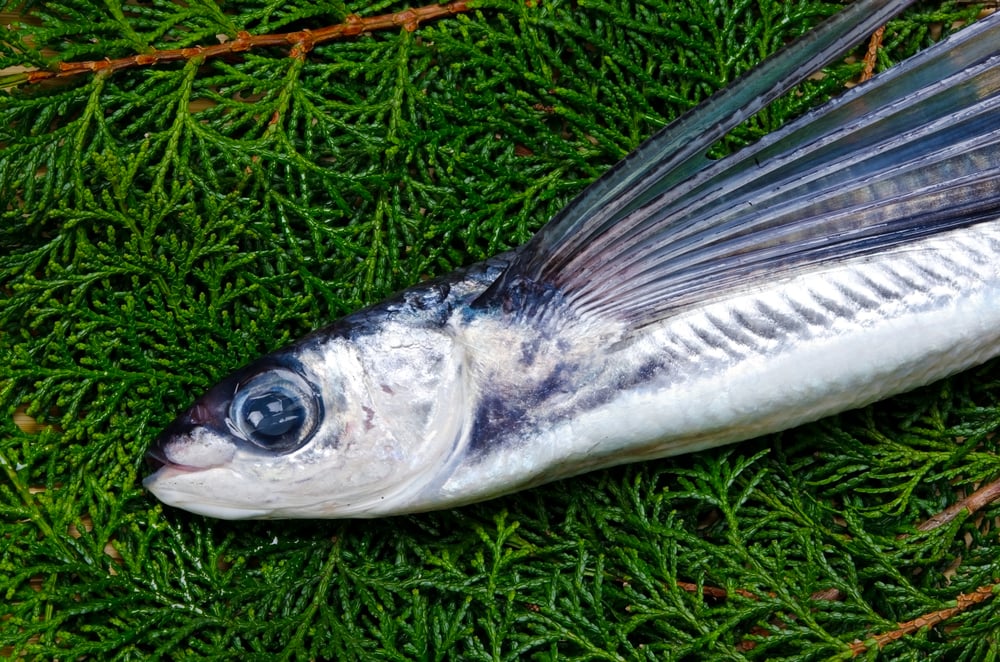 How does flying fish dipped in crushed peanut butter or shallow fried in soft breadcrumbs with Bajan seasoning sound? The Bajan mixture of herbs, spices, and oils compliments the flavor of the fish and is served with anything you can think of, from pumpkin fritters to spinach.

Flying fish roe are used in the preparation of sushi and as a garnish for other fish dishes in Taiwan and like most traditional foods, can now be eaten all over the world. Flying fish eggs are harvested and then quickly flavored with spices and colored green, black, red, or orange to make the famous Tobiko. The eggs are then immediately frozen. Tobiko has a mild and salty taste with a crispy texture. Sometimes vinegar or wasabi are added to the Tobiko for flavoring.

Like most marine fish, it is best to eat flying fish when it is fresh. Flying fish, in particular, must be prepared right out of the water. It does not keep well, even for a short while.

Flying fish is just as healthy as any of the other deep ocean fish on the market. It is packed with nutritional value that keeps your blood pressure down and your heart and brain healthy.

This tiny pretty fish, with its silvery color and beautiful fins, has enchanted sailors for centuries. It is a symbol of luck, and it is said that dreaming about flying fish will bring you great success.