Can You Eat Halibut Skin?

Halibut is a popular type of fish that can be enjoyed in a couple of different ways. Many describe the taste of halibut as being similar to that of tilapia. It’s actually a favorite of many people around the world because of its mild taste. There a various parts of the halibut that are sought after, but you may not have thought twice about its skin. So, can you eat halibut skin? 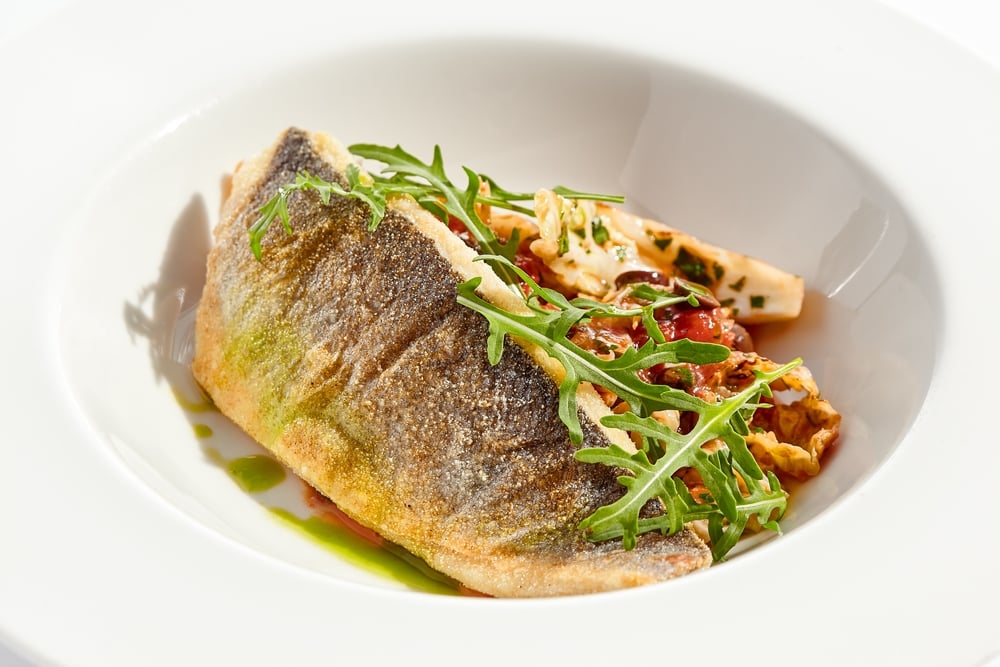 Contrary to what you may have heard, you can actually eat halibut skin, but you probably don’t want to. The skin is quite tough but does play a role in keeping your meat from falling apart when it’s being cooked. There is no harm in consuming the skin, but it is going to be difficult to chew and not really worth the effort.

It is very useful to keep on when cooking though, as it will make the meat cook better and keep it all together. After it has been cooked, much like the skin on salmon, it can simply be peeled off and discarded.

The skin itself isn’t going to have a taste that is desirable. It is tough and likely rubbery in texture. The halibut itself is a very tasty fish that many enjoy, so there is really no need to go tasting the skin. It is not going to look appealing and it’s likely that the taste isn’t very appealing either. It is best to enjoy the parts of the fish that are going to taste good! That’s most of this type of fish.

If you have the stomach for it, the skin can be eaten, but it is very tough and would require a lot of chewing. Because it is unlikely that the skin would taste good or even offer any type of nutritional benefit, there is no reason to go chewing away at it. The rest of the halibut, including the cheeks, which are a delicacy, are all not only edible but delicious!

Instead of being too adventurous and trying halibut skin, opt to just enjoy the fish.

No. There is absolutely no reason to eat halibut skin raw. Even when cooked, the skin is very tough and would be hard to get through. Plus, it would certainly not look appetizing raw, nor would it taste anything other than slimy and fishy. There are many other types of fish that can be consumed raw, and it would be far better for you (and your stomach) to look elsewhere for a raw treat.

There is no harm in eating halibut skin. The fish itself is not poisonous, and there are no other undesirable elements you would have to worry about. That being said, it probably isn’t something that you’re going to want. The rest of the fish is also perfectly safe to eat and is going to taste good, unlike its skin that would be chewy and likely have an odd taste.

Halibut is a popular fish that many people from all around the world enjoy. It has a mild flavor that is sought after by many. When it comes to eating its skin though, skip it. There is no benefit to eating the skin of this fish as it is very chewy, tough, and likely isn’t going to taste good at all. Just stick to enjoying halibut and use the skin only to keep the meat together when cooking this fish.