Can You Eat Peacock Bass?

Peacock bass can be found in many parts of the world, and in many places, they are considered a game fish. They are actually predatory fish and their presence in certain waters was due to accidental escapes. This can be an issue in some locations if they end up feeding on other smaller, native fish. Sometimes, you may even see this type of fish in an aquarium. But, can you eat peacock bass? 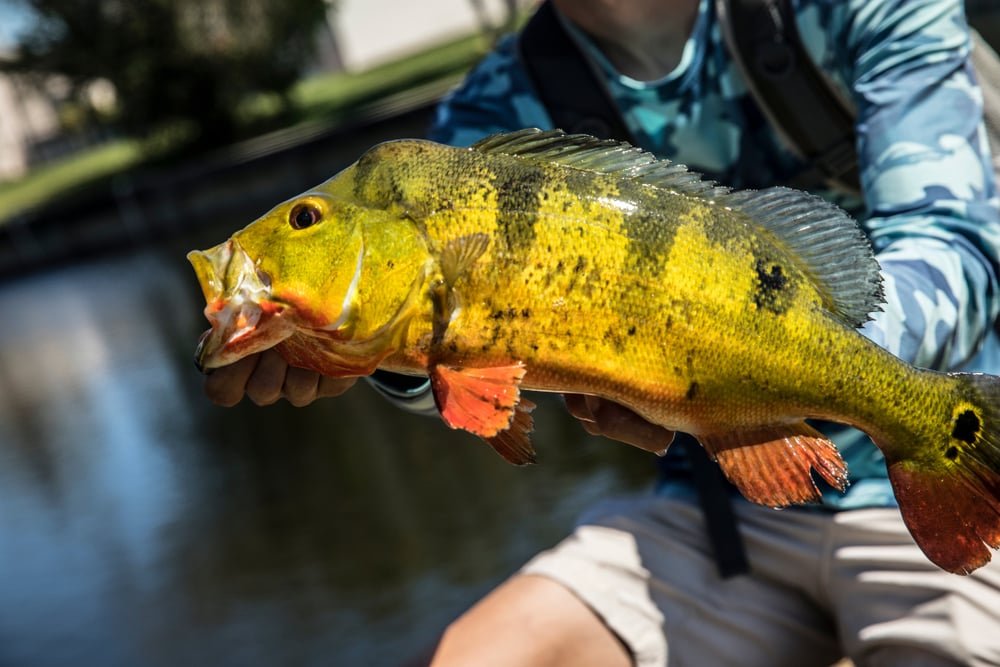 Yes, you can eat peacock bass. However, in America specifically, there are limits for this type of fish as their numbers have been dwindling. So, if you are planning to catch this type of fish, just make sure you check local laws first.

This type of fish is not only one you can eat but one that is quite tasty! There are many ways this type of fish can be eaten, and among anglers, it is a favorite. When it comes to eating quality, this fish is high on the list. 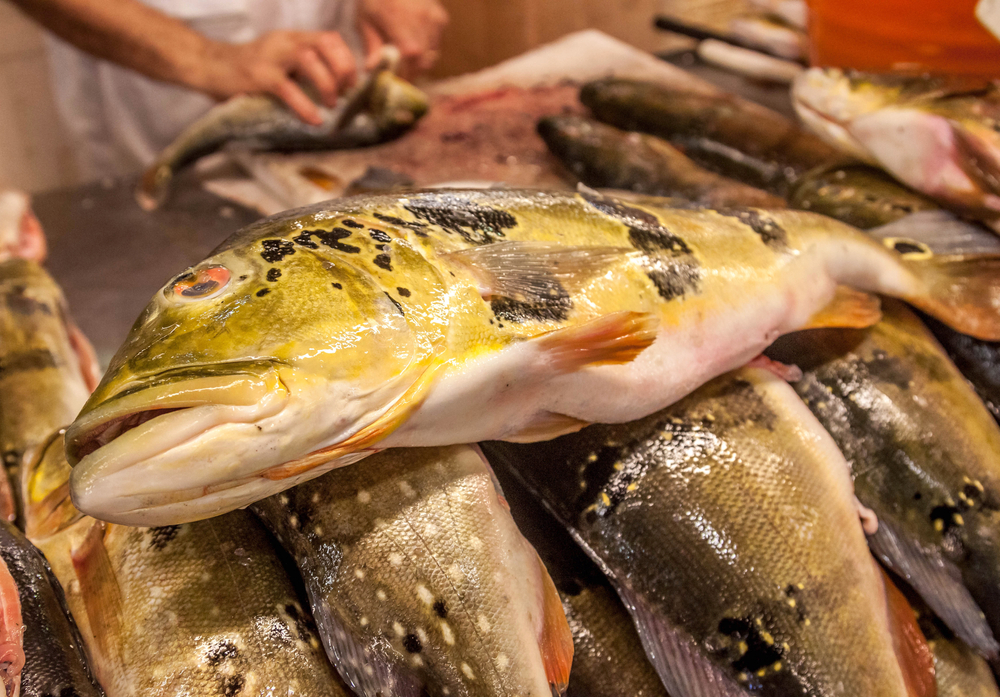 Peacock bass tastes very good. The meat is of the white variety and can be quite sweet when cooked. It is described as being similar to grouper and snapper because it has a lot less oil than other types of fish. It is not overly fishy, making it a favorite among fish-lovers and also those who don’t eat fish often.

Unlike other types of fish that tend to fall apart after being cooked, peacock bass fillets will actually remain rather firm. This is a preferred texture to many. The flavor of this fish, however, will vary depending on how it’s prepared. Many different herbs and spices can be used to prepare this type of fish and that’s going to slightly change its flavor. 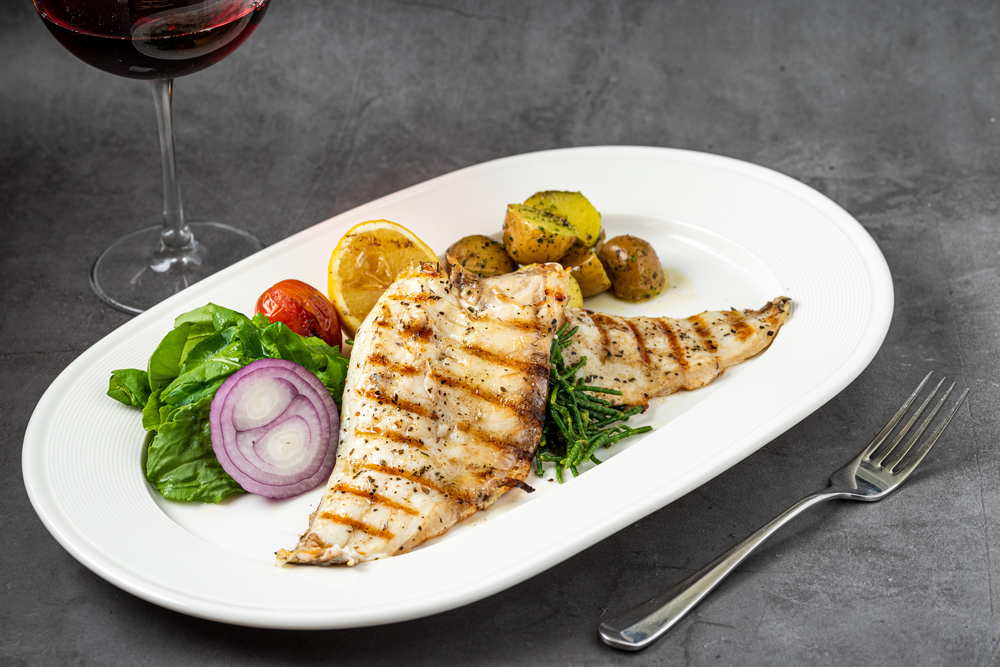 Yes, the peacock bass is edible, and, for many, a favorite. It also has fewer bones than other species, making it a bit easier to cook. It also has good texture and consistency compared to other types of fish. The not-overly-fishy taste even draws those who don’t regularly consume fish to give this one a try.

The peacock bass is a relatively clean fish in comparison to others and it would be safe to eat. However, that doesn’t mean that it would taste as good raw as it would when cooked. Because of the lack of oil in this fish, it would taste best when cooked along with some herbs and spices. Sushi is a very popular way to enjoy fish, but it would be best to opt for another type of sushi aside from peacock bass.

Because there are so many different types of sushi, it would be best to go with something more appetizing.

Peacock bass is perfectly safe to eat, but since its numbers are dwindling in the United States, you’re going to want to check local laws as many anglers prefer the catch and release method to help keep the numbers of this fish up. That being said, there are no poisons or any other factors that you would have to worry about that would make this fish unsafe to eat.

Peacock fish is said to taste very good and can be prepared in a number of different ways. They are not overly fishy, which makes this type of fish good eating even for those who don’t regularly eat fish. However, because of the low numbers of this type of fish in the United States, perhaps it would be best to give another type of fish a try until these guys can get their numbers back up.