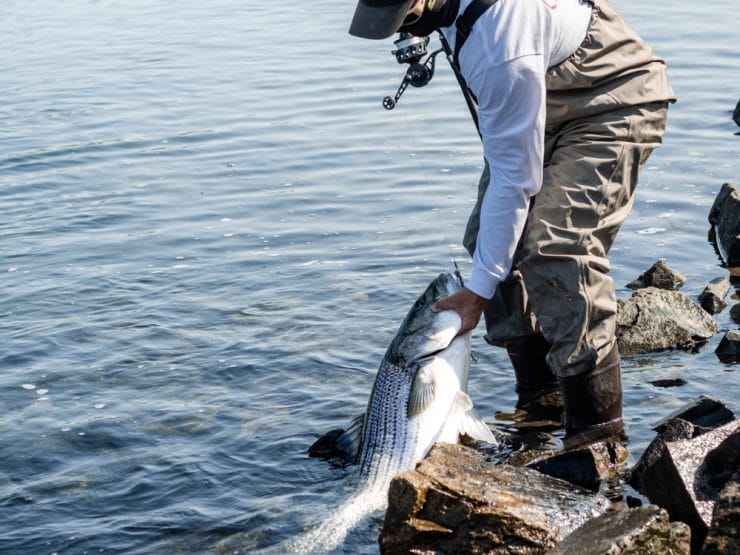 The Hudson River is 315 miles long and runs through eastern New York. It’s home to different species, including bluefish, carp, white perch, and the striped bass. Here’s what you need to know about the Hudson River striped bass season in particular.

How Does the State of New York Regulate Fishing?

There are different sets of regulations for the freshwater body of the Hudson River and for the portion of the river that turns into the Upper New York Bay.

The striped bass spends most of its time in the saltwater portion of bays and ocean and migrates to the freshwater Hudson River to spawn. Once the breeding season ends, the striped bass returns to the oceans.

In 2020, the Hudson River striped bass season lasted from April 1st to November 30th. Anglers could catch one fish per day, as long as it measured between 18 and 28” in length.

In marine waters, the fishing season lasted from April 15th to December 15th. Just like with the freshwater portion of the river, anglers could only catch one fish per day. The size limitations were 28 to 35 inches.

The state of New York hasn’t released any official dates for the 2021 fishing season yet, but anglers should be allowed to fish for striped bass between April and November.

Note that you will need to get a license with the Recreational Marine Fishing Registry ahead of the 2021 season and that you should prioritize using circle hooks and non-offset circle hooks in case you have to release the striped bass you catch because of its size.