Home > Tuna Fishing > The Unfortunate History of the Endangered Tuna

The Unfortunate History of the Endangered Tuna 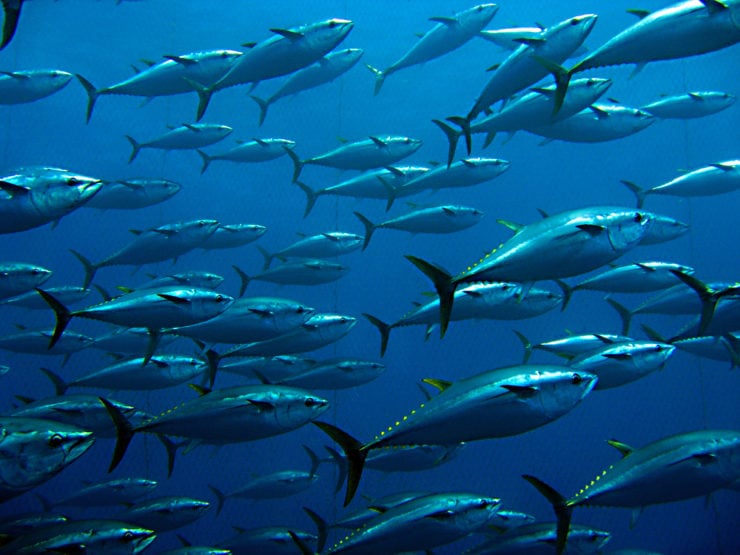 Tuna populations are declining rapidly. In the past 10 years, tuna stocks have decreased by almost 50%. The sad part is that this process has been going on for decades. Tuna populations were at their peak in the 1960s, and now they’re quickly disappearing before our very eyes. Fishing regulations exist to help curb overfishing of tuna, but we may be too late to save them from extinction.

Tuna are threatened by overfishing

Over-fishing of tuna reached critical levels in the last decade, with 80% of tuna stocks over exploited. Regulations are put into place to maintain populations, but they may not be enough given how quickly depletion is occurring.

They can’t reproduce fast enough to keep up with demand

Tuna populations have declined significantly, and there is no sign of the trend slowing down. The issue with overfishing tuna stocks has been going on for decades now-is that they can’t reproduce fast enough to keep up demand from fishermen who catch them as well as sushi lovers around the world.”

The Convention on International Trade in Endangered Species of Wild Fauna and Flora (CITES) is an international treaty to ensure that trade does not threaten the survival or endanger any species. Citing a study from 2007, it was found there are about 16 stocks worldwide with overfishing occurring for at least one stock.”

“There’s also been some success stories-the Pacific bluefin tuna has seen its population rebound by 40% since 2001 after being listed as endangered under UICN Red List criteria back then too,” says Dr Kato who coauthored this report published last year: https://www.iucnredlist.org/species/170341/65166749

“It also means protecting our own food supply for generations into come”. We should be taking care that all marine life can thrive so they don’t become extinct before us humans do!

The Pacific bluefin tuna has seen a small recovery in stocks. This is a success story, but there are still many threats to the future of this species and others like it – overfishing from commercial fishing operations; habitat destruction due in part because we’re destroying their natural environment (the ocean) with pollution or climate change which causes sea temperatures rise dramatically.