Our Favorite Baits for Mackerel Fishing

The King Mackerel reigns supreme in the minds of many game fishermen. It hits bait like a freight train, fights like a cornered badger, and can grow more than 40 pounds. Texas to Virginia is the prime habitat of King Mackerel, but their full range is the Brazilian coast up to the US State of Maine and throughout the Gulf of Mexico.  Next you have the Cero and Spanish mackerel species which are just as voracious and fun to catch. 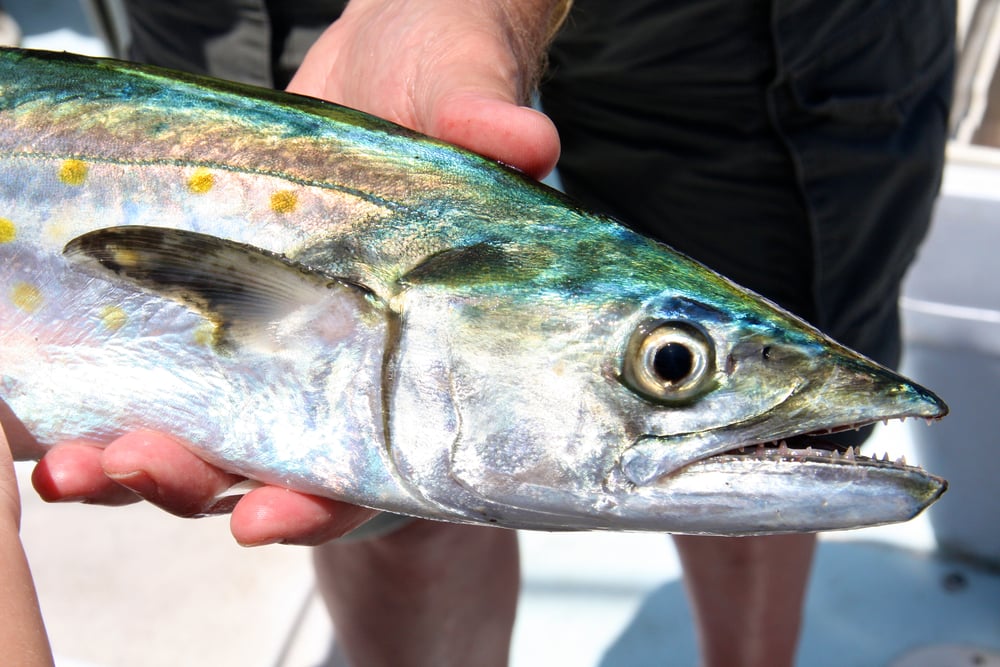 King Mackerel like artificial baits, but they love live bait. The following is a rundown of the best bait for Mackerel fishing up and down the Atlantic Coast and the Gulf of Mexico. Try any of these and watch how they upgrade your fishing experience.

What is the Best Bait for Catching Mackerel?

If you are wondering which baits are the best for catching King, Cero and Spanish Mackerel, there are a few that always seem to work throughout the seasons.  Here are the most recommended baits when fishing for mackerel.

It is difficult to beat this aerodynamic member of the herring family as bait for any fish. King Mackerel particularly love them. Maybe it is the silvery sides or big eyes, but they are the perfect food for a mid-range King Mackerel.

Fish pilchards by drifting, trolling, or hanging them under a float. Put your hook through the “V” in the center of their forehead. You can find Pilchards at most bait shops but call ahead because they are always in demand. 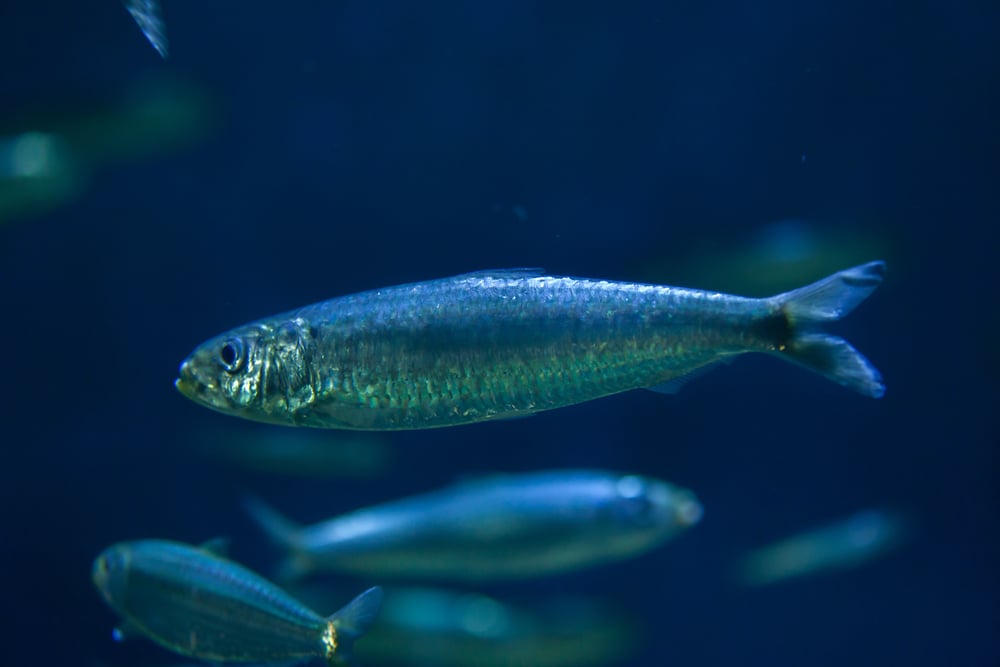 Many people confuse the Threadfin Herring with the Pilchard because they look so similar. This popular bait in game fishing earns the reputation as being a very close second to Pilchard in terms of the appetite of a King Mackerel.

Hook one through the nose or use them as cut bait on the bottom. You can also cast and drift or slow-troll them. Most bait shops have them in stock but always call ahead.

Cigar runners are some of the most prolific baitfish on the Atlantic Coast. Their range is pretty much all over the Atlantic Ocean and throughout the Gulf of Mexico. Because there are so many Cigar Minnows, they are preferred by many charter fishing boats.

You can trap or buy them in a bait shop. They are great as bait alive or cut up. Drifting one under a float is a very effective way to attract a King Mackerel.

These are another very common and abundant baitfish. Blue Runners live throughout the Atlantic ocean and into the Mediterranean Sea. They are usually a little larger than the average baitfish; some fish Blue Runners as large as a foot long.

Use a circle hook on them and runt the hook through the roof of their mouth. Drift fish Blue Runners, hang them off floats, or slow-troll them to get the best results in the widest environment.

Menhaden are a common baitfish. They are known as “Bunker” and “Pogies” in fishing circles. Most game fish love them, and there are plenty because they are not a favorite fish for humans to eat because of their oiliness.

You can cast net them, trap them or buy them as live and as frozen slabs at bait shops. Menhaden are great to fish live or cut up. Drift fishing on the bottom is particularly effective.

Finger Mullet are an exceptionally popular gamefish. They are so popular that while most bait shops carry them, it is always best to call ahead and reserve a batch.

Finger Mullet are best when drift fished or trolled; if you find a school of them, drifting your bait along the school edges often results in a strike.

If you cannot find a tackle shop that has Finger Mullet in stock, you can use frozen, cut bait. With frozen Mullet, fishing it off the bottom is best.

Many anglers target King Mackerel because they are so aggressive, grow large, and fight to their last breath. Even smaller mackerels feel like they weigh over ten pounds because they fight so hard. King Mackerel will go after artificial lures, but most anglers find that live bait works best.

If you stick with the live bait on this list, you are not guaranteed to catch King Mackerel, but you sure do improve your chances.