The Best Baits for Wahoo Fishing

The Wahoo is a sharp-toothed predatory pelagic fish that has proven to be a favorite of serious anglers. These powerful fish thrive in temperate waters around the Caribbean and the Gulf of Mexico, as well as the Atlantic, Pacific, and Indian oceans, where they can grow as long as eight feet. 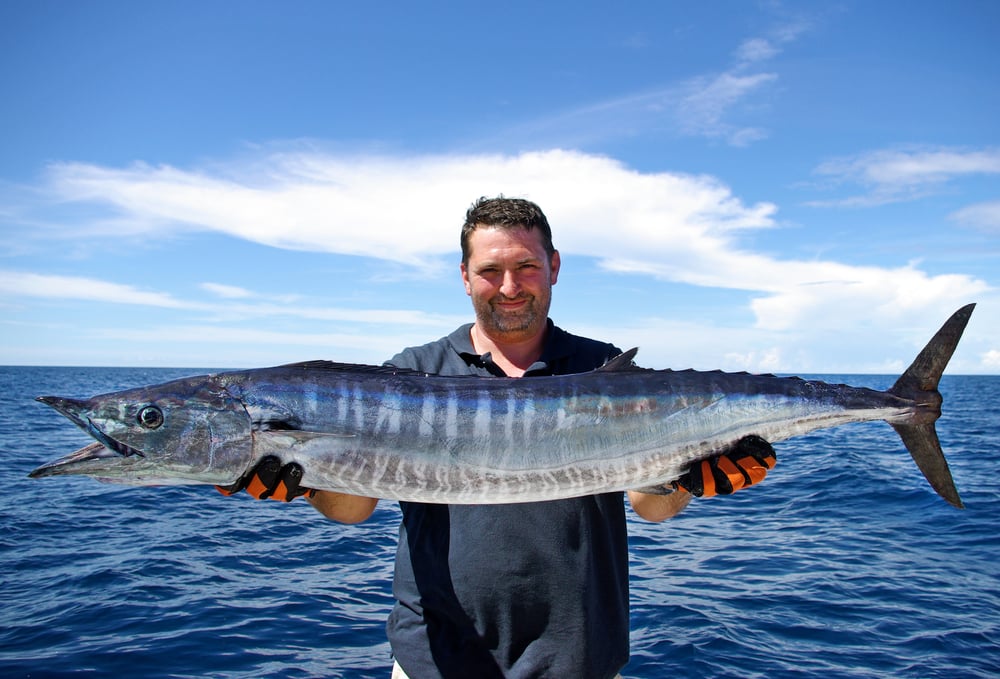 Not only do anglers love this fish for the challenge it poses them, but they also favor it for its delicious, smoky taste. Its widespread habitat makes it available around the globe, and a good bait will help you snag this monster.

Check out the seven best baits for Wahoo fish below.

Because the Wahoo is a large fish, it helps to use a fish that’s large in terms of bait. One of the best baits for this is the blue runner fish. Blue runners span the Atlantic Ocean from coast to coast, making them available in Canada and Great Britain alike.

The Wahoo enjoys live bait, as it makes their meal worth the chase. So, using a live blue runner is going to give you the most success.

Pogies, also known as menhaden, make excellent live bait and are very sought-after in the world of fishing. These oily fish have a significant odor, which is ideal for luring in fish like the Wahoo.

You can fish for pogies up and down the coast of the Atlantic Ocean where they swim in large schools near the surface. To live fish with them, you must keep them in a large, round well—and not for too long. These fish don’t do well in captivity.

Croaker fish come in many different varieties, plenty of which make a great meal themselves. However, this medium-sized fish also makes excellent live bait for Wahoo. They stay on the hook well and are fairly easy to catch.

You can reel in some croakers by baiting them with bloodworms, squid, minnows, sea clams, and even synthetic baits. Both the smell and the live movement of a croaker fish are ideal for bringing in some big Wahoo fish.

The mullet fish is a Florida favorite found along the coast in local bays. It’s a popular fish for cooking and eating, but more serious fishermen find that it makes great bait for catching the even larger Wahoo fish.

It’s best to use live mullet when you’re Wahoo fishing. While the species is a great live bait option, it can be difficult to catch. For that reason, many anglers may choose to use cut mullet bait from local markets or bait shops.

Pinfish are small fish that predatory species often seek out, making them a great bait choice. Similar to the pogies we mentioned above, this fish is a fantastic live bait.

Pinfish are super common, so you can easily find them in your local bait store. However, many people choose to fish for their own using a cast net or a sabiki rig filled with chum. You can find them along the US coast around mangroves, on grass flats, and around channel markers.

Pilchards are small, thin fish, the largest of which grow only around 14 inches in length. These fish are similar to fish like anchovies and sardines in that they’re packed in tins and are often grilled, poached, or baked.

These oily little fish also make for ideal Wahoo bait. They’re commonly sold in cans or frozen, making them easy to find. You can also fish for them yourself. They work best as cut bait or live chum.

Cigar minnows get their name from their round, narrow body that resembles a cigar. These small fish are ideal as whole or cut bait and are great for nabbing bottom species.

You can find cigar minnows at any local bait shop where they sell in large amounts for very affordable prices. You can also catch your own all along the Atlantic coast.

These fast swimmers will keep your bait exciting and lively—perfect for Wahoo fishing.

There are a lot of fishing tips you can follow to make your Wahoo adventure a successful one, but one of the best things you can do is use the right kind of bait. Our list showcases several different options that are sure to hook you an impressive Wahoo.  You can also combine bait with artificial lures for a one two punch.