Muskie Vs Pike: What’s The Difference?

In the dynamic and fast-paced world of fishing, there are certain varieties of fish that are more valued than others, with many fishermen preferring to catch larger and more ferocious species.

Out of these few selected fish, there are two that have often been the target of the fisherman’s hook, with their size and predatory nature making them a complex and impressive catch. 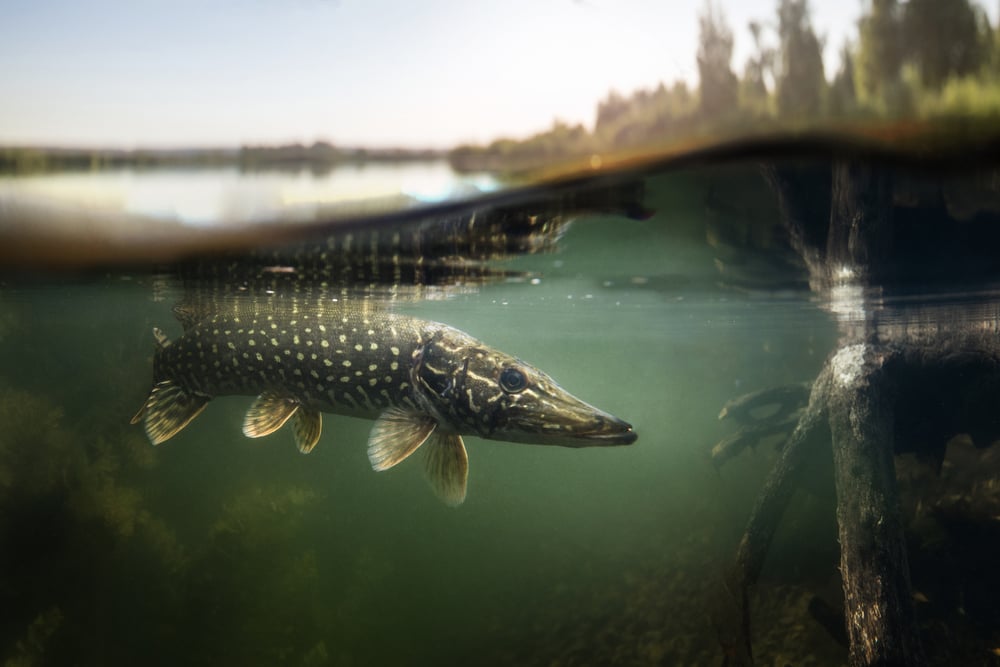 These two fish are the Northern Pike and the Muskellunge, which are now considered to be two of the most popular game fish in the whole of North America.

These dangerous and powerful creatures are known for their incredible speed and sharp teeth, with their sleek and pointed bodies being capable of cutting through the water like a knife.

Commonly referred to as “water wolves”, Pike and Muskies are usually regarded as prize catches in the world of freshwater fishing and are often distinguished by their cold and vicious manners.

So it is not surprising that many novice fishermen often mistake the two fish for the same species, as they are very similar in both shape and nature.

In this article, we are going to examine the various similarities and differences between the two species, so that you can learn how to tell them apart.

We are also going to take a look at where the two species come from and how you may be able to catch your own Pike or Muskie when using the proper equipment and methods. 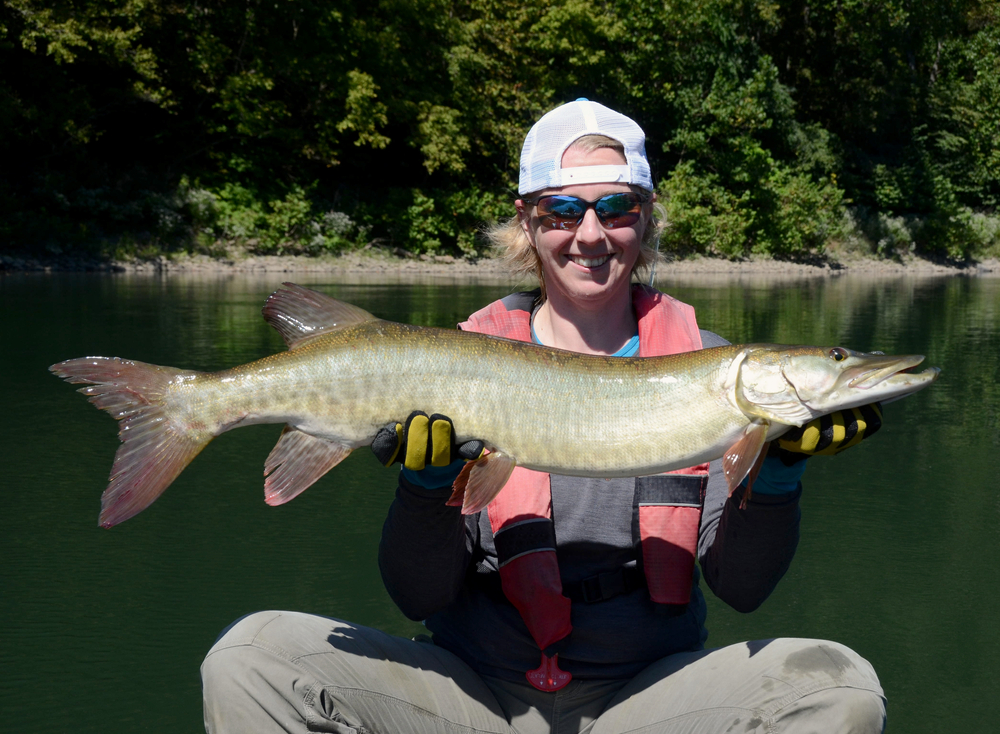 Before we take a look at how you can catch your own Pike or Muskie, we must first consider how different the two species of fish are.

Down below, we have shared and answered some frequently asked questions surrounding the two fish, to help highlight how much they differ in their behaviour and appearance.

Are Pike And Muskie The Same Species?

You would not be at fault for mistaking these two fish as the same species, for both Northern Pike and Muskellunge are known to share common characteristics.

This is because both species come from the Exos genus, which is also shared by other varieties of Pike and Pickerels.

However, this does not mean that they are both the same species, as Pike and Muskies are two very different fish, with their own behaviours and features.

Are Musky And Muskie The Same Thing?

If you are a novice fisherman, then chances are you have probably wondered if there is a difference between a muskie and musky – well, there isn’t. They are still the same species of fish, with their only key difference being the spelling of their name. 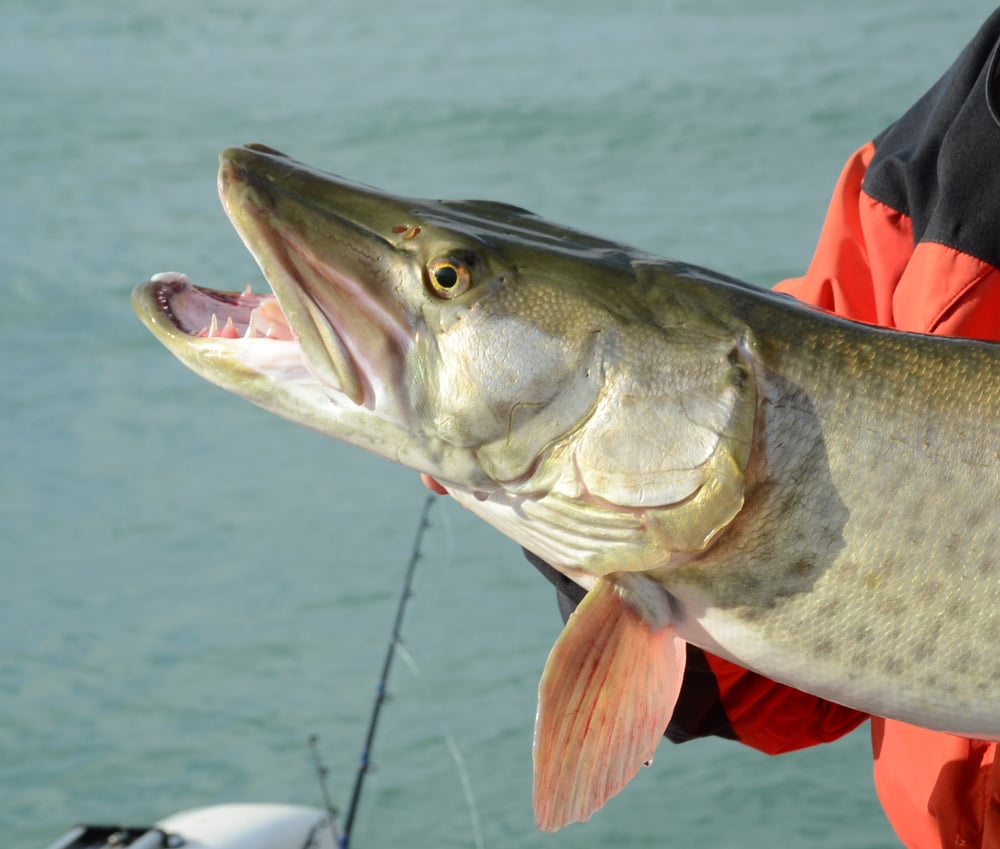 Because the word Muskellunge has a variety of different spellings, the shortened version of the name will often vary depending on where you catch the fish. Alternative spellings of Muskellunge currently include: Muskelunge, Muscallonge, Maskinonge and Milliganong.

Are Pikes Bigger Than Muskies?

When it comes to the size of both fish, Muskies and Pikes will often grow to around the same size, which is why they are often mistaken for the same species.

However, when comparing the two species, Muskies are actually the larger variety of fish, as they are capable of growing to 4 feet in length, which is almost twice the size  of your average Pike.

To date, the largest Muskie to ever be caught weighed in at around 67 pounds, while the largest Pike only weighed just over 55.

What Is A Tiger Muskie?

If you were to hear the name Tiger Muskie, then you would probably assume that it is a subspecies of the Muskie family or a regional variety found in certain parts of the world. But both assumptions would be wrong.

The Tiger Muskie is actually a hybrid species born from a female Muskellunge and a male Northern Pike. The species is considered to be very rare and is not commonly found in the wild, although some waters have been known to sustain them.

Distinguished by their large size and vibrant appearance, Tiger Muskies are highly sought after in the world of freshwater fishing and are considered to be a prize catch.

How To Identify A Pike Or Muskie

Because both Pikes and Muskies are long freshwater fish, they are often mistaken for the same species. So how can you tell what kind of fish is dangling from the end of your line?

Although general appearance and size may seem like obvious indicators, they can often be unreliable and are not commonly used to identify different species of fish.

Instead, there are three simple methods that can be used to distinguish the differences between a Pike and a Muskie, which we have outlined in the following list:

When you are counting the pores, make sure to keep your hand away from the fish’s mouth, or you could risk receiving a nasty bite.

Where Do Pike And Muskie Come From?

Now you know how to identify a Pike or Muskie, you are probably wondering where you can catch them? Well, that really depends on the species, so here is some basic information concerning Pikes, Muskies and their natural habitat.

Pike and Muskies live in and around the five Great Lakes of North America, with both species of fish often populating the lakes and the surrounding rivers. However, this does not mean that both fish can be found in the same areas or habitats. 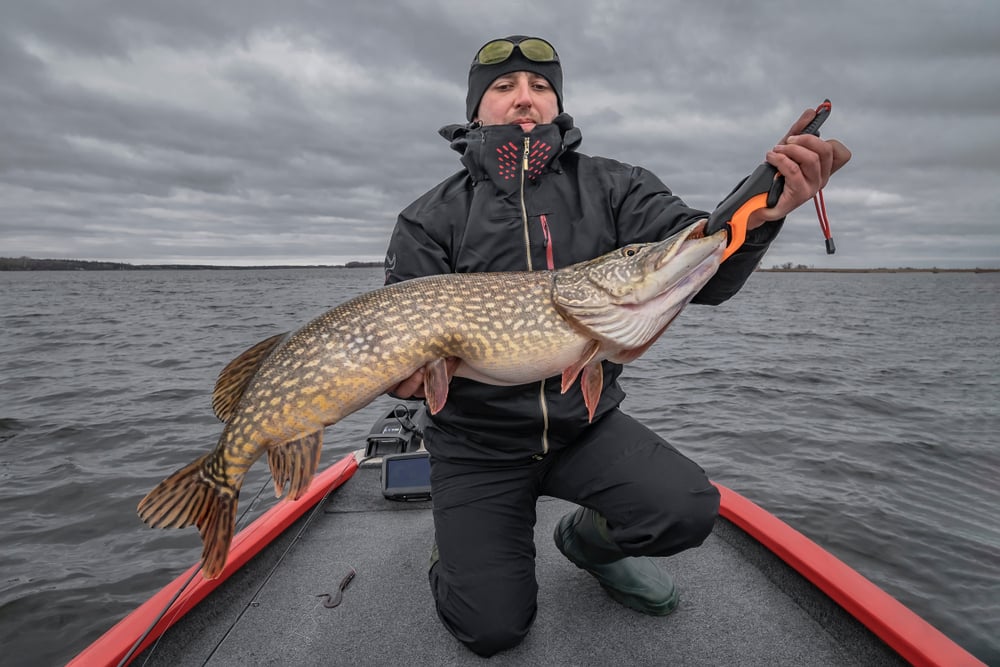 Pikes can usually be found all across North America, with their population spanning all the way from Alaska to eastern Canada. They have also been known to populate more southern waters and have been found in states such as Oklahoma and Arkansas.

Muskies, on the other hand, have a much smaller distribution and can only be found in certain areas of the country.

Although their population has been known to reach as far south of Georgia, they are still mainly found in the Great Lakes, which is the best place to go if you are in the mood to catch a Muskie.

What Habitats Do Pike And Muskie Thrive In?

Although Pike and Muskies have very different distributions, they do have similar preferences when it comes to their natural habitats. Both species are ambush hunters, and this means that they will hide before attacking their prey.

Both fish commonly thrive in clear water, which is most likely due to them being sight-based predators.

Muskies are known to exclusively inhabit large rivers and lakes, while Pikes are less picky when it comes to their habitat and have been known to thrive in smaller bodies of water.

Both fish prefer to live in shallow and sluggish water, and will rarely go below depths of 40 feet. So if you are keen to catch either one of these fish, then we recommend fishing in shallow areas that are dense in underwater plant life.

How To Catch A Pike?

When it comes to catching Pike, most fishermen will usually use live bait to lure the fish to the surface, which is considered the most effective method. However, the size of bait you use will vary depending on the season, as the Pike’s appetite is known to change throughout the year. 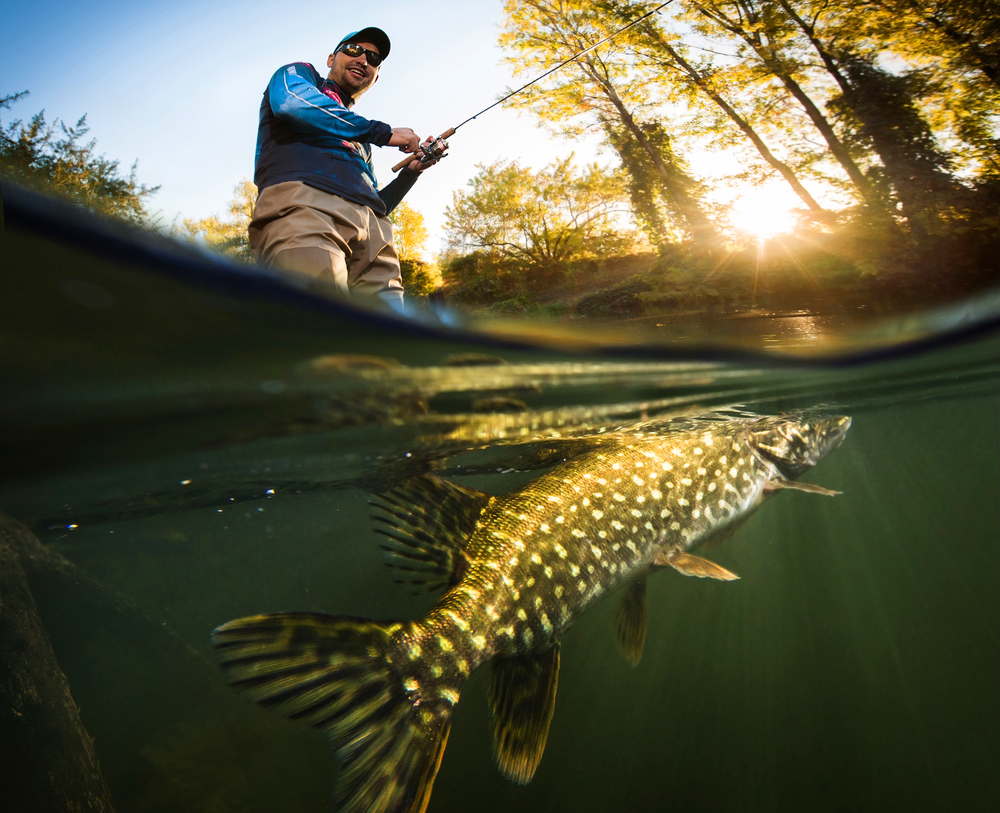 In the autumn, Pikes will usually prefer larger bait, as they spend the fall season stocking up on supplies for the winter. In the spring, they will happily take smaller bait, as the cold waters will make them slower and less likely to catch prey.

Because Pikes are known to have a strong and toothy bite, we recommend using a heavy leader during fishing sessions, or you could risk losing the fish and your line.

How To Catch A Muskie?

Even if you are able to hook a Muskie, there is no guarantee that you will be able to keep the fish, as they are notorious for throwing themselves off the line.

For catching Muskie, you can follow the same practices as catching Pike, as they are very similar when it comes to bait and fishing precautions. Like Pike, Muskies will prefer larger bait during the fall season and will require a leader to make sure that they don’t cut through your line.

In terms of lures, we recommend using large jigs, jerk baits, diving plugs and bucktail spinners to catch your Muskie.

Pike and Muskies are both impressive fish to catch, which is why they are often sought after by freshwater fishermen. Although they are both ferocious and large fish, they are also majestic and beautiful creatures.

Although Muskies may be considered the more difficult fish to catch, having either one of these species on the end of your line is impressive and newsworthy.