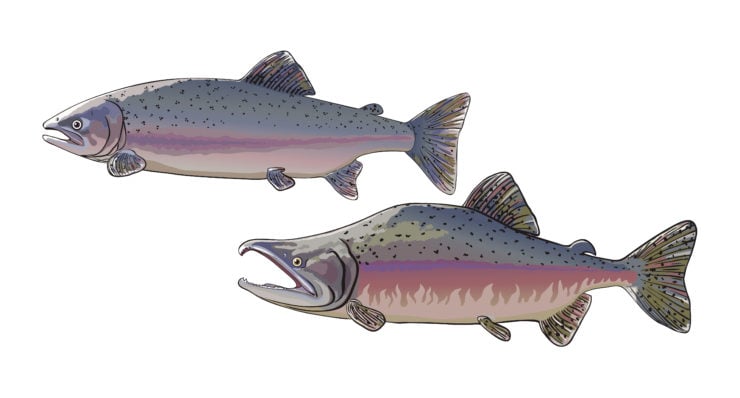 Pink salmon make up the smallest species of Pacific salmon, weighing in at 3.5-5 pounds. Located in North America, this species measures between 20 to 25 inches in length. The Pink salmon, much like its Pacific salmon counterparts, are classified as coldwater fish. Pink salmon caught in the U.S. are also a tasty seafood option because they are harvested responsibly and managed sustainably.

Because the Pink salmon is anadromous, it hatches in freshwater rivers and streams. It then migrates to the larger saltwater area of the ocean to grow and feed. It is different from Chinook, Sockeye, and Coho salmon in that it does not remain in freshwater for a long time.

The Pink salmon stands out from the other Pacific salmon species because of its small size, but it also has other key identifiers. They contain a big dark oval spot on their tail fin and back. Younger Pinks will be mostly silver and lack any darker areas or vertical bars.

When they are saltwater, they showcase silver, bright flesh. When these salmon spawn in streams, their color switches to a yellow-white on the belly and a pale grey on the back. Pink salmon also shows a blue-green or steel blue coloring on the back.

You can pick out breeding males if you see a red, brown, and green blotch on each of its sides. Pink salmon are identified as “humpback” salmon because the males will develop a sharp hump on their backside. Females will show a brighter white bellow, but then transition to a dark olive green coloring with patches or splotchy bars that will be either dark gold or lavender.

Pink salmon were first brought into the North American Great Lakes and Iran in the early 1900s. They were introduced periodically into the Barents Sea and White Sea basins in Russia a little later on in the 1950s.

The commercialization of Pink salmon in Alaska dates back to the late 1800s. In Alaska, the Pink salmon typically make up the highest number caught by commercial fishermen. Between 1959-1992, the annual Alaskan harvest averaged around 45.1 million Pink salmon. Since 1990, the yearly statewide harvest yields about 100 million. 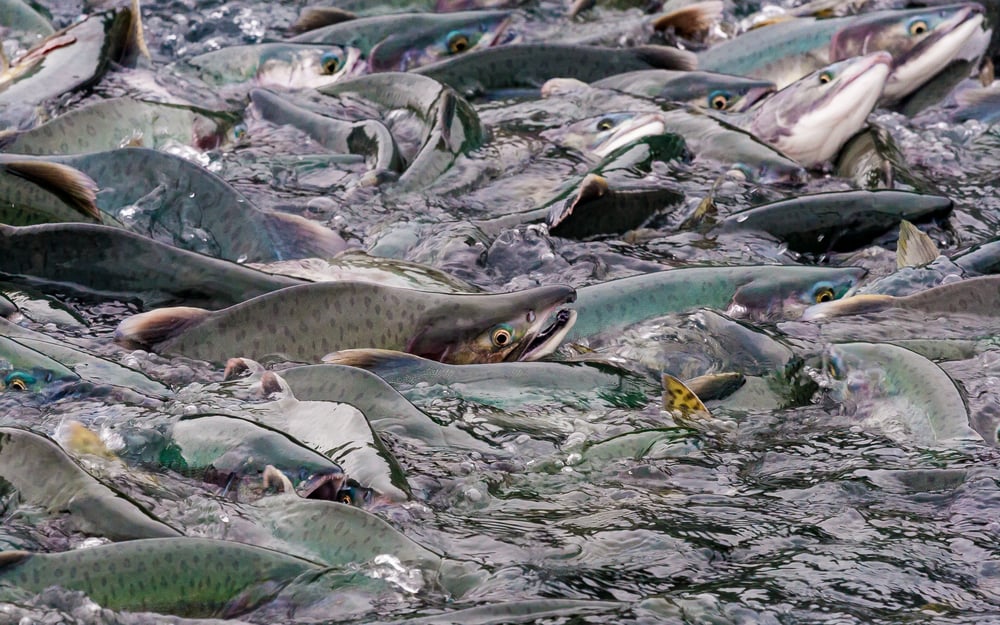 The world record pink salmon was found and caught in the Skykomish River, located in Washington state. Avis Pearson, a local resident, caught the 14.49-pound fish in September 2001, beating the previous record by a whole pound. The entire process took a half-hour to land, and the salmon was snagged using a 10-pound line and a nickel-brass lure.

Not only are these salmon the smallest fish in the Pacific salmon family, but they also have the most abbreviated lifespan. They grow, mature, and round out their whole life cycle in under two years. It all starts when the female chooses an ideal nesting location and builds a nest within the riverbed. She will utilize her tail to dig a small hole, and she can construct around four nests.

From there, the female will guard her nest, or redd. She will then die within two weeks. The eggs will typically incubate throughout the winter and finally hatch in the early spring or late winter.

When the offspring arise from the rock and gravel at the bottom of the stream or river, they immediately migrate to the ocean. To survive in this area, they feed on larval fish, plankton, and other marine insects. Pink salmon develop and grow in salt water for about 18 months, then they return to their river birthplace to spawn, usually between June and October. 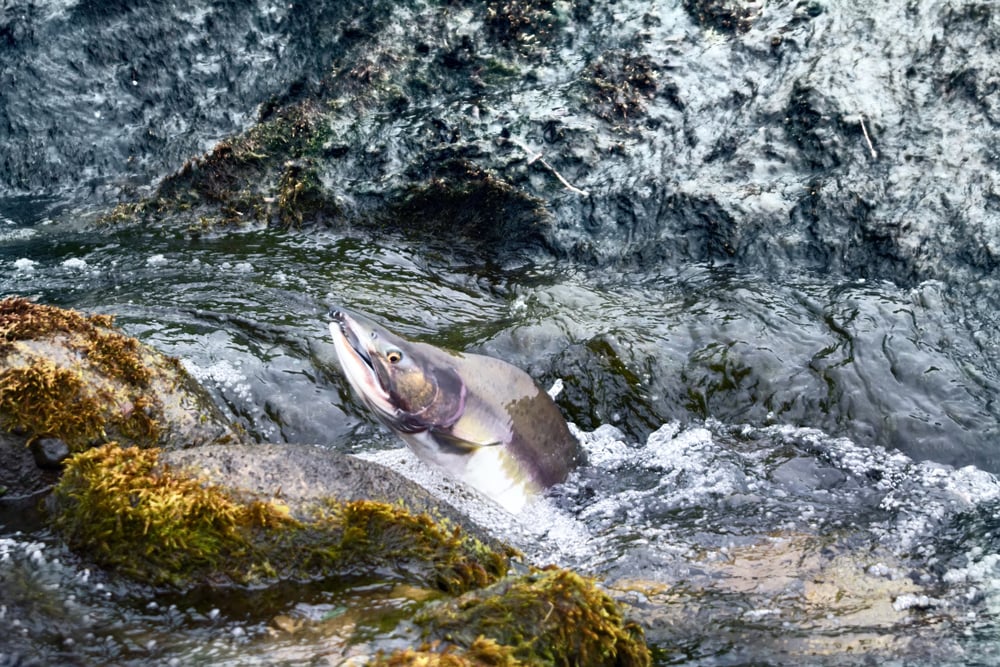 Pink salmon are typically found in North America and throughout the Asian Pacific rim. Throughout the North Pacific Ocean coastal waters, they occur naturally. Although Pink salmon have been located as far south as central-north California, they don’t reproduce large numbers below Washington state’s Puget Sound.

You will also find this species westward from Siberia’s Lena River and even further southwards towards Kyushu, Japan, and Korea. Throughout most of the 1900s, there were significant attempts to transfer Pink salmon across the northern parts of North America, Chile, and northern Europe. There was an accidental transplant to Lake Superior in the mid-1950s, which became a formidable population.

The diet of the salt waters’ Pinks consists of krill, shrimp, plankton, various smaller fish, squid, and aquatic insects. When it comes to freshwater, adults do not eat when they return to spawn. The younger Pink salmon will migrate to the ocean and eat zooplankton and aquatic insects.

The biggest threat to the Pink salmon population is overfishing. Commercial salting and canning of this species began in Alaska in the early 1800s. This phenomenon continued until the 1920s, as commercial fishermen utilized floating and fixed fish traps to harvest these fish. However, there was a massive campaign to ban these traps statewide in 1959.

Other potential threats include climate change and habit loss. This degradation occurs because the spawning areas for Pink salmon are typically shallower, combined with a fast current that wipes away the silt and clean gravel. The noteworthy salmon predators include bears, killer whales, birds, and humans. 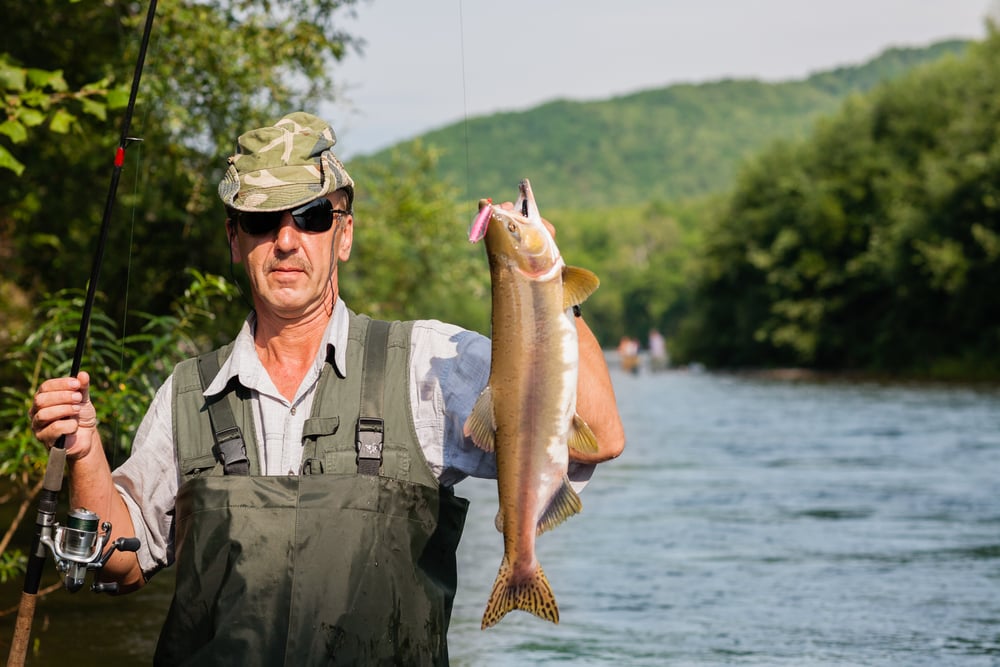 The process of catching Pink salmon does not require any advanced or expensive gear. All you need to gather is the reel, rod, line, and your fishing license. The more traditional route is to cast for salmon. These fish are usually caught from the pier, beach, riverbank, or boat.

In addition to the reel, line, and rod, you need to supply a lure. The best performing lures include smaller pink spoons, buzz bombs, and hoochie jigs.

Best places to catch Pink Salmon are the Pacific Northwest of the United States and also the Northeast Pacific region of Asia including Japan, Korea and Russia.

Pink salmon typically have a lower commercial value than others because of their lower levels of oil content. When they are caught, they usually get filleted, canned, flashed frozen, or converted into nuggets. They are carefully prepared into prepackaged, complete meals for worldwide selling. 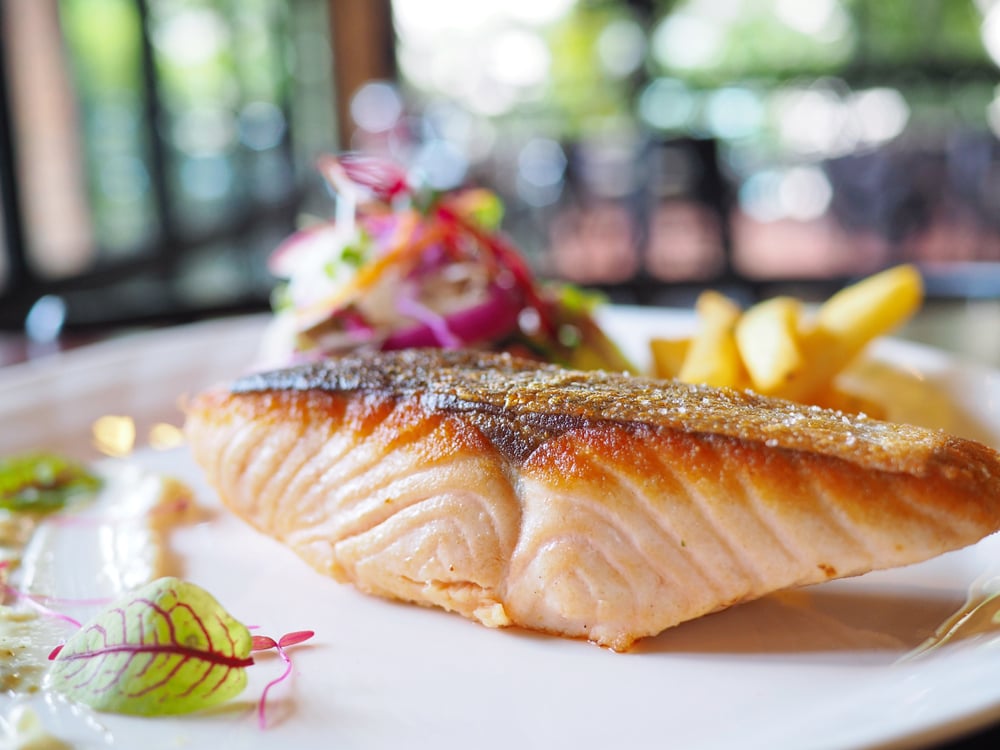