Can You Eat Bonefish?

If you’re looking for a challenging sport fish that is difficult to catch, the bonefish is an ideal choice. Anglers find bonefish extremely fun to catch, but typically, they throw them back into the water rather than eat them. So, can you eat bonefish? The answer is that the meat on a bonefish is edible if you want the hassle of getting the bones out. Most fishermen find it’s not worth the trouble of cleaning a bonefish to eat it. 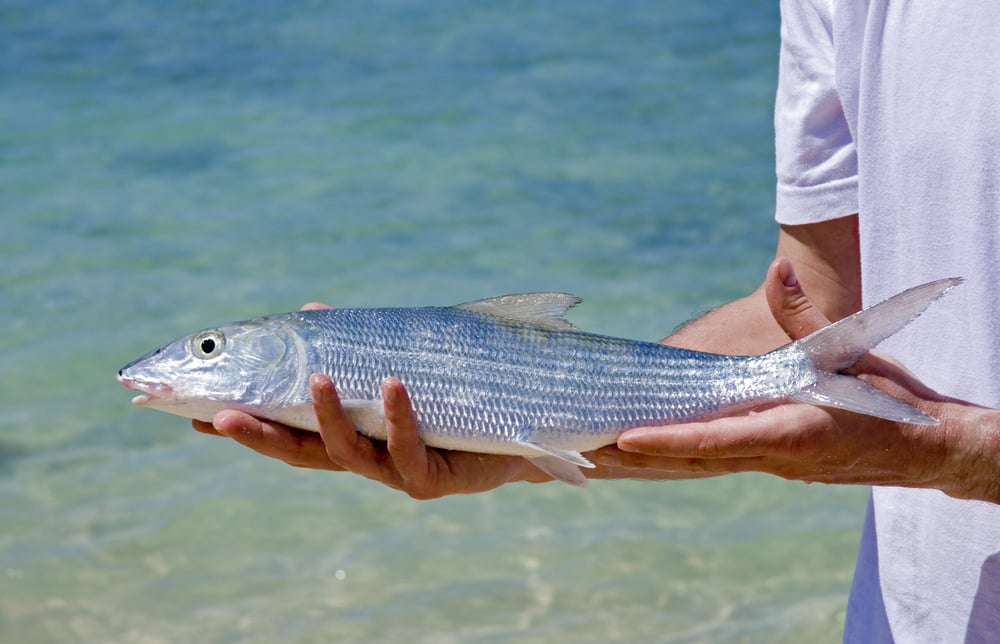 As you can probably guess, bonefish get their name from the huge number of tiny bones that it has in its body. They have been known to grow as large as three feet and can weigh up to 20 pounds in Hawaiian waters. In Florida waters, though, they rarely weigh more than eight pounds. Bonefish reach maturity at about four years but can live as long as 19 years, especially since most anglers do not keep the bonefish they catch.

Hawaiians in particular have a long history of eating bonefish, but very few other cultures have perfected the art of getting enough bones out to be able to taste the meat. Additionally, you can only eat the small bonefish of about six inches or under, as the bigger ones may contain a toxin called clupeotoxin, a poison that is common in plankton-eating fish. This poison leads to death in about 50% of the cases, which is extremely high. 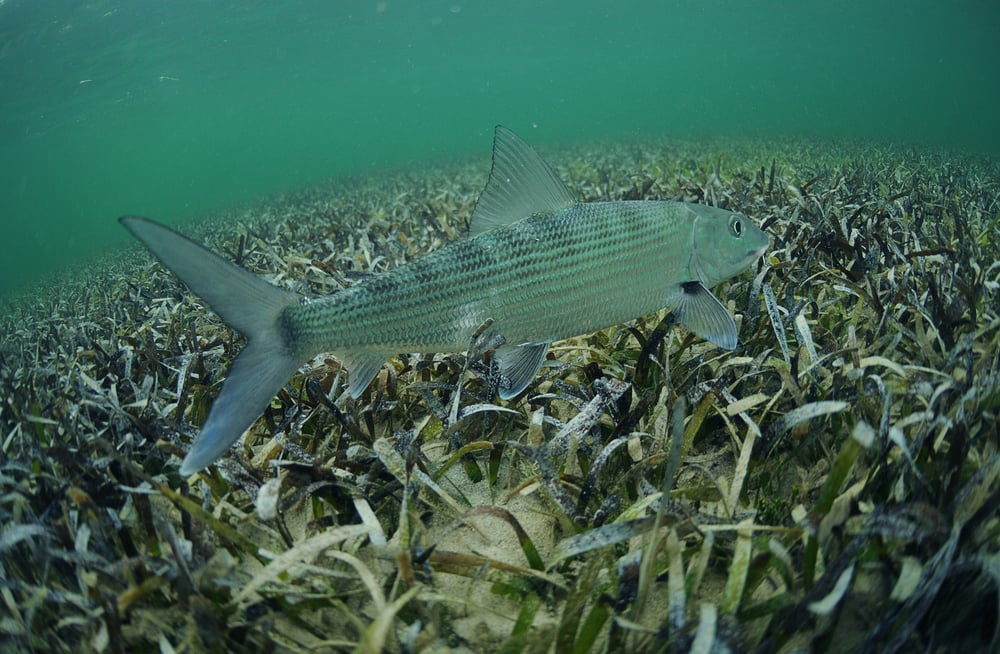 Is Bonefish Safe to Eat?

Clupeotoxin is not a poison that can be detected by just looking at a bonefish, nor is it one that can be “cooked” out. This toxin will cause nausea, vomiting, diarrhea, dry mouth, headache, chills, dizziness, and rapid heartbeat within an hour of consuming a contaminated fish. As mentioned above, the death rate is high, so it is likely not worth the risk you have to take to eat a bonefish, especially considering the labor involved in removing the bones.

The Taste of Bonefish

Since bonefish are one of the fastest fish in the ocean, their meat is darker than most fish meat and is, therefore, also fishier in taste. It’s very difficult to get fillets from a bonefish because the meat does not separate from the bones as it does with most fish. As such, frying and baking bonefish fillet is out of the question. In the Bahamas, bonefish is typically ground up, bones and all, shaped into balls, and deep fat fried. 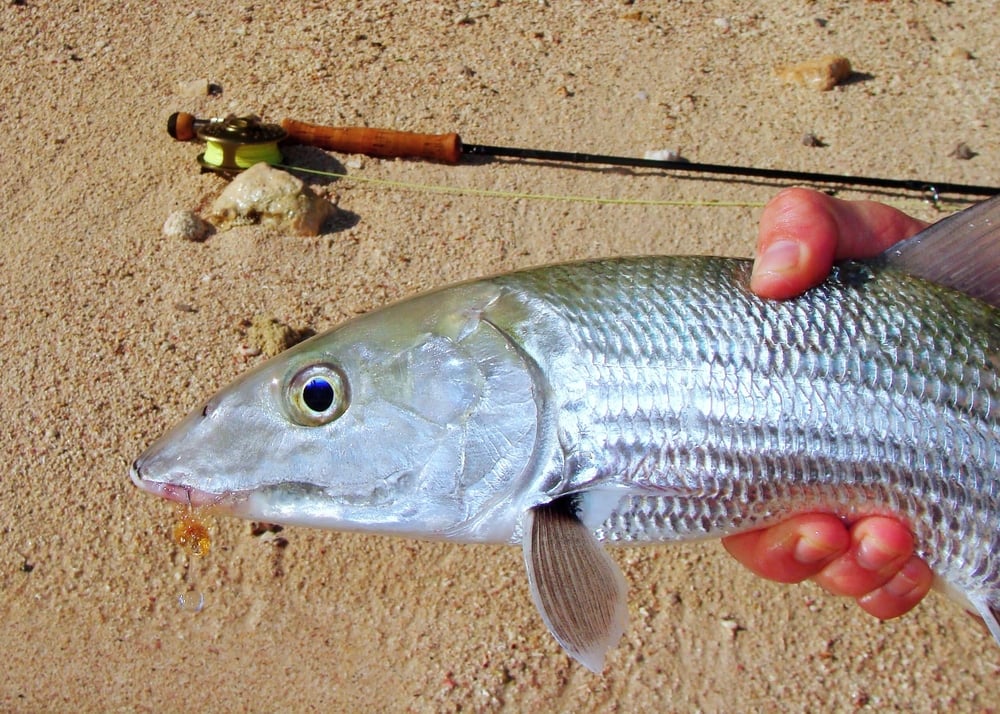 In Hawaii, bonefish is almost always eaten raw as a protein in poke bowls, which include rice and other fresh ingredients. The preparation for this raw dish involves massaging the fish to loosen the meat, then scraping the meat out of the fish with a spoon from head to tail. The meat is the consistency of mush, but you are able to pick out the bigger bones. The smaller bones are left in the meat and eaten.

Other Information About Bonefish

In some places, there may be a ban on keeping bonefish, such as in Florida, where the bonefish is considered an integral part of the tourist economy. This is because anglers come from all over the world to attempt to catch the elusive bonefish, which is also known as the ghost fish for its tendency to be visible one minute and disappear the next. Before taking a bonefish home, you’ll want to check out the regulations first.

It turns out that the bonefish can be eaten, but it’s not highly recommended. Not only can bigger bonefish be deadly poisonous, but all are difficult to clean, and you’ll never get rid of all the bones anyway. Additionally, they may not even be legal to keep if you do catch one. If you happen to be in Hawaii, you might want to give a bonefish poke bowl a try, but otherwise, this fish should skip the plate.