Can You Eat Stingray?

Stingrays, which are actually related to sharks, can be found in oceans all around the world. You may remember petting them in a zoo as a child. While they are quite interesting to look at, it may not have even occurred to you as to whether or not they could be dinner. So, can you eat stingray? 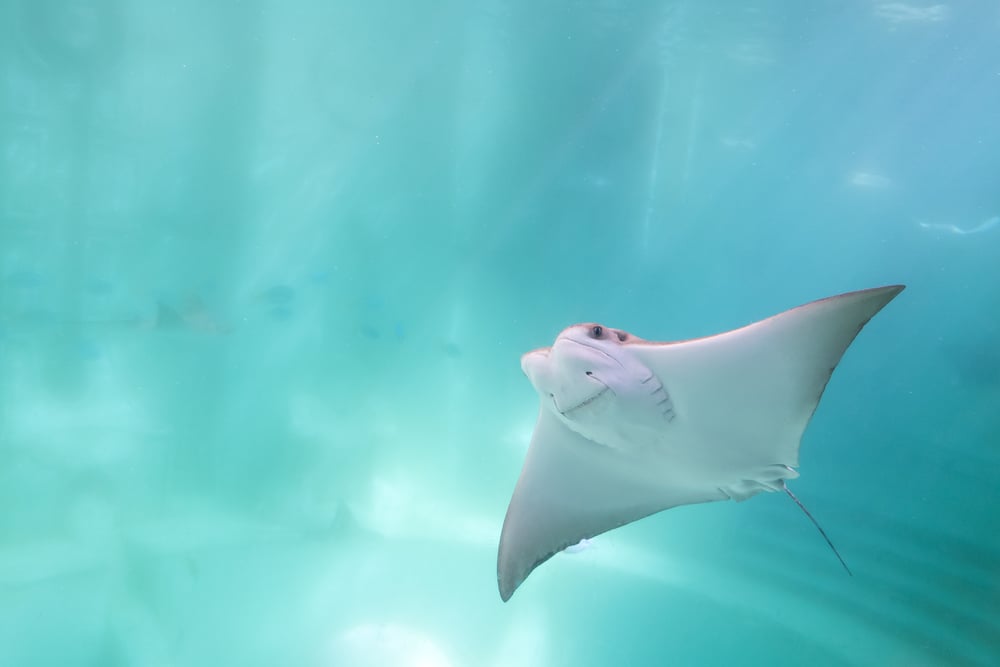 Despite what you may think, yes, you can actually eat stingray! Typically, they are caught using fishing lines or spears, and there are actually a variety of recipes for this animal around the world that are even considered a delicacy in some areas. The most commonly eaten parts of the stingray include the wings, the cheeks, and the liver.

The other parts of the fish are, for the most part, considered to be too rubbery in texture to consume. However, with the parts that can be consumed, there are many dishes that incorporate rays that are enjoyed by people all around the world.

However, in some areas of the world, they actually enjoy eating their stingray fermented. This is going to give it quite a different taste than eating it fresh. It is also going to vary in flavor depending on which types of herbs and seasonings are used. Sometimes, people even enjoy barbecuing them.

Yes, there are parts of the stingray that are edible. As previously mentioned, the cheeks, the liver, and the wings are all edible and can be quite tasty when prepared well. However, the rest of the animal is considered to be too rubbery in texture to have any culinary use. It’s also worth noting that because only certain parts of the ray can be consumed, so one ray isn’t going to yield a lot of meat fit for consumption.

Can You Eat Stingray Raw?

There are many types of sea creatures that can be consumed raw. Most commonly by turning it into sushi. So, you can eat stingray, but can you eat sting ray raw?

This is not a type of seafood that would be a good candidate to eat raw. First, it doesn’t yield a lot of meat and the meat that it does yield would not necessarily taste good raw or appear that appetizing. This isn’t something that you’re going to want to eat in sushi or sashimi.

Is Stingray Safe to Eat?

Sting ray is perfectly safe to eat! The wings, the cheeks, and the liver are all totally safe to consume and can be considered a delicacy in many areas when prepared in a certain way. It has been served in many different recipes all around the world ranging from meat dishes all the way to curry. There is no danger in consuming this type of meat.

While it may not have occurred to you before, you can, in fact, eat sting ray. It is a unique type of meat that you’re going to have to test out for yourself to see if it’s for you. If you are thinking about whether or not to try it, you have nothing to lose! Go ahead and give sting ray a try and see if the taste is for you. It’s perfectly safe to eat and can be quite delicious depending on your personal tastes.