Home > Saltwater Fishing > How Does The Moon Affect The Tides?

How Does The Moon Affect The Tides?

Have you ever stared out into the sea, or watched the waves crawl slowly up the beach and wondered what causes the tides? Or why does the ocean move in the way that it does? If you have ever lived by the ocean, you will notice that the tide does not always come in in the same way.

So, why does this happen? We are here to give you all of the answers. 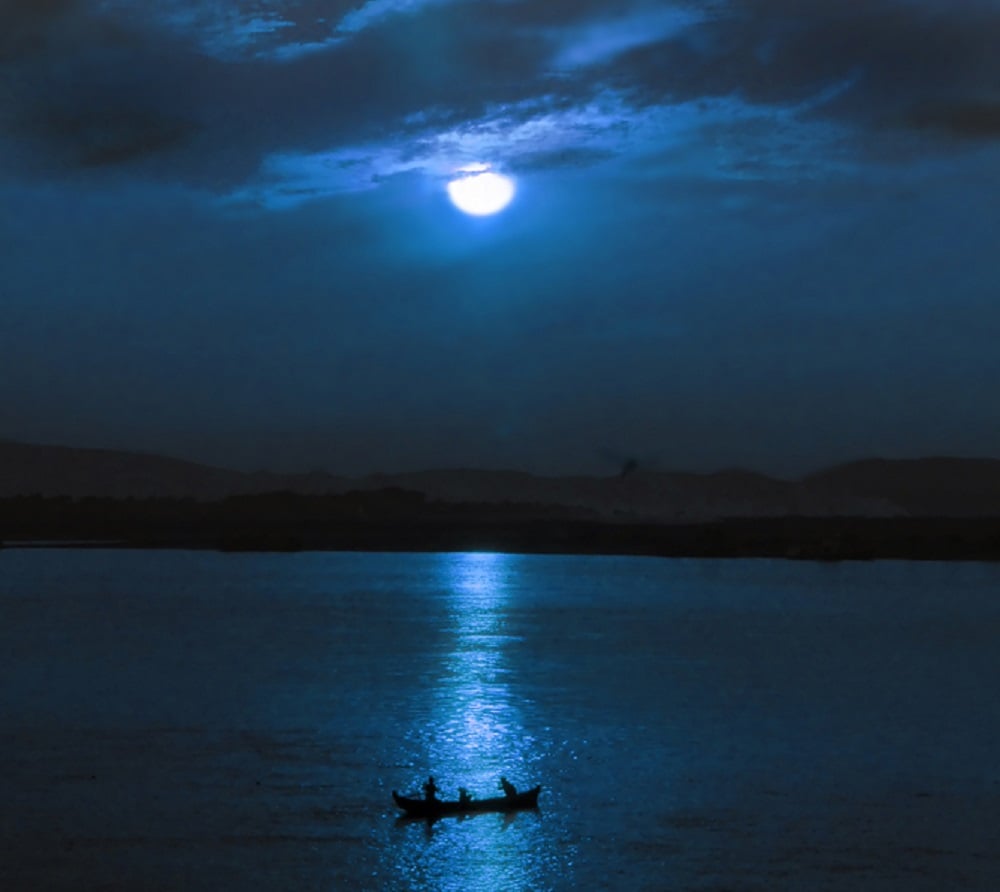 Did you know that the moon is what causes tides in the ocean? Its gravitational pull is a force to be reckoned with, and causes the water in the ocean to bulge and move. So, how does this work?

How does the moon affect the tides?

Well, the short answer is that high and low tides are caused by the moon. The moon’s immense gravitational pull generates what we call tidal force.

This tidal force causes planet Earth and the water on Earth to bulge and be pulled to the side that is closest to the moon. These bulges in the water are high tides.

This is why there are generally two high tides and two low tides most days on coastlines around the entire world.

The moon has such a strong gravitational pull, that even though it has about 1/100th of the mass of our planet, it pulls Earth and its waters towards it.

This tugging, caused by the moon’s gravity, raises the Earth’s crust ever so slightly, which is what causes oceans, ponds and rivers to experience tides. The water then bulges in the direction of the moon, which is called the tidal force.

Are tides stronger during a full moon?

Yes, the tides will be stronger during a full moon. This is due to the fact that tides are higher when the moon is full because the gravity from the moon and the sun are pulling together on the Earth at the exact same time.

During a full moon, the Earth, the moon and the sun arrange themselves in a sort of line. During this time, the pull on the tides increases, largely because the gravity of the sun is reinforcing the moon’s gravity, causing a larger pull and bulge. Hence, at a full moon, the tide’s range is at its maximum.

These tides are generally called spring tides, but are not named after the season, but more in the sense of jumping, springing, rising. Thus, spring tides have the most extreme high and low tides every month around the full moon.

What time of year are tides the highest?

The time of year when the tides are the highest are the spring tides. This happens in the lunar month, every 14 days when there is either a full moon or a new moon. This time of the month is when the gravitational pull of the Moon and Sun is the strongest because they are in alignment.

Both the moon and the sun then have a much larger gravitational pull on the earth, causing the highest and biggest tides.

Does the sun affect tides?

Whilst the moon has the main effect on the Earth’s tides, the sun does also generate a considerable amount of tidal force. When the sun affects the tides, these are called solar tides, rather than lunar tides, and are about half as large as lunar tides, created by the moon’s gravity.

Are tides higher in summer or winter?

The tides are actually slightly higher in the summer rather than in the winter. This is due to several different factors, such as the water temperature during the summer and winter months, along with seasonal changes, and weather conditions like rainfall and wind.

However, summer tides are generally higher because cold water in the winter takes up less volume than warm water, and so the tides will be lower during the winter months.

What is a king tide?

A king tide will occur at the full moon or new moon, when the Earth, moon and sun are aligned at perihelion and perigee, creating the largest tidal range seen over the year. A king tide is therefore the largest type of spring tide, and a particular type of high tide.

To summarize, tides are affected by the moon. The moon’s incredible gravitational pull is what causes the Earth’s crust and its waters to be pulled and tugged towards the moon. This pulling causes a bulge in the waters, which creates high tides.