Can You Eat Puffer Fish?

We’ve all heard the legend of the deadly puffer fish. Dwelling in deep tropical and subtropical waters, this highly toxic fish is famous for its long tapered body, round head, and hard spikes.

Even touching the tips is enough to cause death. That leaves us with the plaguing question, can you eat puffer fish? 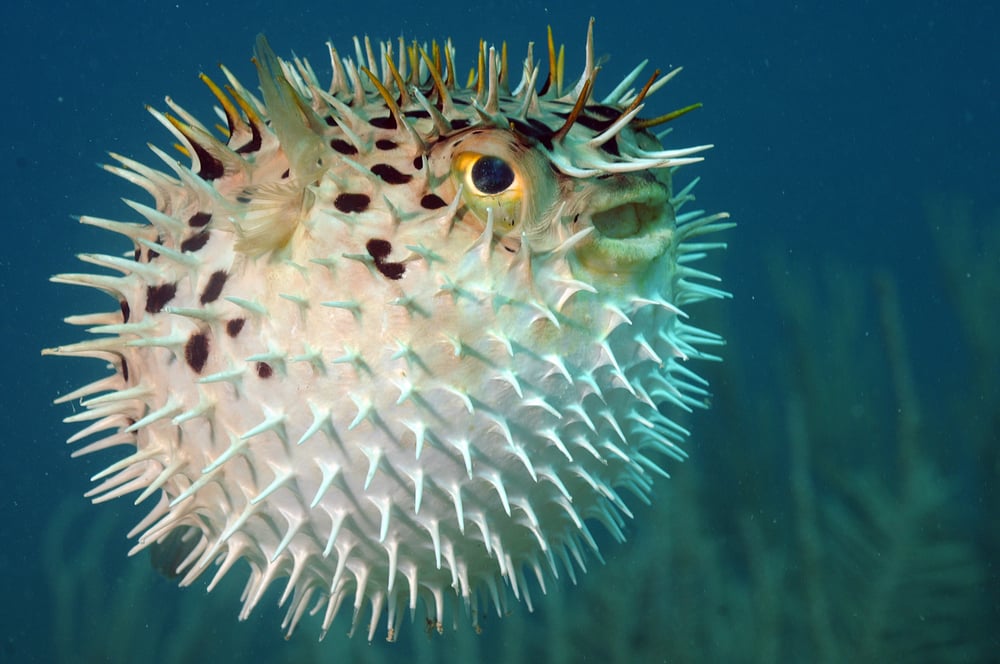 Despite its toxicity, you’ll be surprised at the answer. Eating puffer fish is on the bucket list of many travelers looking for a unique and thrilling cultural experience.

Puffer fish contains a deadly poison that’s strong enough to kill thirty humans, and there is currently no known cure, leaving many people wondering if they can even eat this fish.

The straight answer is that you can eat certain parts of puffer fish meat, but with caution. It is not traditionally served in North American restaurants, so you will have to travel to Japan or Korea if you want to experience a taste of this fish for yourself.

To fish and other predatory sea creatures, puffer fish tastes like death. The small size and awkward movements of a puffer fish make it vulnerable to predators, so it uses its elastic stomach to “inflate” with water and become round, thus protecting it from being eaten. If the predator manages to eat it before inflating, a lethal substance called tetrodotoxin, which has a foul taste, will eventually kill the predator.

While this substance is also toxic to humans, some parts of a puffer fish are edible. People who can taste this fish are surprised to discover that it doesn’t taste much like fish, and they liken the flavor to chicken or frog legs. Others say that the taste is similar to that of a whitefish, such as a tilapia. Served raw, puffer fish has a chewy texture, and when cooked, the surface becomes soft and delicate. 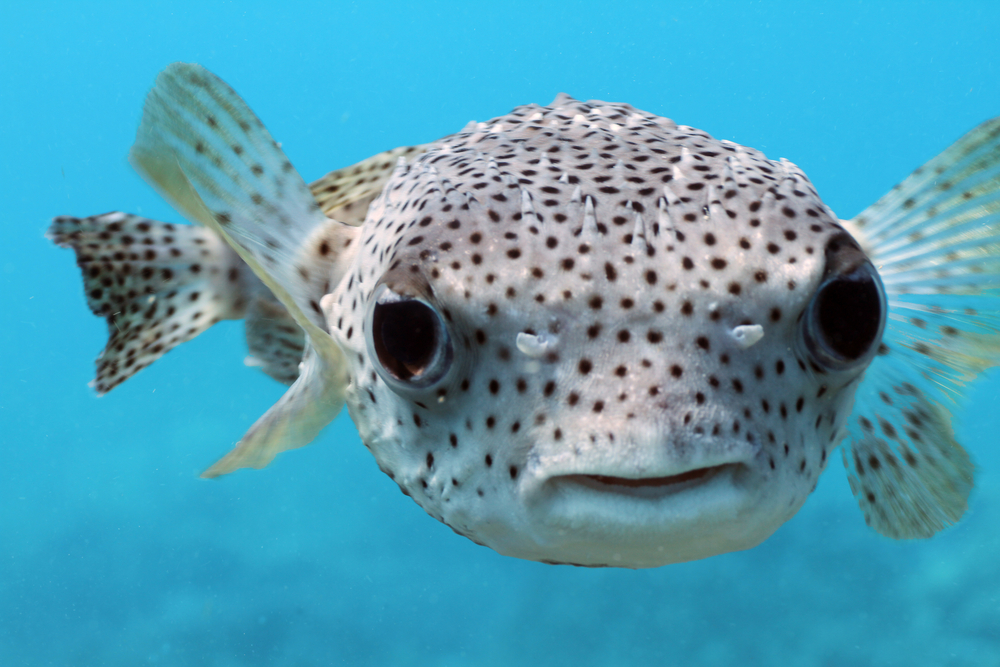 Believe it or not, some parts of puffer fish meat are considered a delicacy in countries like Japan and Korea. Pufferfish are boneless, so it is very easy to eat. The most flavorful part of the fish is the milt, otherwise known as its sperm sac, and this is only available during the spring.

Can You Eat Puffer Fish Raw?

Puffer fish that is served raw is called sashimi and is a form of sushi. Puffer fish sashimi is sometimes called “Tessa” in Japan and is made with meat from the main fillet. The meat is then sliced very thin and served on a colorful plate with edible flowers and sauce. You can eat the skin and milt raw, although many people prefer cooked skin since it’s more flavorful.

Is It Safe to Eat Puffer Fish?

Since even one wrong cut can lead to death, it is essential to only consume puffer fish meat prepared only by a trained and licensed chef. Those qualified to cook this fish in Japan have to pass a national written practical exam. Puffer fish is served in soup, salad, deep-fried, seared, or served as sashimi, called “fugu” in Japan. The most dangerous part of a puffer fish is the liver, and the poison is often found in its kidneys, intestines, and ovaries.

Despite its deadliness, it is possible to eat certain parts of a puffer fish. Next time you’re traveling to Korea or Japan, you might consider visiting a seafood restaurant specializing in serving the edible pieces of puffer fish fillet. As eating this fish is similar to playing Russian roulette, it is imperative to make sure that the chef preparing it has the proper certification and training to serve it.