Can You Eat Seahorse?

Seahorses are one of the most unique creatures in the sea, and as such, there is a lot of mystery surrounding them. One of the most intriguing questions when it comes to these fish is, can you eat seahorse?

The answer may surprise you, as you don’t usually find seahorses on the menu at seafood restaurants. However, as with most fish, you are able to eat seahorses, even if it might not be the best idea. 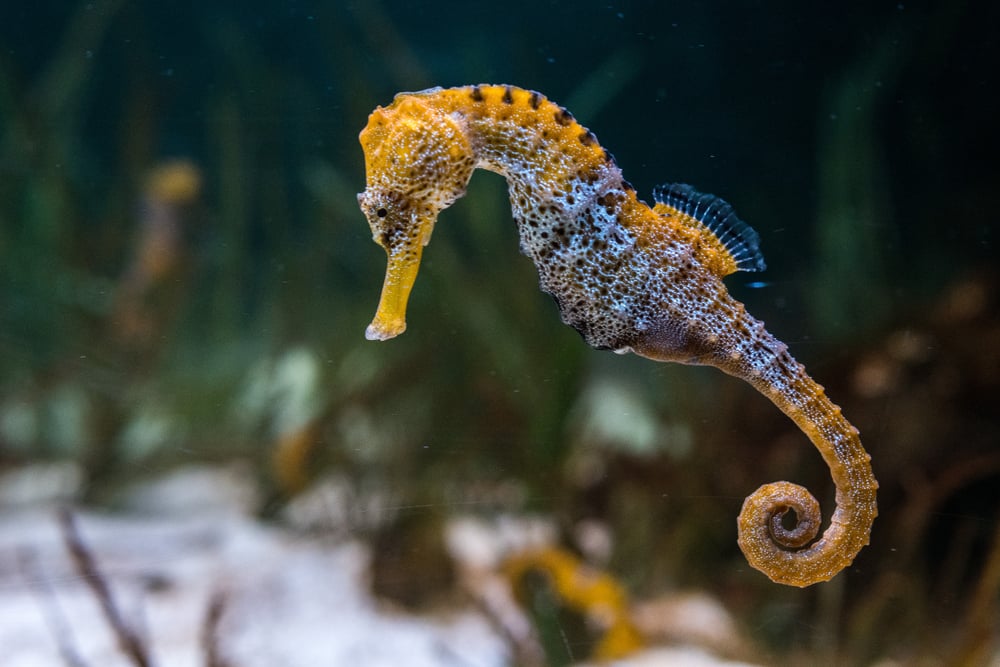 This is not a fish that you’ll find on menus in the United States, unless you happen to be in an authentic Chinese restaurant that serves them as a delicacy. You can eat them, but most Americans don’t, probably because they’re considered some of the friendliest fish in the sea, even if this reputation isn’t always true. Despite there being very little flesh on a seahorse, you’ll still find them fried and stuck on a stick in Asian markets.

These little creatures offer no real nutritional value and are basically eaten just for the prestige of saying you’ve eaten seahorse. They can’t be prepared in many ways because there is such a small amount of meat to remove from the fish. It wouldn’t even be worth trying to separate what meat there is from the inside the fish’s exoskeleton. In fact, these fish are so bony that the only sea creature that will eat them is the crab!

There are approximately 30 known seahorse species in the world’s oceans, the smallest of which is less than an inch long and the largest of which can top 14 inches in length. They are one of only a very few fish that mate for life, and even more unique is that the male seahorse gives birth to the couple’s young. Seahorses are found in shallow warm waters, typically in tropical climates, such as off the coast of Florida.

Seahorses are extremely salty and have the consistency of fried squid. You’ll mostly find seahorses prepared as kebabs in China, but they are also a popular component of soups and are paired with pork and dates. If they are fried to a crispier texture than usual, they may actually taste more like salty pork rinds instead of chewy, like squid. Either way, in Asia, seahorses are thought to have medicinal uses, which fuels the seahorse market.

There’s a massive black market for seahorses because they are becoming endangered and even though there are restrictions on the international trade of seahorses, there are still places where the market is thriving.

Between 2009 and 2017, seahorses represented nearly 25% of illegal marine products that were confiscated from traffickers across the globe. The demand is thought to be due to the purported medicinal properties of the fish despite no proof that seahorses actually cure asthma, insomnia, or heart disease.

In the end, you certainly can eat seahorses, but be aware that many species are heading toward extinction due to the voracious Asian appetite for the tiny creatures. It might be better to choose any of the other types of fish that are known to taste good and are plentiful rather than the salty, rubbery seahorse. Plus, there’s really no nutritional benefit to eating a seahorse, so this is one type of fish we would skip.