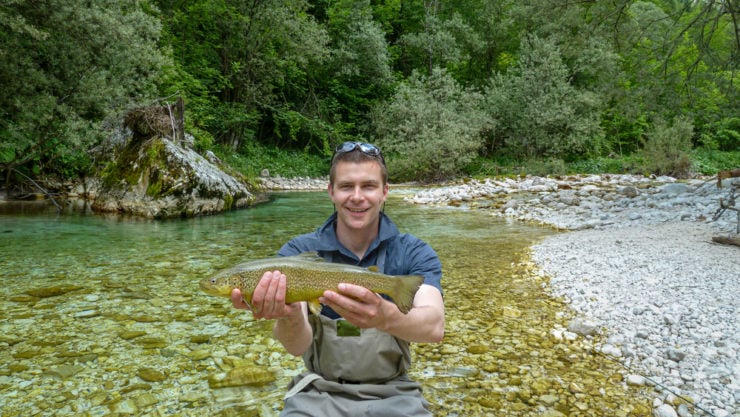 The marble trout is a rare species and is only native to the Adriatic region of Europe around Slovenia and the Northeastern part of Italy.  Primarily in the waters and tributaries of the Soca River.

Trout are a part of the Salmonidae family of fish and splinters into over a dozen subgroups categorized by physical and geographical characteristics. The marble trout is no exception as a member of the Salmo marmoratus classification.

A cousin of the brown trout, it does share a slight resemblance. However, the marble trout has a distinctive appearance, which features a long cylindrical body attached to a large head, which accounts for nearly 25% of its total length.

The marble trout’s coloring is its most distinctive feature, and where it derives its name. Various shades of gray, brown, gold, silver, green, and black cover its body in marble patterned spots and designs. A breed specific red dotted thread running along its lateral line from the gills to the tail is common. 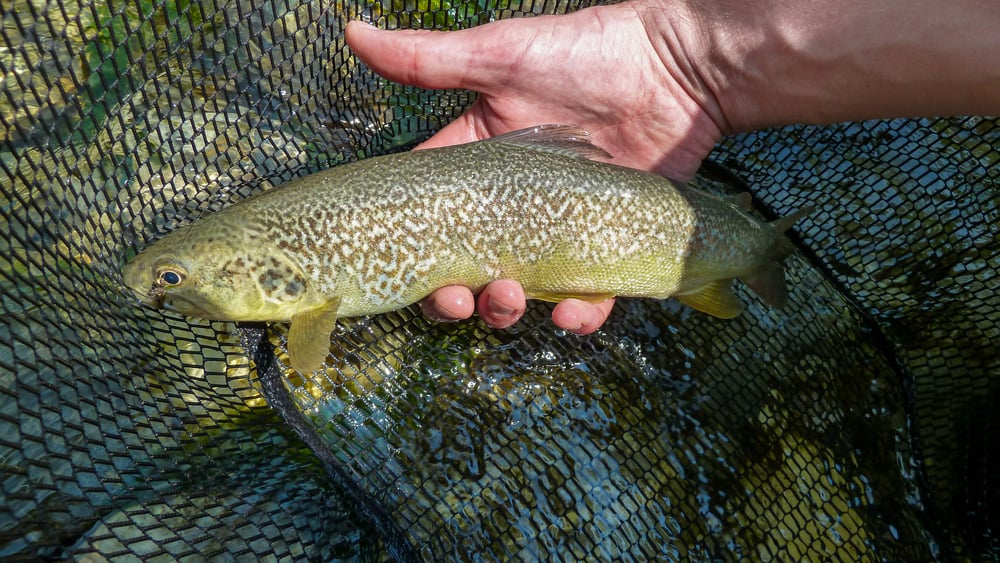 Like their relative, the brown trout, the marble trout can live up to twenty years old. However, studies show the average lifespan at eight years, with it reaching full maturity between three to four years old.

Marble trout enjoy the gravel and stone bed headwaters of rivers and mountain streams. Like other trout, they gravitate toward structures and will look for holes and crevices to hide in. They prefer fast-moving cold water.

Referred to by the Slovenians as “their” fish, the marble trout inhabits many of this Eastern European country’s lakes and streams. Though serving as a source of Slovenia’s national pride, the species’ range stretches far beyond that nation’s borders, encompassing a large part of the Adriatic region, from Northern Italy to Bosnia-Herzegovina and Montenegro according to the experts at Lustrik.

Although the species is the only indigenous trout in the region, its appearance and size have altered over the years because of climate change and man made interference. Due to other factors, the areas of the Adriatic region that the species resides in have also changed.

In the early stages of their lives, marble trout feed on insects and larvae, but their diet changes with the increase in size. As they get older, they rely on more substantial food sources to sustain their greater body weight.

The marble trout is considered an apex predator. Their favored tactic is to wait in crevices and holes for prey to pass between them and the riverbank, effectively trapping them. They do have a varied diet that includes different species of small fish and crustaceans. 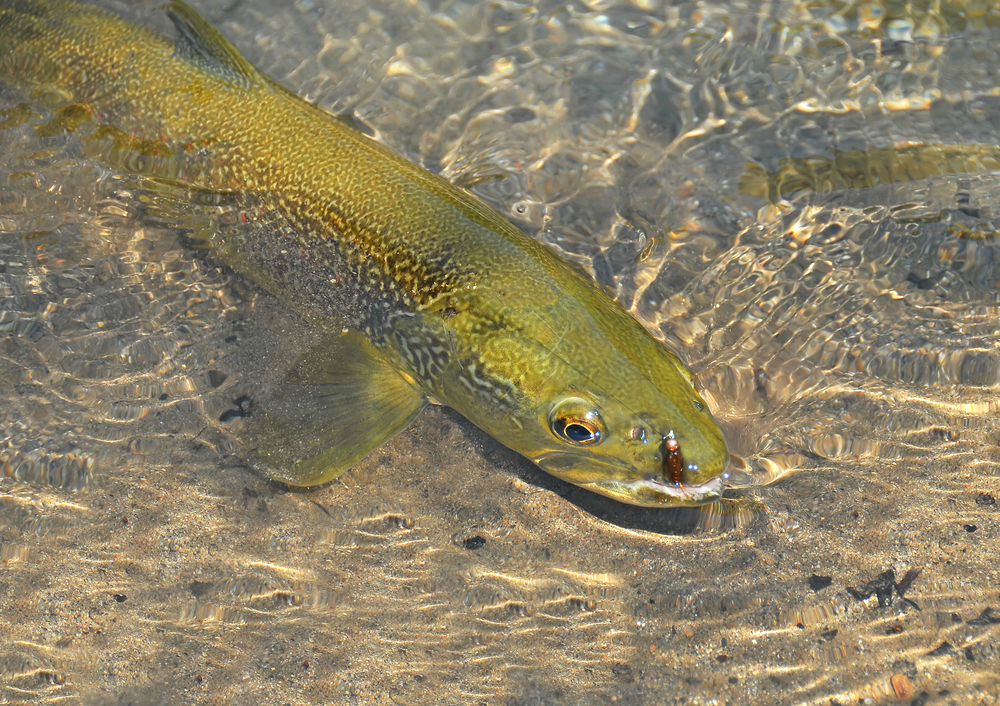 Effective hunting is also affected by energy level needs, with temperature playing a significant role. As the water warms in the daytime, consumption levels increase with the rising temperatures.

Marble trout are territorial and will vigorously protect their areas. Fighting aggressively for food resources is not uncommon.

Marble trout are an endangered species, with only eight genetically pure populations on earth.  According to Balkan Trout, one reason for the decline is inbreeding with other species of trout. The cause was due to poorly planned attempts to improve fish stock by introducing new trout species to the region.

Habitat loss is another factor in the species’ decline. Dams and other construction projects have interrupted breeding grounds, greatly diminishing, or wiping out entire river populations. 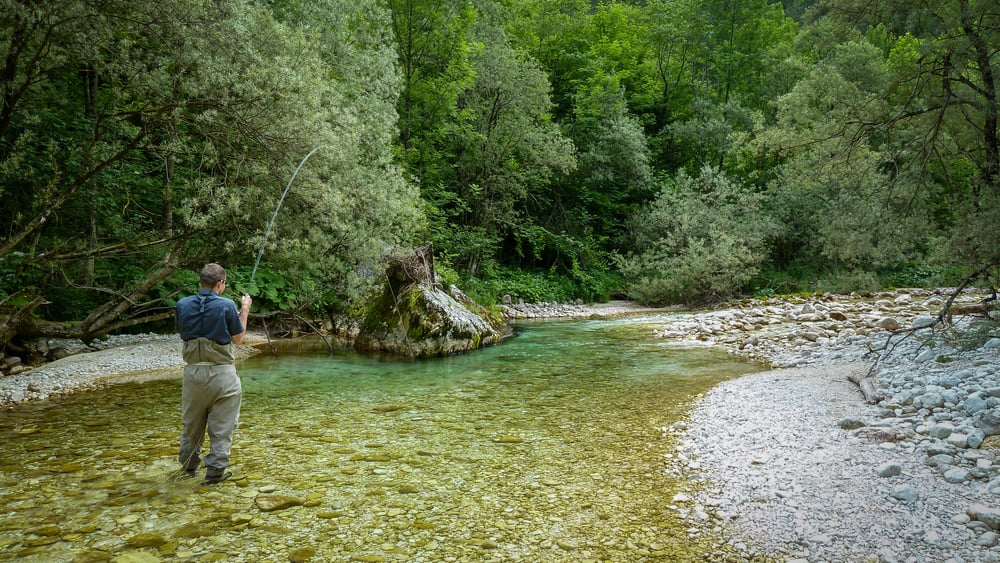 Initially, the purebred marble trout had a much more extensive range than it does now. However, the vibrant populations that once existed in Croatia and Albania have vanished. It has created an odd circumstance in which the species’ population does not run in a continuous line but has gaps or holes absent of population in the middle of the Adriatic region.

These large gaps in the population centers have fragmented the species. Without these connections, breeding options have been greatly diminished.

Most of the hybrid population of marble trout is in the southern region of the Adriatic. To find the real marble trout, one must look in the northern Adriatic area. The Soca river system and its tributaries, the Rižana and Reka, offer great locations for fishing excursions.

Another popular region to catch the species is northern Italy. The end of the winter season is the best time; the snowmelt creates fast-flowing chilly waters in the mountain rivers. 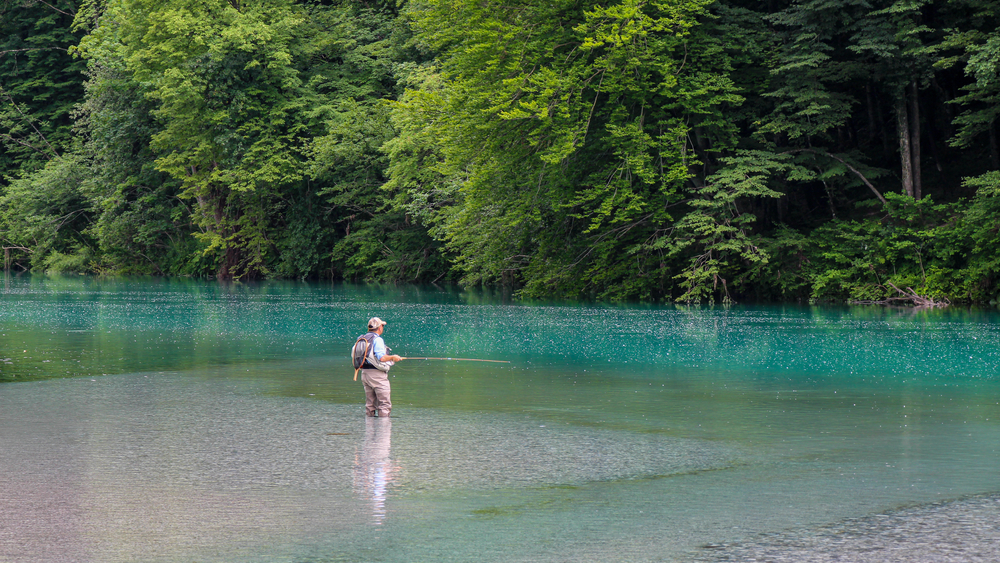 Marble Trout is highly alert and attracted to movement, making it perfect for fly fishing. Their ability to blend in with their surroundings and their quickness and power make them a thrilling challenge. The experts Fishmasters can give you tips for the best rod and reel combos.

Marble Trout become highly active in their feeding habits with the increase in temperature. This makes the late morning hours prime time to fish for them. At this time, their appetites are ravenous, and the waters warm enough to activate them.

Due to its limited habitat area and declining numbers, a marble trout fishing excursion will take planning. Its reliance on cold, fast-flowing rivers will require the angler to look at specific times of year to have the best results.

Make sure you pay close attention to local regulations and laws as well. As a protected species, there are restrictions.

Marble trout has a pink colored low-fat flesh. It is fantastic for carpaccio and tastes excellent when marinated with mild spices.

Given its region of origin, this fish is best served with local ingredients, such as puffed buckwheat and sprouts, and is highlighted well with oils from citronella, geranium, and mint.

Have a Memorable Trip

Marble trout provides a rare fishing experience.  The uniqueness of the species and the locations of its habitat promises any angler a thrilling sporting trip.