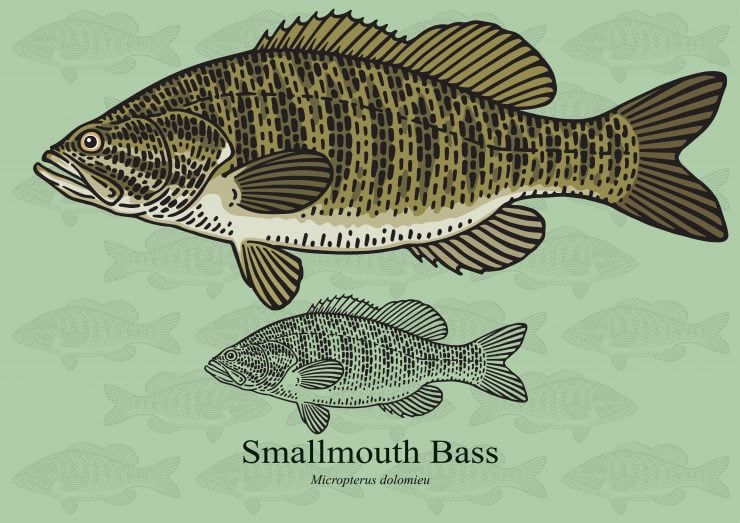 The smallmouth bass, also known as brown bass, is one sought after by angler fishers throughout North America. These fish are abundant in many Northern lakes, but they are not so easy to catch, as they put up a great fight, making it much more of a game, which is the point, after all.

This guide will give you all the information you need to know about these feisty fish, from their origin to the life cycle, to how to fry them up.

The Smallmouth Bass (or Micropterus dolomieui) is actually a member of a much larger family called the sunfish family. Some of its better-known family members include the rock bass, largemouth bass, and black crappie.

This fish’s sturdy, sideways, almost flat body might make it a bit easier to identify. Along with other characteristics, such as vertical bands that are dark in color, dorsal fins that are connected and have scales on the bottom part of the fin.

Unlike its kin, the Smallmouth Bass is a brownish color that is unlike the more green coloring of the largemouth bass and reddish or orange eyes. 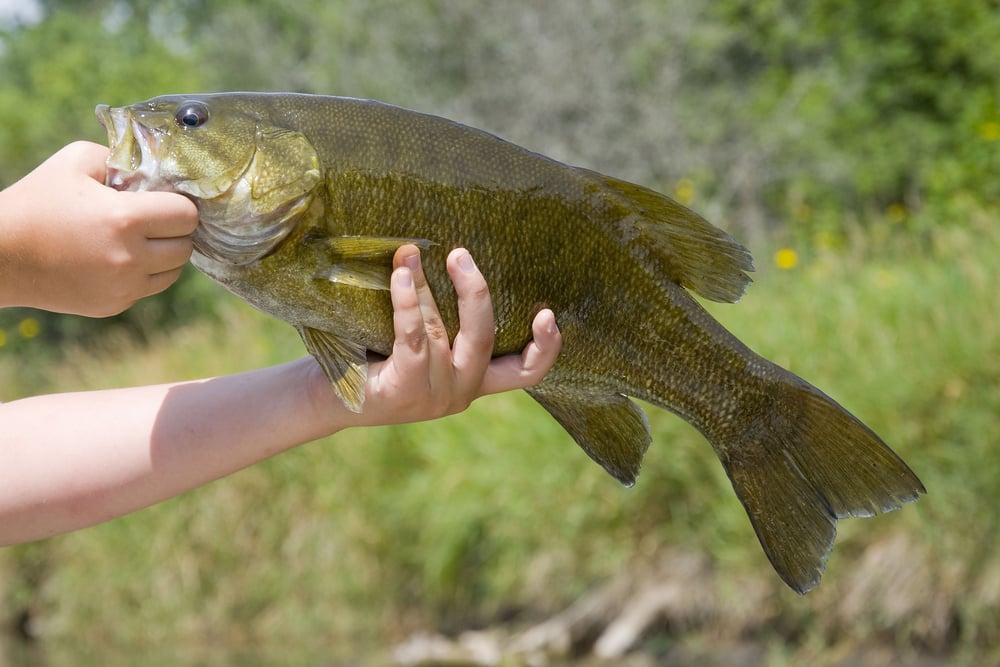 This fish is native to and predominantly found in rivers, streams, and lakes, its preference being clearer, cool water areas and likes to swim among rocks and stumps. It was first found in Eastern Central North America and can be found today from Southern Quebec to South West Arkansas.

Spawning of the smallmouth bass begins in mid-April, but peaks in May, when the water temperatures exceed 60 degrees Fahrenheit. The smallmouth bass will spawn in a quiet place with little current, often behind an obstruction like a large rock or stump, so that the current is stilled.

The male smallmouth will prepare the nest by sweeping debris out of the way with a sweeping motion of his tail, then lining the bottom with small pebbles. The female will enter the nest only to deposit the eggs. Often, more than one female will use the same nest. It takes about 20 to 30 minutes for the female to deposit all of the eggs. At this time, the female changes in color to a more mottled pattern.

There can be 2000 to 15000 eggs deposited by one female. The eggs only take 2-3 days to hatch and are most vulnerable during the first year to predators. They reach maturity during the second or third year of life. The lifespan of smallmouth bass is one to 12 years.

The smallmouth bass can be found in running or still water, preferring cooler temperatures. It prefers habitats with rocks and other debris that make for good shelter against the current during spawning time.

Smallmouth bass prefer to eat crayfish, which make up the majority of their diet. Other fish they will eat include perch, darters, minnows, sculpins, sunfish, suckers, and rock bass.

When they are still in the larval stage, smallmouth bass will be preyed upon by more massive bass, yellow perch, sunfish, and northern pike. Other animals that will eat them are herons, snakes, and frogs.

As adults, the smallmouth bass’s main threat is humans, but northern pike and musky also like to snack on them. 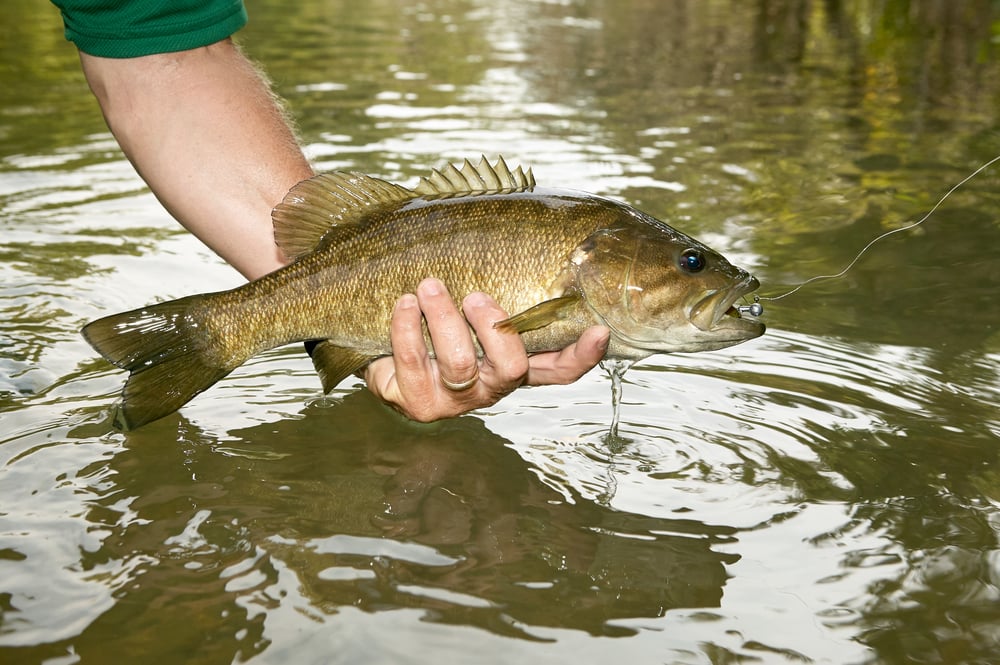 Not that you know where to find smallmouth bass, you need to know the best way to go about catching one. The first thing you will need is the proper gear to catch smallmouth bass, and this depends on the type of fisherman you are. Some prefer to go out in boats while others revel in wading into the cool water to cast a line.

These fish aren’t incredibly picky eaters, so you will be able to find plenty of bait that they will latch onto. Crayfish, tadpoles, and several different insects are perfect to use as bait for smallmouth bass. Keep the bait small enough for these fish to grab onto easily; six inches should be the maximum length.

For fly fishing, make sure your bait is about 2 inches in length to give the smallmouth bass something substantial to chomp down on. You will also need a small weight to apply to the bait so that it goes to the bottom of the lake, stream, or river.

To make your lure more appealing, make sure it is roughly 6 inches in length. Add a scent to draw the smallmouth bass in, like garlic. To further entice, use a lure with some flash so that it is clearly seen through the water, as well as one that makes quick, jerky motions that mimic that of the food a smallmouth bass would ordinarily eat.

The Eastern Northern States of Canada and the United States are where you can find the smallmouth bass. Smallmouth bass especially like to hide along granite-bottomed bodies of water.

Smallmouth Bass are savage and will hunt anywhere from the bottom of their habitat to the surface, making them fun game. You want to look for the perfect fishing ground for these guys in a shaded area protected by overhanging trees. Another good spot is along the shoreline with abundant underwater vegetation.

With the right cooking method, these fish can be delectable and satisfying.

If you prefer to leave the skin on, you can clean the fish, cut slits down the side and season to taste, then put it on the stove or grill for no more than 8 to 15 minutes, as to avoid drying out the meat.

For an easy meal, dry the skin after the fish is cleaned and rinsed, score the filet about ½ inch deep about two or three inches apart. This will help prevent the fish from curling up on itself and presenting as distorted. Season with salt and pepper and fry in butter for a delicious and crispy taste.

There are many other ways to prepare smallmouth bass, with herbs and glazes. It just depends on your taste and the company you are preparing it for. It is a delicious choice for traditional fish fry to the more sophisticated palate.