With Triggerfish Season coming, you may be wanting to prepare yourself for next year’s season.

Whether you are a beginner to fishing and have never tried hunting for Triggerfish before or a more experienced angler who has caught a fair few Triggerfish in their time, it’s important to make sure that you know how to prepare and what kind of areas to look out for to boost your chances of success. 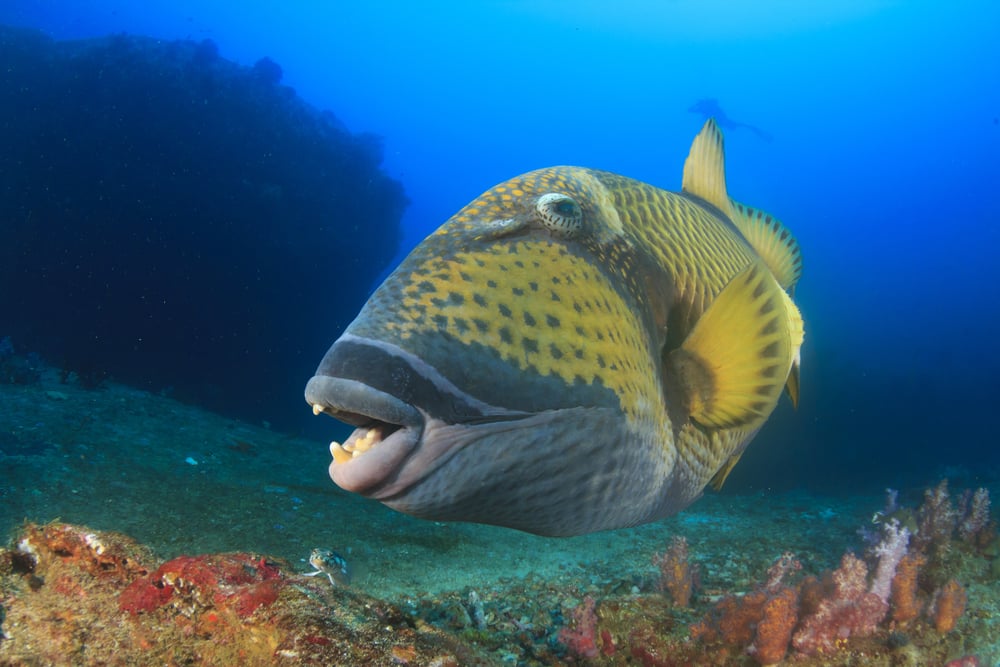 The dates for Triggerfish Season 2022 haven’t been announced just yet but reading this guide means that when the dates have been announced, you will be fully prepared and will know what to expect when you go out on your fishing trip.

In this guide, we’ll be taking you through everything you need to know about Triggerfish fishing in Florida from the natural habitat to various techniques you can apply to increase your chances.

The most common type of Triggerfish found in the US is the Grey Triggerfish which is usually found in the waters of the Mexican Gulf both near the shore and offshore. Other areas where they can be found are the East Coast and the Caribbean reefs where the water is warmer.

What makes Florida such an ideal spot for Triggerfish is that it generally has warmer temperatures all year round which is where they thrive. They are often found in the same habitats as Groupers and Snappers as they often like to compete for the same territories.

This is especially evident when you cast your line as the Triggerfish will try to steal the bait from Snappers and Groupers due to their higher speed and aggressive nature.

If you are wanting to catch an adult Triggerfish then you are more likely to find them at the bottom of the water as they like to hunt for a variety of creates including crabs, sand dollars, and shrimp. Juvenile Triggerfish will look for food near the surface as they don’t have the capability of hunting just yet.

They will often feed on sargassum. Triggerfish are extremely strategic when it comes to hunting their prey. For example, when hunting for sand dollars, they will blow a stream of water whilst in a vertical position to lure the sand dollar out.

The best places to hunt for Triggerfish in Florida are Panhandle and St. Petersburg which is probably unsurprising as this is where you also have high chances of catching both Groupers and Snappers as well.

You can fish for them from the shore but if you are wanting to catch larger fish then it’s best to hire a charter and hunt for them that way.

Knowing how to recognize a Triggerfish will also ensure that you have a better understanding of what you are hunting. Luckily, certain identifiable features allow you to recognize Triggerfish immediately.

The main one of these is that they have laterally compressed bodies that are accompanied by two dorsal fins with a small mouth. The dorsal fins have small spines which resemble a trigger hence where it got its name from.

Their skin is extremely strong and firm which can make it difficult to catch them initially but once you build your experience and learn how to approach them, you’ll be catching bags of them in no time.

Triggerfish often measure between 14 to 17 inches on average but the maximum length that has been recorded for a Triggerfish is an amazing 30 inches. The heaviest Triggerfish ever caught on record was in Florida and weighed 12 pounds and 7 ounces.

Triggerfish are known for being voracious fighters which can be surprising to some anglers due to their smaller size. One tricky feature they have in their favor is their small mouths which can take your bait quickly.

Making sure you change your tactics depending on the location of the fish is the key to success but an essential piece of equipment you will need is a small and sharp circular hook.

This will make it exceptionally difficult for the Triggerfish to spit the hook back out as it will pierce right through the flesh at an angle where it puts them at a disadvantage.

When it comes to choosing your bait, you have better chances when using live bait such as squid as this will stick firmly to the hook yet move enough to attract the Triggerfish’s attention. Also having an inch wide cube will also be hugely beneficial to you as it will add some weight meaning that the line will go deeper in the water.

This is helpful as Triggerfish like to stay near the bottom of the water so you need to ensure that you have a weighty sinker to hand.

A popular tactic is to make sure that you drop the entire hook to the bottom before reeling it back up once it has gone as far as possible. Making sure that you reel back slowly will prevent the Triggerfish from being startled and swimming away.

By keeping the reel going, you will keep momentum in the tension on your line meaning that it will become sensitive enough to feel any bites. When the Triggerfish bites, make sure you start to reel back really fast to give it less chance of fighting back.

Also, try to prevent jerking the rod as it might cause the hook to slip out of the Triggerfish’s mouth resulting in a loss. However, a smooth reeling in will lessen the chances of any fight back as well as ensure that the hook remains firmly in its mouth.

The same advice is said to those who have the urge to yank the rod up aggressively, you will heighten the chances of the Triggerfish escaping as the hook will most likely fall out.

If you want to heighten your chances of catching multiple fish then you can use a three hook chicken rig which can encourage competition between Triggerfish as they like to compete for their food.

Using the same bait that is used for Groupers and Snappers will heighten your chances of catching a Triggerfish and can also lure multiple fish to the same location which is great for boosting your chances of success even further.

Once the Triggers see a Grouper or Snapper attempting to eat the food, they will rush in with great speed and take it for themselves to steal it. Bear in mind that Triggerfish nibble the bait first before fully biting it.

Once you’ve caught your Triggerfish, you may be thinking about what you want to do with it. It’s not well known but Triggerfish are among the most delicious fish you can have thanks to their soft meat.

Either way, cutting into a soft spot will ensure that you aren’t wasting a lot of the meat whilst also ensuring that your fillet knife isn’t damaged by the tough gills.

Overall, it may seem intimidating when it comes to catching Triggerfish due to their aggressive nature and ferocious fighting abilities but knowing where to find them and how to find them, you are sure to master how to approach them and will reap in the success before no time.

So whether you have been fishing for Triggerfish for years or have never done so before, make the 2022 Triggerfish season your most successful one yet.