Home > Saltwater Fishing > 8 Types of Snapper to Catch In Florida

8 Types of Snapper to Catch In Florida 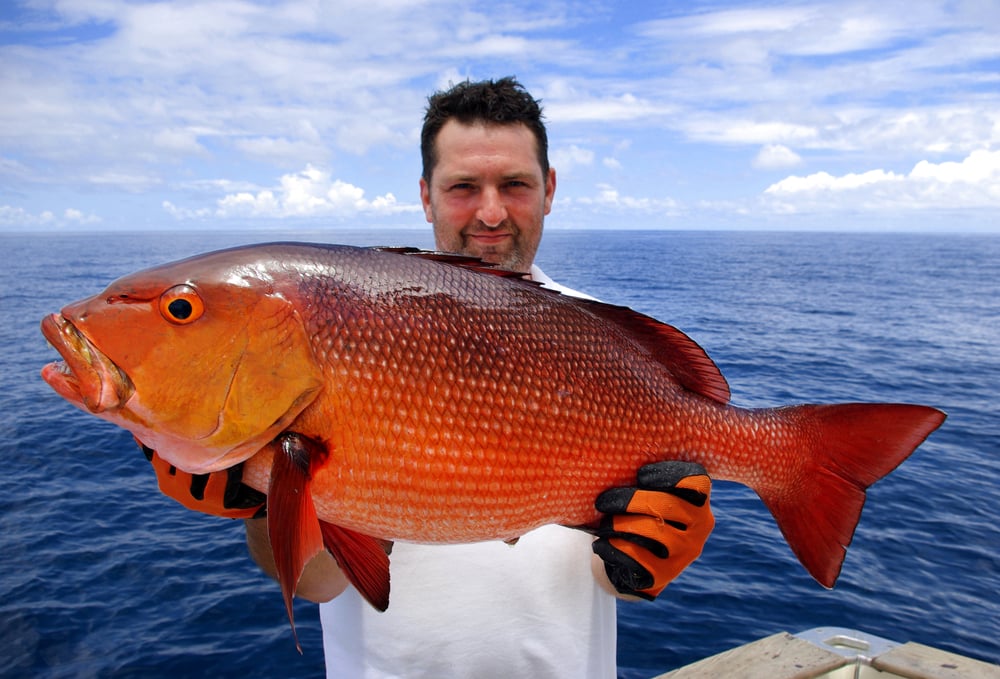 But how can you tell the different Snappers apart? Which ones are easiest to catch? What kind of bait should you use? What kind of snapper makes the tastiest meal? Perhaps you just want to find out more about these popular fish?

We have put together a list of the most popular types of Snapper found in Florida, with some useful information on their size and appearance.

The Cubera Snapper is one of the biggest types of Snapper. The average weight of Cubera Snappers caught in Florida is around 20 to 40 pounds, but many caught each year weigh up to 100 pounds. The heaviest Cubera Snapper catch on record was 124 pounds and 12 ounces.

Cubera Snappers have an Intimidating appearance, with a thick heavy body, red coloring and large pointy teeth. They are tenacious hunters, moving alone around reefs and rocks. This may be why they are also known as ‘Cuban Dogs’ as they hunt like lone wolves. They tend to feed on fishes and crustaceans.

These large fish will put up quite a fight as you reel them in, but make an impressive catch. Whilst they grow to large sizes, they begin to lose their flavor over 40 pounds and the texture is also compromised.

Cubera Snapper are found in South Florida, but also live in the waters off the Bahamas and the Caribbean. It is best to fish for these snapper at night using whole lobster as bait.

The Lane Snapper is much smaller. They rarely weigh more than a pound and are usually around a foot long. The heaviest Lane Snapper catch on record is 8 pound 3 ounces.

These Snappers are fairly easy to catch as they take obvious bait and live in shallow waters.

They have a pleasant, bright colorful appearance with yellow stripes. Whilst they are not the meatiest catch, they have a lovely delicate flavour and soft texture.

The Mangrove Snapper has a similar appearance to the Cubera Snapper, but they are much smaller. Most catches weigh around 5lb, but the heaviest catch recorded  was 18 pounds 10 ounces.

Mangrove Snappers, as their name suggests, live in mangroves and seagrass beds. Some even venture up the estuaries to freshwater rivers. They are less colorful than other types of Snapper, with a coppery hue and a grey underside.

Whilst these small Snappers are not a trophy fish, they are still fun to catch. You can bait Mangrove Snappers with live shrimp, minnows and crabs.

Mutton Snapper vary greatly in size- you could reel in a 5 pound or a 20 pound fish on any given day. The heaviest recorded catch was 30 pound 4 ounces.

They have been nicknamed the ‘King Snapper’ and are known for their vibrant and striking coloring of pink, red, green, and yellow.

Mutton Snapper are found around the reefs of Northern Florida where they feed on smaller fish and snails. They are quite strong and If you catch them in deeper water they will put up a fight. Live pilchards or shrimp make the best bait for Mutton Snapper. You can catch up to 10 Mutton Snappers per angler if they are at least 10 inches long.

The meat of Mutton Snappers is soft and delicious.

The Queen Snapper looks very different from other types of Snappers. They have an elongated body, extended tail and long fin.

They are not the heaviest fish but are known for being incredibly flavorsome. The heaviest catch recorded was 28 pounds.

These colorful fish live in deeper waters than other Snappers, so you will need deep water equipment to catch them. However, once they have taken the bait they will not put up much of a fight. You can catch up to 10 per angler as long as they are at least 18 inches long.

Red Snappers are red on top with silvery sides, and a deeply forked tail. Their eyes are large and yellow.

The Red Snapper is a firm favorite amongst anglers all over the world, and Red Snapper season is the most popular fishing season in Florida. A good catch would weigh around 30 pounds, but the heaviest was recorded at 50 pounds 4 ounces.

Red Snappers are found near bridges and piers in north and central Florida. Use small baitfish to catch them. Once they have taken the bait they will use their signature head shaking move to try and fight against being caught. If you catch a Red Snapper less than 20 inches long you should return it to the water.

The incredible flavor of the Red Snapper is recognized worldwide.

The heaviest catch on record was 7 pounds 3 ounces.

Vermilion Snappers feed on small fish and squid. They are found in open water and around rocky reefs.

They are more common in Northern Florida. You can use any small dead bait like shrimp or squid to catch them.

Yellowtail Snappers are very common in South Florida and around the Florida Keys. The average weight of a catch is around 3 pound, but the heaviest catch was 11 pound. 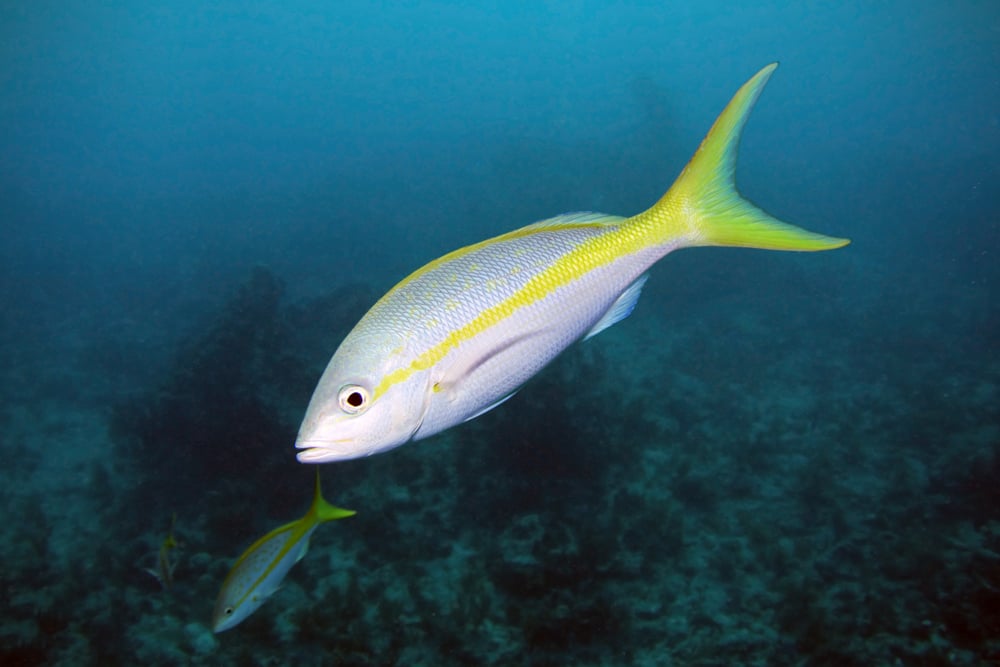 Yellowtail Snappers have a colorful yellow tail, and a yellow line running horizontally along their body. The color is more vivid when the fish are younger. You can catch these fish all year round as long as they are at least 12 inches long.

Yellowtail Snappers live in large schools in shallow reefs, so although they are not very heavy you can catch several at once. There is a limit to 10 per angler in one catch. Cut up shrimp and squid make the best bait to catch these snappers.

There are many more types of Snapper, but we have provided a guide to the most popular Snappers found in Florida. They come in different sizes and colors and vary in their flavour, though they are all pretty tasty!

Please note that this is a guide only- please check state and federal regulations before fishing.