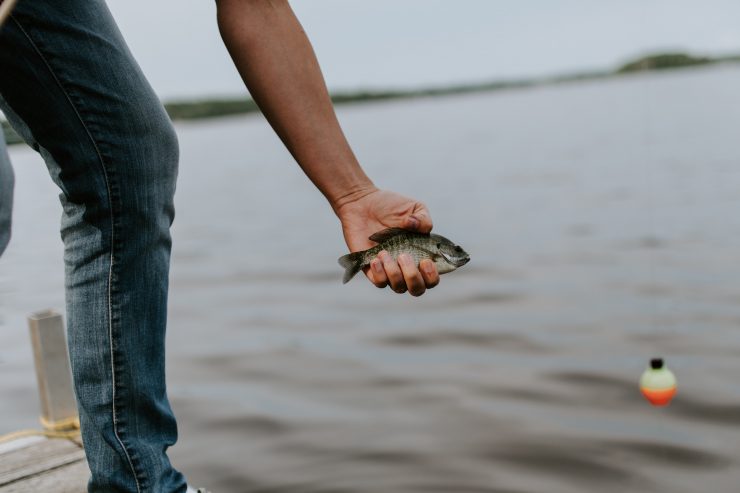 Home > How To > What is Sustainable Fishing?

What is Sustainable Fishing?

Sustainable fishing means that anglers catch fish in a manner that there are enough fish left for reproduction. Fish habitats should be well-protected. Sustainable practices protect both fish and people whose livelihood depend on fishing.

Oceans, lakes and rivers are replete with countless fish species and invertebrates, but over-fishing and climate change can deplete these populations. Fishing is a major industry as well as a vital food source worldwide. Without sustainable fishing practices, we could cause extinction of certain species, loss of income, and affect various ecosystems.

The very first fishing standard is that fishing should be done at a level that allows it to go on for an indefinite time period. To keep fishing a sustainable practice, there must be enough fish left to reproduce and refill lakes for next season. Also, it is vital that fish population stays in a healthy state. Sustainable fishing also entails reducing the environmental impacts of fishing. This suggests that fishing must not harm habitats of other species and the ecosystem.

The Impact of Unsustainable Fishing

Unsustainable practices can seriously deplete populations of certain species. It may even eventually lead to endangerment or extinction of some fish. For example, we’ll look at how bluefin tuna have been seriously reduced in number.

Bluefin tuna is considered one of the most popular fish species among anglers. People love its delicious meat and often consume it in raw form, popularly known as sushi. The higher demand for bluefin tuna pushed up its prices and consequently, anglers hopped on the bandwagon to ensure maximum supply to markets and to profit off of this trend. Sadly, that seriously threatened their population in the ocean. According to recent estimates, the population of bluefin tuna has been reduced to 21% to 29% of its estimated population in 1970.

How this happened is a subject of discussion among fishing experts and environmental enthusiasts. Fishers have been using long-lining and purse seining techniques to catch bluefin tuna in abundance. In purse seining technique, a net is used to herd schools of fish and then engulf them by pulling the drawstrings of the net. Fishers can scoop up a huge number of fish for commercial purposes.

Long-lining technique uses a lengthy line over a hundred kilometers with thousands of baits attached to small lines connected to the big line. That line of bait is then dragged from the rear of a boat. These methods of commercial fishing have benefited thousands of fishers and businesses, but have also negatively affected fish population in the oceans.

You can still consume your favorite fish without worrying about catching that fish in the future. All you have to do is practice and support sustainable fishing. You should practice carbon-conscious fishing as well, such as using electric boats. Multiple studies suggest that fish species have been shifting towards northern waters due to rising ocean temperatures. This unnatural shifting pattern may result in the depletion of certain fish species.

Other sustainable practices include catch-and-release fishing, or only catching within the maximum range set for your fishery. Many bodies of water have specific regulations about how many of each species can be caught to keep the populations thriving. Protect the fish and their ecosystems through sustainable fishing!