When Do Trout Spawn? 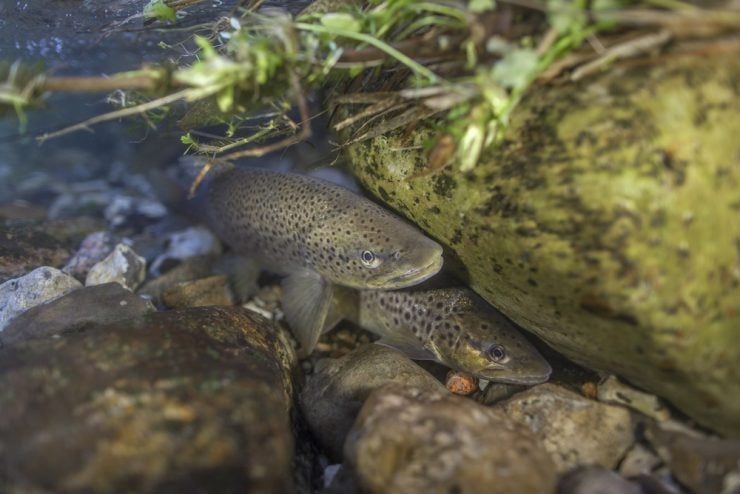 Spawning is an important part of trouts’ lives (especially the steelhead variety, who return from the sea to spawn). So we can’t blame you if you start to wonder when do trout spawn?

Because there are so many types of trout located all over the world, it’s hard to pinpoint one spawning season for all of them. Naturally, each species is different and thus has its own preferred spawning time.

Trout also need cool, clean, silt-free gravel areas where they can lay their eggs and protect them from predators (and the boots of careless fishers).

All that being said, let’s take a look at the common breeding seasons for some of the more popular trout varieties. As you’ll see, spawning season lasts all year long, depending on where you are and what kind of trout you’re talking about.

Steelhead trout return to rivers from the sea in order to spawn in the spring.

Rainbow and cutthroat trout spawn in late spring or early summer, generally between February and May. Rainbow trout begin spawning earlier than other trout species, at just two years of age.

Fall and early winter months, when the water starts to cool, is a popular spawning time for several trout species:

Fall spawning usually takes place between November and January. Interestingly, lake trout tend to spawn at night, while brown trout and most others spawn during daylight.