Where Do Trout Live? 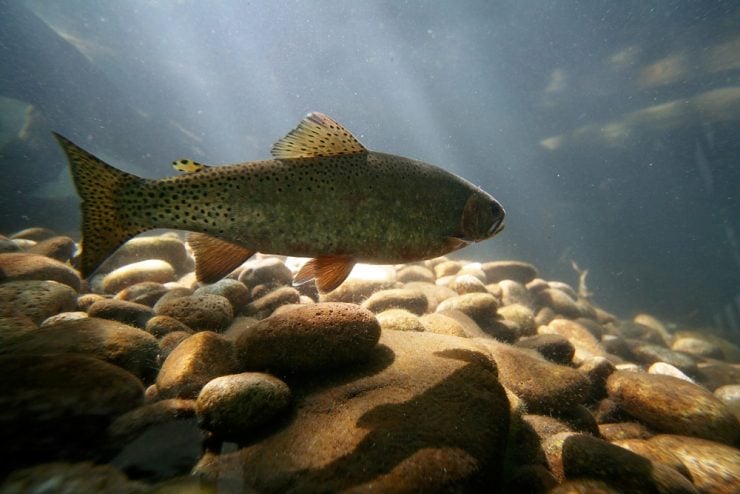 Trout are so common that it seems like you can find them everywhere. While that’s not exactly true, they certainly are widespread across the globe. So, where do trout live? Here, we’ll take a look at where in the world to find them, as well as the types of spots they prefer to spend time in.

You can find trout all around the globe; they’re common in North America, Europe, and northern parts of Asia. Because of their popularity, trout have been introduced to every continent except for Antarctica.

They tend to prefer cooler water of 50–60 °F, so they’re not often found in tropical climates.

Most trout live in clear lakes and streams, but some species will swim out to sea for anywhere from several months to a few years before returning to freshwater to spawn. Certain types of lake trout will swim into rivers during the spawning season.

Where to Find Trout

So now that you know what general areas are likely to be home to a robust trout population, it’s time to pinpoint where in the water they like to spend their time.

Lake trout tend to spend the summers in deeper water where it’s cooler and often hang out where the shore’s warmer water meets the colder deep water. In spring and fall, you’re more likely to find them closer to shore.

In Streams and Rivers

Locating trout in streams and rivers takes a little work, but it’s easy once you get the hang of it. You can often find them hiding behind rocks and fallen logs or places where the river bends. Try to find areas where they can be in the current while staying somewhat protected.