Can You Eat Goliath Grouper? 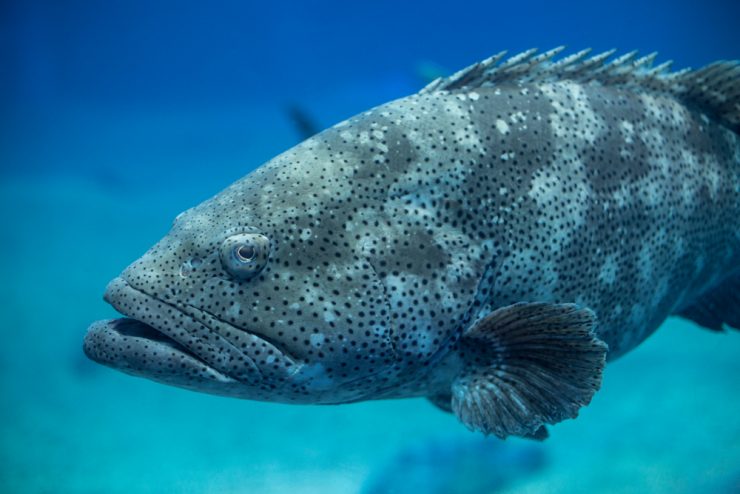 For more than 30 years, the Goliath grouper was not available to fishermen because in the 1970s and 1980s, they were overfished and too many juveniles were being taken. At that time, these fish were prized for both their size and their value as food. So, in answering the question can you eat Goliath grouper, we can say that, yes, they are edible, but catching them is illegal, so they aren’t on the menu very often.

Are Goliath Grouper Good to Eat?

About the Goliath Grouper

The Goliath grouper is still a protected fish in the United States, so, unfortunately, you’re not able to keep this giant creature if you haul one up from the waters. These incredible fish can grow to be 800 pounds and over eight feet long, so if you were to catch one and be able to fillet it, you’d be looking at a lot of meat (some people say you could eat well for a year on just one Goliath Grouper).

Anglers in the U.S. have been lobbying to get the Goliath grouper off the protection list for several years, but the most recent attempt in 2018 failed, citing uncertainty about its remaining numbers. Scientists and divers fought vigorously to keep the fish protected, and the judge sided with them, at least temporarily. However, a new report could convince the judge that a revision in protected status could be warranted later. Fishermen have complained that there are now so many of them that the fish has become a nuisance.

Is it edible?  You can find Goliath grouper on the menu in other countries, such as Cuba, so it is definitely a fish that can be eaten. It is not as tender as some fish, but it makes excellent fish stew and chowder, which is how the fish is often prepared.  These grouper grow to enormous sizes, so if you were to eat one, we suggest a smaller juvenile fish.  The meat is not as tough as the older groupers.

As with other varieties of grouper, the Goliath grouper has a mild taste with a slightly sweet underlying flavor. It has been described as not having a very fishy taste and it falls somewhere between the flavor of a seabass and a halibut. Its sweetness is often compared to crab or lobster meat, which explains why it is such a sought after fish. The main difference between the Goliath grouper and others is the amount of meat you get.

Additionally, because the larger Goliath groupers are now older, when the ban ends, if you do manage to catch one that weighs at the upper end of the limits, the meat might be a little tough or rubbery. You will want to marinate it overnight in a saltwater solution to tenderize it a bit, then bake or fry it thoroughly to ensure it is as moist and flaky as the meat from its relatives.

In most cases, you’ll find that the Goliath grouper’s meat is too tough to eat raw, so it is mostly a cooked fish that requires a bit of time in a pot or pan to be tenderized enough to be easily eaten. There is one exception, though. The bone marrow that is found in a Goliath grouper’s vertebrae is considered a raw delicacy in many Asian countries. This jelly-like raw meat is said to help boost the immune system.

If you don’t plan to visit a foreign country any time soon, you probably won’t have the opportunity to eat a Goliath grouper, but if the U.S. relaxes its current ban on this humongous fish, you’ll definitely want to either catch one yourself or visit a seafood restaurant to taste the fish’s wonderfully-flavored meat. This is one fish that will provide you with many full meals no matter how you cook it up!