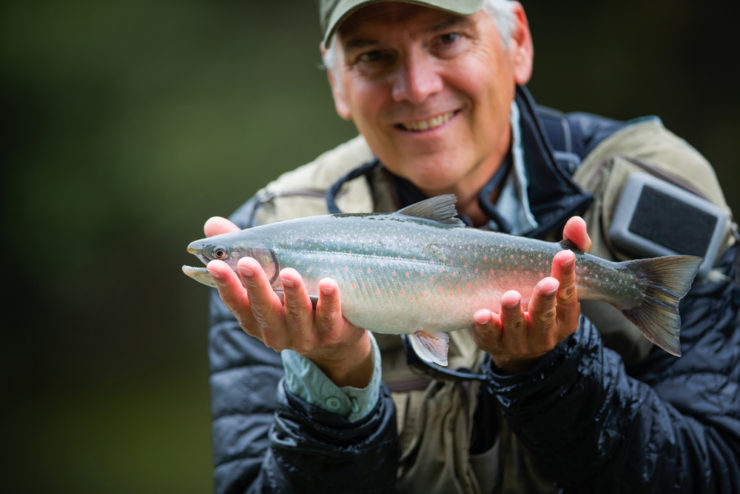 When you first lay eyes on a Dolly Varden, the first word that might come to mind is “trout.” But you’d be wrong in thinking that this light-spotted fish is anything but a coldwater char. The Dolly Varden was once considered a pesky pest and competitor to local salmon species.

But this orange-beaked fish is now prized as a gorgeous fresh-caught meal and trophy fish. However, it’s only native to a few coastal areas, streams, and rivers in Alaska, making it a relatively tricky catch for most of the nation’s most passionate fishers.

They can occasionally be found in saltwater off the coast, but they’re more plentiful in coastal areas, shorelines, streams, rivers, and lakes. They come in two major varieties, depending on their location.

The northern Alaskan Dolly Varden tends to be slightly larger than the southern or freshwater varieties and may take up to nine years to grow into full maturity. They can weigh more than 25 pounds and grow large enough to feast on waterborne rodents. 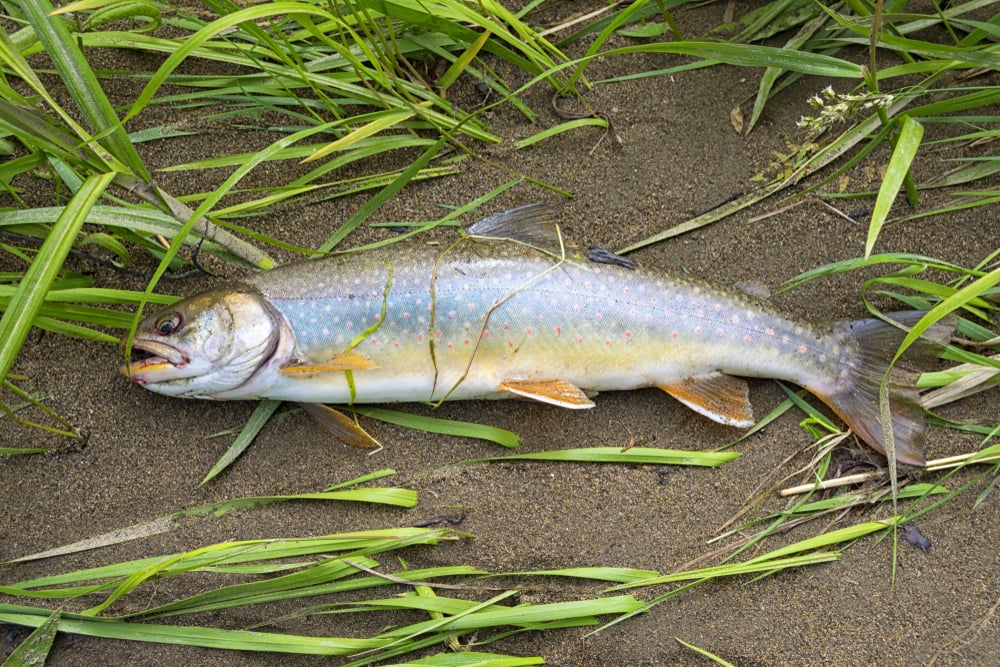 This species looks very similar to most types of trout and salmon. However, instead of having dark spots over a brown, orange, or green body, Dolly Varden have bright spots against a darker series of scales. These spots can be dark as well, but they’re always lighter than the surrounding tissue. Dolly Varden range in size and color depending on their gender, age, and location.

Still, they typically sport dark green or brown backs and lighter silver or orange bellies. The mouth of a Dolly Varden is remarkably similar to that of a trout, but it does have a stronger resemblance to a beak. The tips of this beak-like jaw may be tipped with orange in some morphs.

Additionally, Dolly Varden often has a more pronounced kype (or bottom lip) than other Arctic char or trout species. In general, Dolly Varden are said to have an aggressive appearance and a striking orange-and-green coloration.

The exact history of the Dolly Varden can be difficult to trace. Modern scientific classification of North American species is an ongoing project. However, the name for this particular type of fish was coined in California during the 1870s.

This gives us some idea of how the trout-like char entered American public consciousness. Interestingly, the name Dolly Varden was given to the species due to its resemblance to a specific type of brightly-colored fabric that was reasonably popular at the time. And this fabric was a reference to a character in a Charles Dickens novel from the 1840s.

As such, the Dolly Varden was inadvertently named by one of the most popular English writers of the 19th century!

To reach the spot where the most extensive recorded Dolly Vardan was caught, you’ll need to travel to one of the coldest regions of North America. Slightly north of the Bering Land Bridge National Preserve is a series of half-frozen lagoons and inlets.

One such ice-filled river (only a short paddle away from the Kivalina United States Postal Service office), the Wulik River, proffered up a Dolly Vardan that weighed more than 20 pounds and was 40 inches in length.

While this is a world record, likely, there weren’t many people around to help celebrate the catch. Still, some of the most impressive fish live in the most remote areas.

Dolly Varden has a life cycle similar to Pacific salmon but without such a morbid reproduction process. They’re spawned inland in cold freshwater streams. As they mature, they slowly make their way closer to the coastline, eventually braving into the ocean waters to live out their adult lives.

However, Dolly Varden doesn’t forget about their birthplace. Every autumn, mature breeding adults return to the stream of their birth and reproduce before swimming back out into the ocean. This ensures a consistent “flow” of juveniles attempting to survive and make it out into the Arctic or Pacific oceans.

Dolly Varden are typically only found in colder climates. They’re almost exclusively found off the coast of Alaska or in Alaskan streams and rivers. As such, they can be both freshwater and saltwater fish.

Still, if you’re hoping to reel one in, you might want to start researching the best surf fishing spots. That said, you’re likely going to need to book a trip to Alaska if you’re determined to catch Dolly Varden. The Eklutna Tailrace, a fishery that’s only a 40-minute drive northeast from Anchorage, is one of the most beloved spots for those hunting the elusive Dolly Varden. 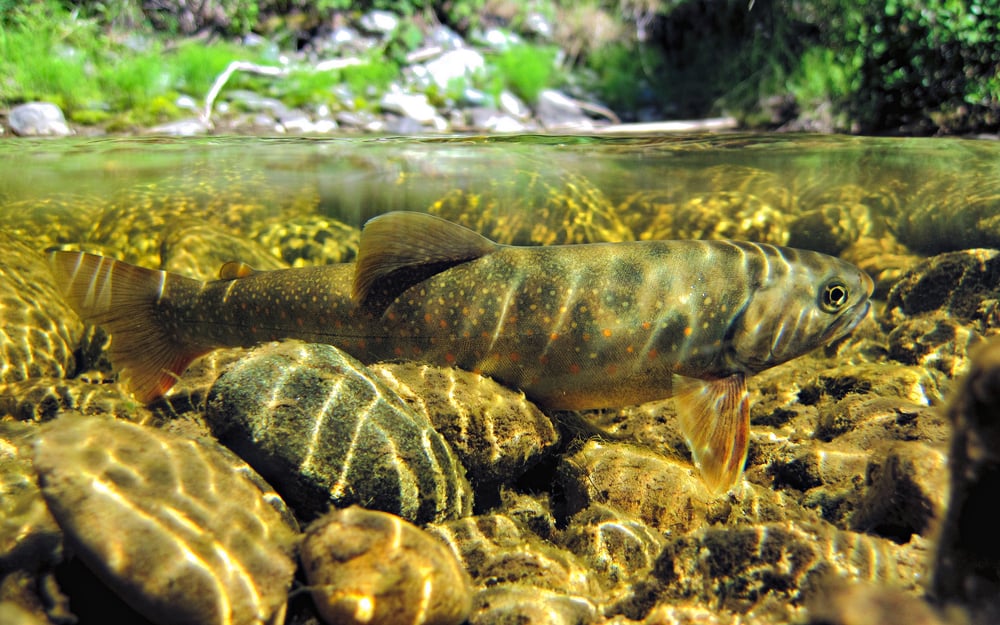 These hefty char consume a variety of different meals. Though they can grow over 30 inches in length, they’re not above gulping up insects or fish eggs. However, they’re also opportunistic eaters with primarily carnivorous diets.

This means that crabs and crustaceans are on the menu, as are smaller species of fish. Unlucky mice or rodents that happen to find themselves cornered by a Dolly Varden may also end up becoming fish food.

Because Dolly Varden are often relatively large, they make an excellent meal for seafaring mammals, including humans. However, many native bears also enjoy a freshly caught Dolly Varden, as do otters and sea lions.

Even the occasional bird may get into the act of snatching up a juvenile Dolly Varden, should the opportunity arise. The largest predator that hunts this species is the beluga whale, though humans probably pose a more significant threat over the long term due to pollution and overfishing.

Though they’re not an endangered species, their small numbers and select breeding and spawning locations have posed some concerns for wildlife agencies hoping to preserve their numbers.

Fortunately, only the most dedicated fishing enthusiasts tend to navigate the Alaskan wilderness in hopes of catching one, minimizing any current human impact on wild populations.

The right kind of tackle and bait for a Dolly Varden depends on your location, the time of year, and your goals. If you’re hoping to reel in a massive adult, you may want to travel out to the open ocean during the spring or summer months. A spinnerbait that looks like a real juvenile fish or fish dry should attract mature Dolly Varden to your line.

However, if you’re interested in hooking a juvenile (perhaps just to say you’ve caught one of these elusive creatures), you’re better off heading inland toward the streams during the summer and fall seasons. And if you’re going to be fishing in or near a river, you may want to opt for smaller bait, like flies.

You might even want to try your luck during the fall by positioning yourself near a brackish inlet and waiting for returning Dolly Varden to make an appearance. Of course, local fishing regulations and laws will help you decide on the safest and least harmful time to try and lure one in.

You’ll need to travel to Alaska or Canada to catch a Dolly Varden. If you’re a US citizen, it may be easier to opt for the Alaskan route. Not only will you be able to nix the passport, but you’ll also save a ton in currency exchange fees.

There are several Alaskan parks, nature reserves, and camping grounds teeming with aquatic life, including the Dolly Varden. If you’re determined to catch this relatively rare coldwater fish, you may want to spend some time wandering a few choice Alaskan shorelines, beaches, or rivers. Just be sure to bring a jacket and plenty of reading material for the wait. 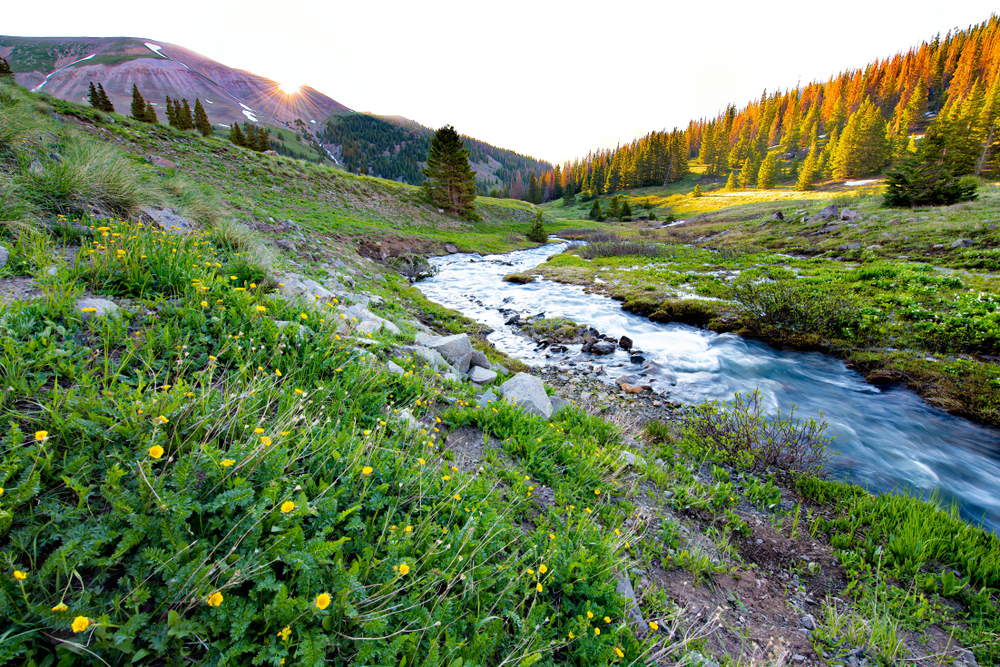 Like other types of coldwater fish, Dolly Varden is an excellent source of omega-3 fatty acids. As such, occasional meals featuring this type of fish may be part of a heart-healthy diet. Eating a Dolly Varden requires some preparation, as the cook will want to descale and gut the fresh fish before washing it clean.

Many recipes feature whole char, head included. You don’t have to bake or fry your Dolly Varden whole, though doing so may help the fish meat retain more of its flavor. Still, if you’d instead enjoy fillets, you should remove the head and tail after tossing the guts and descaling the body.

You should then carefully separate the skin from the flesh, carving around any bones you may encounter. This allows for a bone-free fillet that is easy to cook and serve. To create steaks, simply cut your fish straight through, bone and all.