Home > Trout Fishing > How Big Do Trout Get?

How Big Do Trout Get? 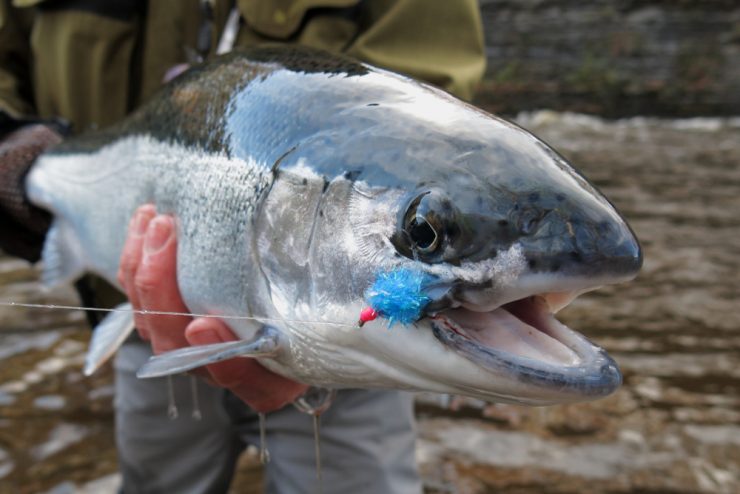 If you’re wondering how big do trout get, keep in mind that an average size trout is about ten to twelve inches long.  If you’re fishing and catch a smaller trout than that, toss it back to give it a chance to grow larger.

Steelhead live for a couple of years in freshwater before moving to the ocean, so they usually grow bigger than rainbow trout to survive.

Rainbow trout typically max out at 13 inches long, but some have been as long as 20 inches. They weigh anywhere from two to eight pounds.

Steelhead can grow to be 30 pounds, but they average between five to 14 pounds. They can be 45 inches long.

The largest sea trout on record was 28 pounds. If they live in ideal conditions, sea trout can grow as large as 44 pounds and 50 inches long.

Their average size can range from 14 to 24 inches long, weighing anywhere from one to five pounds.

The largest brown trout caught weighed in at just over 42 pounds. A fisherman caught it in a New Zealand canal, where it’s not rare to find brown trout weighing more than 20 pounds.

In the United States, fishers have caught brown trout as large as 38 and 41 pounds. These brown trout range from 38 to 43 inches long.

Trout are typically 12 to 14 inches long and weigh about eight pounds.