Are Trout and Salmon Related? 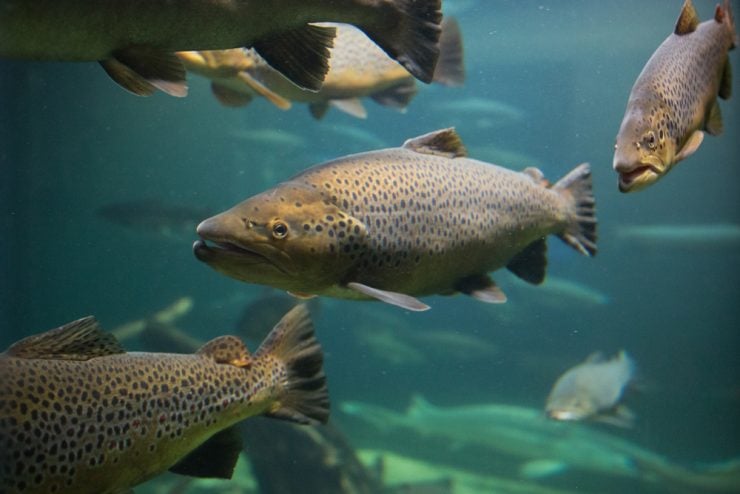 Salmon and trout are closely related, so much so that some fishermen and scientists often have trouble classifying the species individually. They are two of the most popular fish on the market for food and sport. However, their names don’t necessarily describe their exact scientific classification. One example is that Atlantic salmon are related more closely to brown trout than other salmon species.

Trout and salmon are part of the same salmonid family, along with char, whitefish, and grayling. What distinguishes this classification of fish is that they require cool and clean water to live. They also need a safe and healthy habitat. Their population is susceptible to threats from invasive plants and species, making it more important to provide them with the right environment to survive.

Trout are technically a freshwater and saltwater fish species, while salmon spend most of their lives in saltwater. However, due to similar traits that make it difficult to tell individual fish apart, they are often known by different names. For example, rainbow trout and steelhead salmon are the same fish. “Steelhead” refers to fish that swim to the ocean, while “rainbow” fish are landlocked and unable to make it to saltwater.

Similarly, the sockeye salmon is known as the silver trout or kokanee when it lives in freshwater. The Atlantic salmon was also reclassified as a trout after DNA tests were conducted.