The Splake, aptly named because it’s a cross between the male Brook trout (or speckled trout) and the female Lake trout, is also known as the “wendigo” fish. It’s often found in bodies of water with temperatures around or below 65℉.

The cross-bred trout is found primarily in sport fishing lakes across the United States, rarely reproduces in the wild, feeds on small prey, and tastes delicious! This weird creature is a wondrous and unique fish that makes an exciting story to recount if you catch one.

Scientifically known as the Salvelinus namaycush X Salvelinus fontinalis, the cross between the Brook trout and the common lake trout is challenging to recognize off the bat. Since it’s a cross-breed and has limited success with reproduction, it’s viewed more like a sporting fish than a typical fish.

The body and tail of the Splake make them stand out, yet also make them easily mistaken for a Brook Trout to the untrained eye. Their uniqueness is in their size and pattern because it could quickly look like both the Brook trout and Lake Trout. If you come across this fish in the wild, consider yourself pretty lucky. 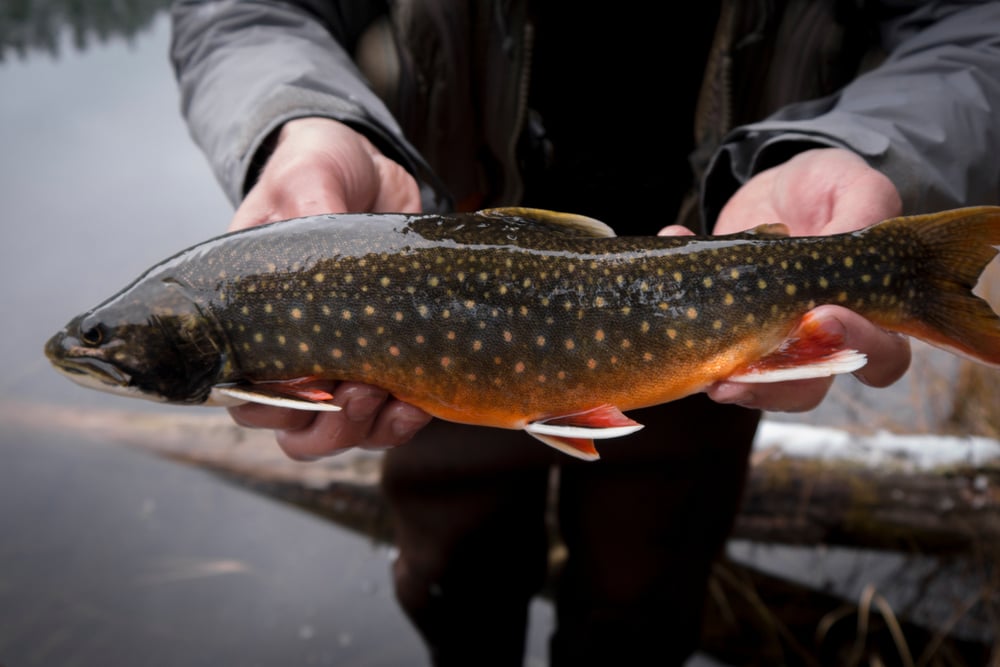 If you catch one, there’s another way to see if it’s a Splake or one of its progenitors: open it up and count how many indentations are on the large intestine. The pyloric caecum is what to watch out for. If the count is north of 60, you’ve landed a Splake. If it’s less, you’ve landed one of its parents.

Records indicate that the first split came to be in the late 1950s. Splake are located across the United States and Canada in cold bodies of water.

In recent times, Splake are a staple in Ontario waters for years. Their prominence in that area has made for great fishing and easy catches. If you’re around that area, chances are you’ll get a few to bite! 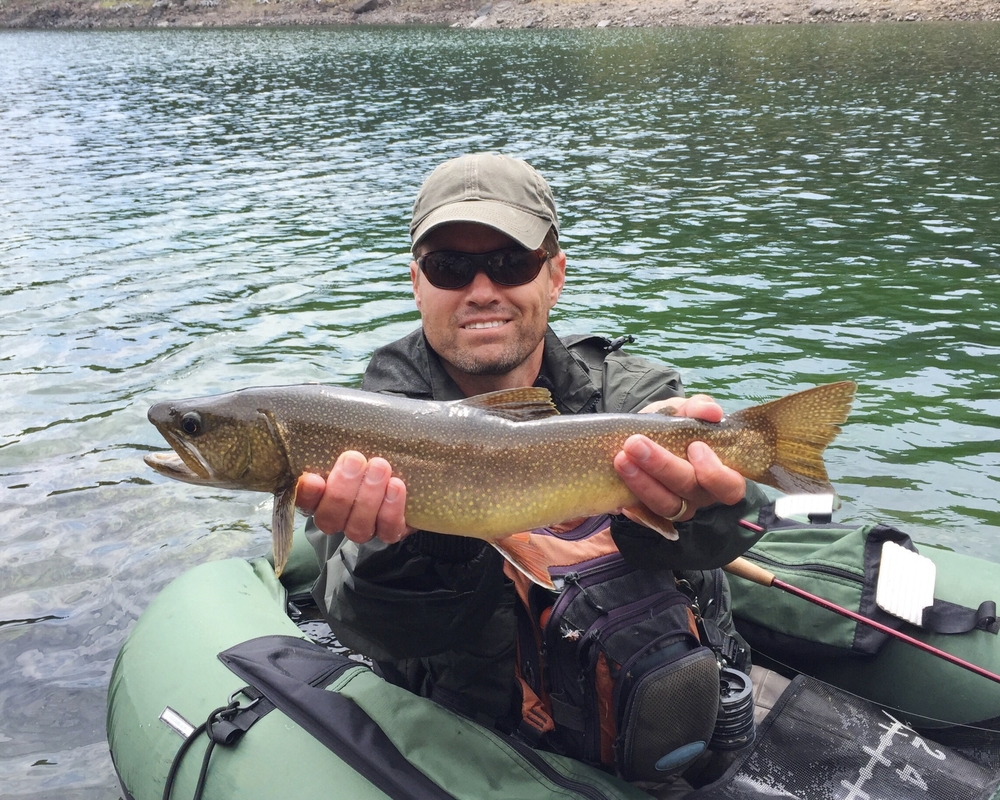 Splake are known for being about 10-18 inches in length. But, there’s always an anomaly in the world. The largest on record is about 30.5 inches that was found in Utah in November 2017. That is extremely atypical for the wendigo fish, and it was caught in very shallow water. Splake are likely to be deep swimmers to be in colder temperatures. It’s sporadic for that large of a hybrid to get caught in those conditions.

Brook trout will live about two or three years (longer if they’re in a school of trout). Lake trout have the luxury of living much longer, on average about 20 years. Some will even live as long as 50 years!

Splake have the misfortune of having the average age of their male parent, with an approximate average age of four. Not much research is available of them living in the wild since they are mostly born and bred in hatcheries, and reproduction in the wild is practically nonexistent.

As mentioned above, Splake are most likely born and bred in controlled environments. The descendant of two widespread fish is uncommon in the wild. Splake are typically bred and found in hatcheries. From there, they are found in lakes and ponds with temperatures of about 65℉. As they prefer colder temperatures, they will be in shallower waters in the springtime if there is ice on the water. 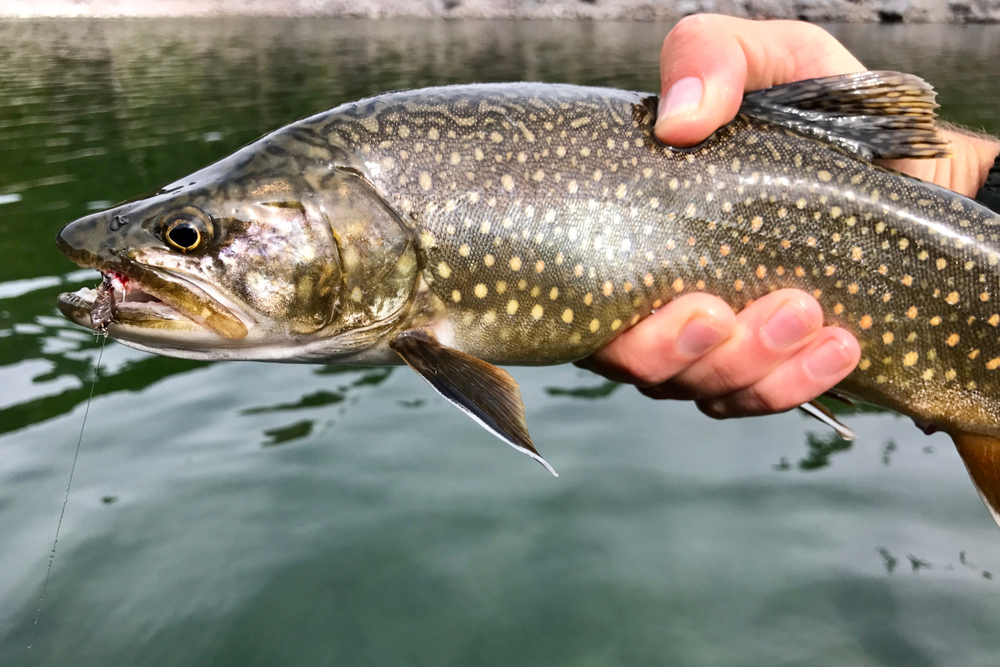 Splake are known to eat a variety of different things. Since they’re bred in hatcheries, they eat soft food like fish eggs at the start of their life cycle. As they age, the diet will expand to sturdier, bonier animals. Among the popular foods they consume are small fish, crayfish, plankton, and insects. They’re also likely to consume other trout if they’re in the same vicinity.

Not too much data exists on what will threaten the habitat of Splake. Since they are dispersed across North America and most commonly bred in hatcheries before release for sport fishing, the likely threat to the species is overfishing. With much of North America under strict catch-and-release guidelines, the likelihood of the species dying out is minimal. 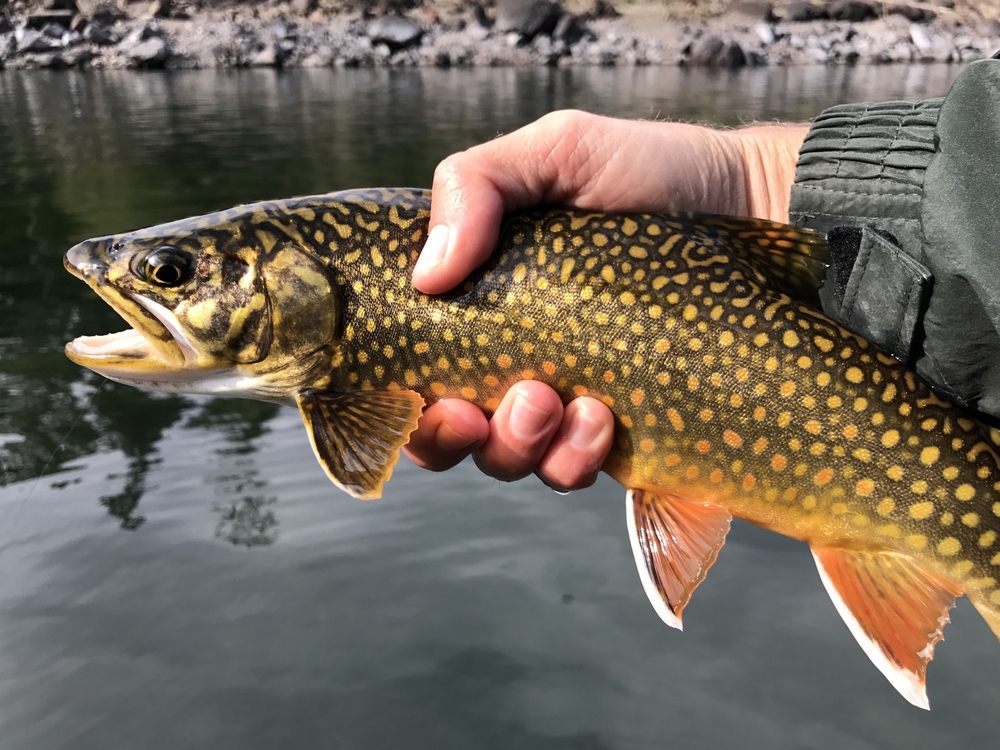 A minnow is your best bet as Splake bait. If you’re up for it, using a golden shiner will work just as well to capture their attention. They are pretty easy to catch, so while it may not take a lot to reel them in, using minnows on your hooks is a sure-fire way to bring them to you.

When it comes to technique, these are pretty effective methods:

Splake are prominently found in Northern Ontario. If you don’t live in Ontario, don’t fret. Locations in the US include states like Maine, Minnesota, Michigan, New York, and Wyoming. Rivers and lakes are a sure thing for trying to catch them.

Eating a splake is much like eating any other trout or salmon. Grilled, fried, baked, or smoked, you won’t go wrong with this as your entree. Beer-battered with a light brown crust and some hot sauce or tartar sauce on the side is always a good way to go.

If you’re looking for a particular recipe, consider this one, courtesy of iceshanty.com:

Take a baking pan and spray or drizzle some olive oil across the surface. Take the skinned filet, lay across the pan, and drizzle with some lemon pepper and salt. If you’d like, you can add a thin layer of mayonnaise for flavor. If you’re feeling fancy, add a thin layer of crumbled mushrooms and diced onions. Sprinkle on some parmesan cheese and throw in the broiler for about 15 minutes.

When the cheese turns a light golden brown color, the filet should be good to go. Take a bite and you won’t be upset at the masterpiece you’ve just made.