What Size Hook for Trout?

When you’re fishing for trout, having the right hook can make all the difference towards a successful catch. Trout tend to be observant fish, so you need something small enough that it doesn’t attract attention. At the same time, you also need a hook that’s large enough to latch a struggling trout. So, what size hook for trout is best? 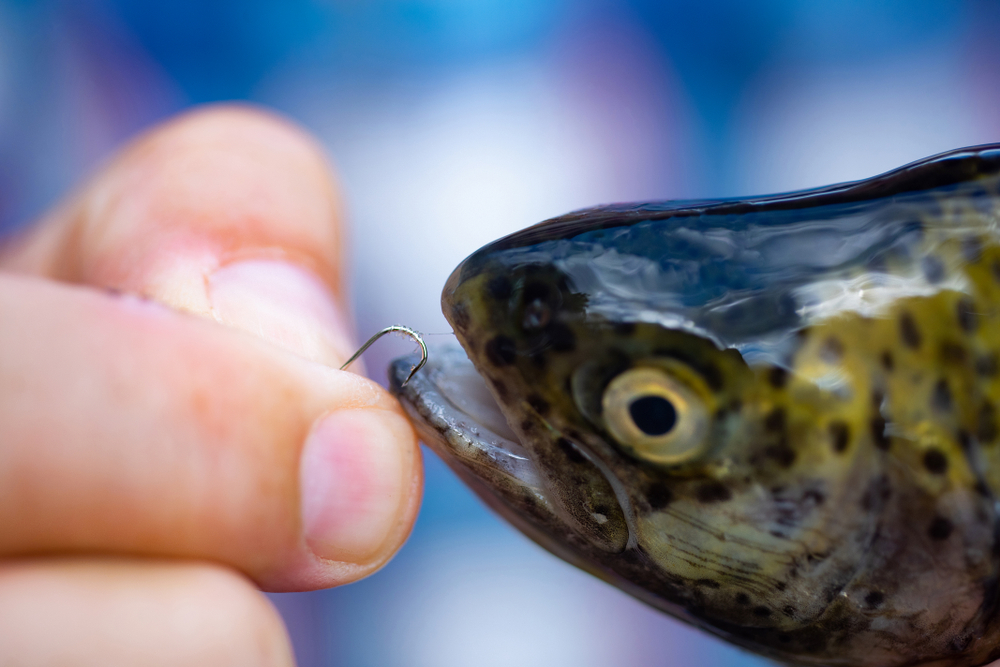 Hooks are measured using two sizes. The number size scale, or normal scale, tells you how large a hook is overall. A size one hook is the largest available in this range, while each subsequent number the hook size gets smaller. For example, a size four hook is larger than a size five hook, which is, in turn, larger than a size 6.

Manufacturers use aught sizing most often for oversized hooks used for fish such as tuna and marlin. In general, anything measured in aughts will be too large for trout fishing. You’ll find options in the ideal size range labeled with the normal scale.

If you’re not sure what size hook for trout, small species such as brook trout do best with something between sizes 10 to 12. When fishing for larger species such as rainbow trout, you may want to opt for a hook between sizes 6 and 8. You won’t usually have to go any larger than a size 6 with trout.