Do Trout Have Teeth? 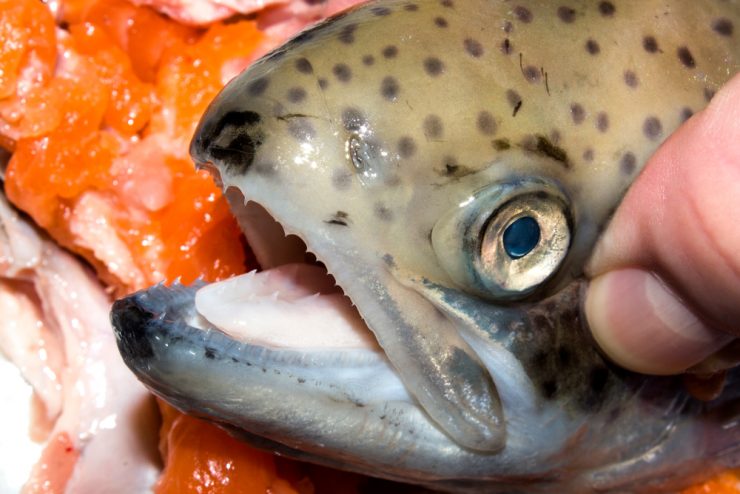 It may shock you the first time you open up a trout’s mouth to find a double row of fangs inside. Unlike most fish, trout have several sharp teeth that can become very large as the fish grows.

It’s never a good idea to stick your finger inside a larger trout’s mouth, unless you want to end up with a painful bite that can even draw blood.

Do Trout Have Sharp Teeth?

Rather than having rows of chompers on both jaws like many prey-eating mammals, trout grow a strip of vomerine teeth on the roof of their upper jaw. These kinds of teeth are typically found in carnivorous fish, who use them to hold onto prey and move it down their throat.

As male trout mature, they also develop a hook-shaped form on the upper or lower jaw, known as a kype. This beak-like feature can act as a tool for catching and holding prey.

You can look at a trout’s teeth if you ever need to identify your catch from a salmon. Both species have vomerine teeth, but a salmon only has one row in the center of its upper jaw. A trout will have a double row of teeth going back to the throat.

If you’re dealing with a smaller trout, you may be clear to use your finger to remove the fly from its mouth. However, larger trouts over one foot could pack a nasty bite, especially if they mistake your finger for a worm.  So be careful if you are trying to take your lure from their mouth.

So if you were wondering do trout have teeth, now you know!